Another Arms and Ammunition Haul by INS Sunayna 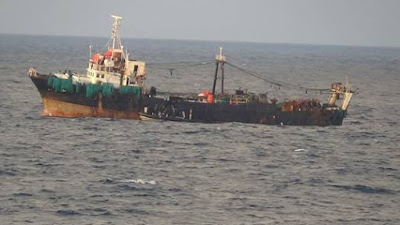 On 13 Dec 18, Indian Naval Ship Sunayna, an Offshore Patrol Vessel (OPV) of the Southern Naval Command based at Kochi, while being mission deployed, carried out a Visit, Board, Search and Seizure (VBSS) operation on sighting a suspicious fishing vessel approximately 20 nm off the coast of Somalia in the Horn of Africa. The successful operation resulted in seizure of illegal arms such as five rifles that included AK-47 and 471 rounds of ammunition. After confiscation of the arms and ammunition to prevent their illegal use by the crew for piracy related activities, the fishing vessel was allowed to proceed further.

INS Sunayna has been deployed for anti-piracy patrol in the Gulf of Aden since 06 Oct 18. The ship had earlier seized six AK-47s and one Light Machine Gun in a previous search operation conducted on 09 Nov and 07 Dec 18. The vigilance exercised by the Indian Navy (IN) ships reiterates the commitment of India towards ensuring safe seas for Indian as well as international seafarers in the Indian Ocean Region (IOR).

The international effort to combat piracy in the Gulf of Aden/ East Coast of Somalia region involves participation of many countries such as India, China, Japan, United States, Russia, Pakistan and the European Union Nations. Warships operating in this region for combating piracy are authorised by the United Nations Security Council Resolution (UNSCR) 2383 (2017) to board vessels suspected of illegal activities. 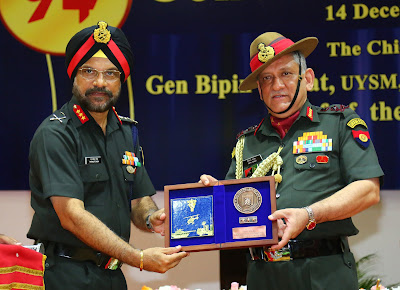 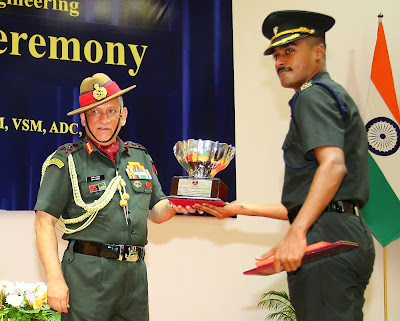 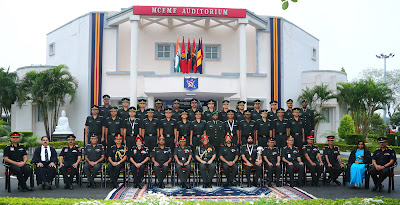 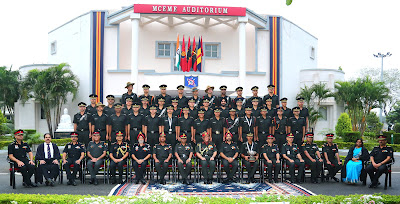 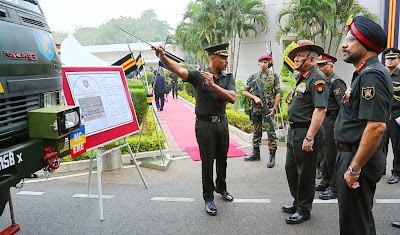 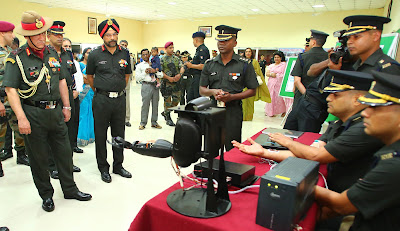 General Bipin Rawat, UYSM, AVSM, YSM, SM, VSM, ADC, Chief of the Army Staff  conferred engineering degrees to 27 Officers of Degree Engineering (DE-99) and 40 Officers of  Technical Entry Scheme Course (TES-30), in a smartly conducted Convocation Ceremony at Military College of Electronics and Mechanical Engineering (MCEME), Secunderabad today. The 67 officers include two women officers and two officers from Rwanda. The affiliation of JNTU and MCEME for conferring the B Tech and M Tech degrees, empower the officers with the confidence to undertake the challenging tasks of providing effective combat engineering support to the Indian Army during both peace and war.  It was a rare honour and proud moment for the Technical Student Officers to receive their degrees and awards from General Bipin Rawat in the presence of their families. Speaking on the occasion General Rawat said “We live in an India which is marked by increasing economic activity, education, social growth, gender equality, urbanization and infusion of technology, all of which will bring wonderful opportunities and challenges. As techno warriors of the future, you must take responsibility of your future course and harness the opportunities. Future battle space will be dominated by guided missiles, artificial intelligence, unmanned platforms and network centric warfare. As can be well imagined, army tech warriors will be at the forefront for sustenance of these weapon systems.” The impressive Ceremony was attended by a host of senior dignitaries from military and civil administration and an august gathering of more than 300 Service personnel and their families.   While delivering the inaugural address Commandant MCEME Lieutenant General Paramjit Singh, VSM said, “We at MCEME have a well qualified and self motivated teaching staff, state of the art facilities in the form of laboratories, integrated class rooms, IT infrastructure. The college has recently linked up with the national knowledge network and is in the process of setting up procedures to harness the large knowledge pool existing in premier educational institutions like IIsT, IIsM, ISB, JNU and JNTU Hyderabad.”   The graduating officers had to design & fabricate projects that met the requirements of the Field Army, as also to demonstrate their knowledge in futuristic technologies as part of their training curriculum. Major General TSA Narayanan, Deputy Commandant & Chief Instructor, MCEME said, “The Army Chief was highly impressed with the quality of student projects and he complimented the College for the same”.  Military College of Electronics and Mechanical Engineering, Secunderabad was established in 1953. Over the years the College has developed into a premier training institution of the Indian Army. The training standards of the College have been recognised and College has been rewarded with Prime Minister’s Awards for various Students Projects and Director General of Civil Aviation accreditation for Type Training Establishment. The MCEME trains technical capital for providing sustainment and engineering support to the complete equipment of the Indian Army.