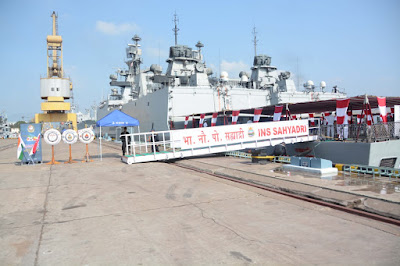 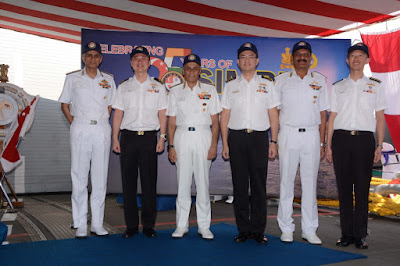 Rear Adm Dinesh K Tripathi, Flag Officer Commanding Eastern Fleet welcomed the Guests to the historic occasion to commemorate the 25th edition of the bilateral exercise between the two navies of India and Republic of Singapore.  Speaking on the occasion, Adm Sunil Lanba highlighted that SIMBEX is the longest un-interrupted bilateral maritime exercise that India has had with any navy.  The importance of this achievement was also flagged by the Hon’ble Prime Minister at the Shangri La Dialogue in June this year.  He also reiterated that naval cooperation through SIMBEX underscores the shared commitment of both nations to security, safety and freedom of navigation and overflight in the global commons.   The 25th edition of SIMBEX is the largest in terms of complexity, weapon firings and maritime geography. He concluded by reminding the audience the motto of the Republic of Singapore Navy ‘Beyond Horizon’ while that of the Indian Navy ‘Sam No Varunah’ which translates to ‘May the Ocean Gods be Auspicious Unto Us’.  As the Silver Jubilee of the maritime bilateral exercises progress, he wished SIMBEX to go Beyond Horizons and in the process, let the ocean gods be auspicious unto both the navies.

Addressing the gathering, Adm Lew Chuen Hong, Chief of Navy Republic of Singapore Navy referred to the historic maritime links through maritime trade of both countries dating back to 3rd and 4th century.  He brought out that Singapore and India are like minded countries that share similar outlook towards preserving freedom of sea following rules and norms laid down in UNCLOS.  He highlighted the special relations that both navies have through substantive interactions.  Corner stone for Navy-Navy relations is SIMBEX which stated as a basic anti-submarine exercise in 1994 as ‘Lion King’ has grown from strength to strength.  The 25th edition of SIMBEX is the largest ever participation by the Singapore Navy in any bilateral exercise.

To mark the historic occasion and as a symbol of growing trust and comfort levels between the two navies, a special Logo was also released. The occasion was also utilised to simultaneous release Special Postal Cover and Singaporean Postage Stamp on SIMBEX. 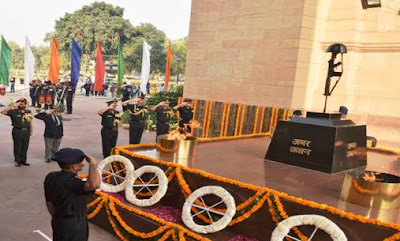 “238TH Corps of Engineers Day” was celebrated on 18 Nov 2018. On this occasion, Lt Gen SK Shrivastava, Engineer-in-Chief and all senior serving and retired offrs laid wreaths and paid homage to the braves in a solemn ceremony at Amar Jawan Jyoti. A function was also organised at Kashmir House, New Delhi to honour the achievers of the Corps in the fields of technical competence, professional excellence, sports and adventures.

The Corps of Engineers provides combat engineering support, develops infrastructure for armed forces and other defence organisations, maintains lines of communication along India's borders and provides relief to populace during natural disasters. These tasks are executed through four pillars of the Corps – Combat Engineers, Military Engineering Service, Border Roads Organisation and Military Survey.

The raising day is celebrated to commemorate the raising of the first engineering company in 1780. The modern day Corps of Engineers has three groups: Madras Sappers, Bengal Sappers and Bombay Sappers which were amalgamated into the Corps on 18 Nov 1932. 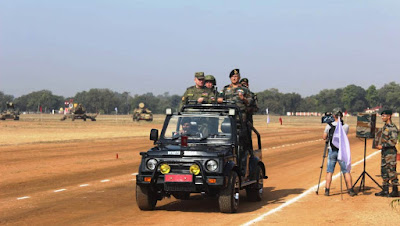 The aim of the exercise is to practice joint planning and conduct to enhance interoperability of the two armies in the peace keeping and enforcement environment under the aegis of United Nations. The eleven day exercise focuses upon training on enhancing team building and tactical level operations in a counter insurgency environment in semi urban terrain.