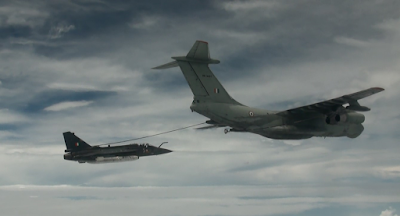 In a significant achievement and a major step towards Final Operational Clearance (FOC) of LCA Tejas, the mid-air refuelling of ‘wet contact’ trial for LCA Tejas MK-1 was successfully carried out today from an Indian Air Force base. The trial was a part of the Air-to-Air refuelling flight tests conducted by IAF.
Before this ‘wet contact’ trial, the ‘dry contact trials’ were successfully conducted on September 04 & 06, 2018 where the Drogue (basket) extended from the IAF tanker aircraft by a fuel hose, was tracked and plugged into using the aircraft refuelling probe without taking fuel. IAF provided all required support to DRDO including the tanker aircraft for the successful test flight.
The Air-to-Air refuelling capability for LCA is a ‘force multiplier’ for the IAF, giving the aircraft the potential to stay airborne for much longer periods of time.
The enhanced range and endurance in air is expected to provide IAF a host of options in exploiting the operational potential of the LCA as well as to participate in international exercises without having to stage through several locations enroute.
Raksha Mantri Smt Nirmala Sitharaman has complimented DRDO-ADA, IAF, HAL and other agencies involved in the mission.

Bengaluru, September 10, 2018: The Light Combat Aircraft (Tejas LSP8) has successfully completed the Wet (actual) engagement today by transferring 1900 Kgs fuel from IAF IL78 mid-air refueling tanker. The refueling was carried out at an altitude of 20000 ft.  The aircraft speed was 270 knots and all the internal tanks and drop tanks were refueled. A few days ago, the successful dry docking of aerial refueling probe with mother tanker was carried out on September 4 and 6, 2018,

With this, India joins the elite group of countries who have developed the Air-to-Air (AAR) system for military class of aircraft, says Mr R Madhavan, CMD, HAL.

Piloted by Wg Cdr Siddarth Singh of NFTC, this significant milestone was achieved today at 0930 hrs with designers from HAL and ADA closely monitoring the system parameters from the ground station at Gwalior.

The performance of aircraft systems (mainly Fuel & Flight controls systems) during the trial were in-line with the design requirements and was closely matching with the results of extensive ground tests of air-to-air refueling system.

Indo-Mongolia joint exercise Nomadic Elephant-2018, commenced today at Mongolian Armed Forces (MAF) Five Hills Training Area, Ullanbaatar, Mongolia with a brief but impressive opening ceremony. The 12 days long joint exercise will be conducted from 10 Sep to 21 Sep 2018. Exercise Nomadic Elephant is an annual, bilateral exercise since 2006 which is designed to strengthen the partnership between Indian Army and Mongolian Armed Forces. The exercise will see them improve their tactical and technical skills in joint counter insurgency and counter terrorist operations in rural and urban scenario under United Nations mandate.
The Indian contingent is represented by a contingent of 17 PUNJAB Regiment while the Mongolian contingent is represented by Unit 084 of the Mongolian Armed Forces. Major General J.Badambazar, Mongolian Army welcomed the Indian soldiers and in his inaugural remarks highlighted the common shared beliefs of freedom, equality and justice that are precious to both nations.The opening ceremony started with briefing on Army organization and country presentation including display of weapons and equipment at sub-unit level.

During the exercise both sides will jointly train, plan and execute a series of well developed tactical drills for neutralisation of likely threats that may be encountered in urban warfare scenario. Experts from both sides will also hold detailed discussions to share their experience on varied topics for mutual benefits. Exercise Nomadic Elephant-2018 will contribute immensely in developing mutual understanding & respect for each others military and also facilitate in tackling the world wide phenomenon of terrorism. 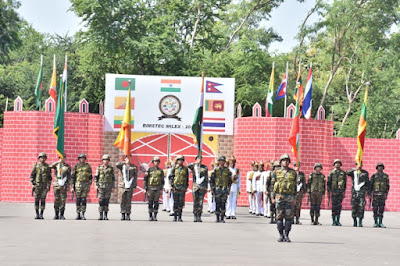 The Inaugural Military Field Training Exercise for the Bay of Bengal Initiative for Multi Sectoral Technological and Economic Cooperation nations named MILEX-18 scheduled from 10 September 18 to 16 September 18 started with a Grand Opening Ceremony on  10 September 18 at Aundh Military Station.  Contingents of the member nations came together for the Opening Ceremony. The Parade was Commanded by Captain Gaurav Sharma, who is part of the participating Indian contingent. The Contingents marched together smartly at the Drill Ground of Aundh Military Station.  Major General Sanjeev Sharma, General Officer Commanding, Golden Katar Division, Chief Guest for the Opening Ceremony, reviewed the Parade, in presence of number of Officers and officials of participating nations. During the parade there was also a fly past of Army Aviation helicopters who carried the National flags of the member nations. The General Officer Commanding interacted with the Contingents after the completion of the Parade. The members of all participating nations also interacted and familiarised with each other after the Opening Ceremony.

The aim of the forthcoming exercise is to practice the BIMSTEC Nations in planning and conduct of counter terrorist operations. The exercise schedule is focused upon learning of best practices, team building & special tactical level operations in a counter-terrorist environment in semi urban setting.
The inaugural edition of the BIMSTEC MILEX 18 was carried out in all Military grandeur, razor edge precision and with complete sanctity that a Military Parade should display.

The meeting had representation from polo fraternity which included all the officials, zonal stewards, professionals & amateur players, serving officers of all three Defence Services, Para Military Forces and patrons of the game.
It was decided that the Jaipur Polo ground in Delhi would be renovated to bring it at par with International standards. Jaipur polo ground hosts most of the Polo Matches with foreign teams & players. The improvement of the ground would ensure better performance with lesser injury to both horses and players.
Issue of player and horse safety was also discussed at length with serious concerns for evolving modus operandi for the safety of equines and players.
Argentina Polo Association has agreed to collaborate to improve polo in the country. As per the understanding, player exchange programmes, bilateral tournaments and training of young & budding polo players in Argentina has been agreed upon. IPA has already sent four young players to Argentina for training.
IPA also recognised Manipur as the origin of modern Polo and it included Manipur Polo as an important entity in its ambit, which would help promoting the Manipur polo at international level. 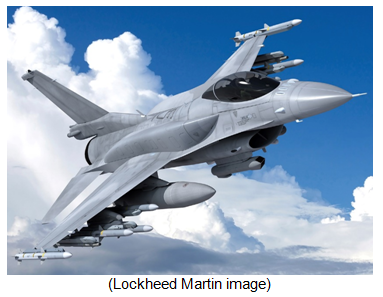 Lockheed Martin Corp. announced today an agreement to commence production of F-16 wings in India. This strategic initiative positions Tata Advanced Systems Limited’s (TASL) to become the provider of wings for all future customers and strengthens their role in the F-16 global supply chain.

TASL is Lockheed Martin’s strategic industry partner in India. Producing F-16 wings in India will strengthen Lockheed Martin’s strategic partnership with Tata and support ‘Make in India.’ The planned F-16 wing production move to India is not contingent on the Government of India selecting the F-16 for the Indian Air Force. “Building F-16 wings in India is a natural next step that builds on our successful partnerships with Tata on the C-130J [airlifter] and S-92 [helicopter],” said Vivek Lall, Vice President of Strategy and Business Development for Lockheed Martin Aeronautics. “This is a strategic business decision that reflects the value of our partnerships with India and the confidence we
have in Tata to perform advanced defence manufacturing work and deliver world-class products.” Lockheed Martin’s broader proposed F-16 partnership with India—to produce F-16s exclusively in India for the Indian Air Force and export customers—stands firm. Lockheed Martin recently  submitted a comprehensive, fully compliant 600-plus page Request for Information (RFI) response to the Indian Air Force.

To date, 4,604 F-16s have been procured by 28 customers around the world. Approximately 3,000 operational F-16s are flying today with 25 leading air forces, including the U.S. Air Force.