As part of the ongoing Indo-US defence cooperation, a joint military training Exercise Yudh Abhyas 2018 is scheduled to be conducted in the foothills of Himalayas at Chaubattia in Uttarakhand from 16 September to 29 September 2018.  This will be the 14th edition of the joint military exercise hosted alternately by both countries.

The joint exercise Yudh Abhyas 2018 will simulate a scenario where both nations will work together in counter insurgency and counter terrorism environment in mountainous terrain under United Nation charter. The two week exercise will witness participation of about 350 personnel of the US Army and similar strength of the Indian Army. The exercise curriculum is progressively planned where the participants are initially made to get familiar with each other’s organizational structure, weapons, equipment, confidence training and tactical drills. Subsequently, the training advances to joint tactical exercises wherein the battle drills of both the armies are coherently unleashed. The training will culminate with a final validation exercise in which troops of both countries will jointly carry out an operation against terrorists in a fictitious but realistic setting.

Over the years the two countries have decided to progressively increase the scope and content of this joint exercise. Exercise Yudh Abhyas 2018 will witness a Division Headquarter based Command Post Exercise, an Infantry Battalion carrying out Field Training Exercise and discussions on issues of mutual interest by experts of both countries.

Both armies have vast experience in active counter insurgency & counter terrorism operations and sharing each other’s tactics & drills in such diverse environment is of immense value. The exercise is a great step for the armies of the two democratic countries to train together and gain together from each other’s rich operational experiences. The latest exercise will help further build interoperability between the forces of both the nations. 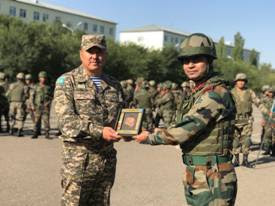 Exercise KAZIND-2018, a joint military exercise between Indian and Kazakhstan Armies, commenced in Otar Military Area, Kazakhstan. The opening ceremony was held today during which the Kazakhstan and Indian soldiers stood side by side and gave ceremonial salute to General Major Dzhumakeev Almaz, Deputy Commander for Battle Training, Kazakhstan Army reviewing the ceremony. This is the third edition of joint military training exercise between Indian Army and Kazakhstan Army. The 14 day long joint exercise is being conducted from 10 Sep to 23 Sep 2018.
The Kazakh contingent is represented by Military Base 85395 while the Indian side is represented by 5 LADAKH SCOUTS Regiment. General Major Dzhumakeev Almaz, welcomed the Indian contingent and in his inaugural remarks highlighted the common shared beliefs of freedom, equality and justice that are precious to both the nations. The magnificent opening ceremony conducted today started with briefing on Army organization and country presentation by both countries including display of weapons and equipments used by the Kazakhstan Army at sub-unit level.
The joint training aims to build & promote army to army relations and exchange skills & experiences between Indian Army and the Kazakhstan Army.  Due emphasis will be laid on increasing interoperability between forces from both countries which is crucial for success of any joint operation.  Both sides will jointly train, plan and execute a series of well developed tactical drills for neutralisation of likely threats that may be encountered in urban warfare scenario. Ex KAZIND-2018 will contribute immensely in developing mutual understanding and respect for each other’s military. 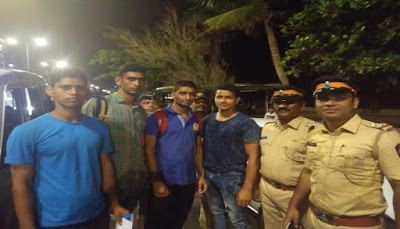 Three young sailors of the Indian Navy, Akash ME I, Dhananjay, SEA I, and Vishwakarma ME I, were instrumental in rescuing a man who had fallen into the sea off Marine Drive on the night of 09 September.

The sailors were visiting Marine Drive when they noticed people gathering at a spot nearby. On reaching the spot, they observed a man drowning about 150 m into the sea. The man's hands were seen flailing as he struggled to stay afloat.

Akash, a Ship's Diver, Dhananjay, a good swimmer, and Vishwakarma, a Marine Commando, immediately jumped into the water and swam out towards the drowning man. They brought the man to safety and administered CPR since the man had, by then, become unconscious. Once the man began breathing and regained consciousness, the sailors handed the man over to the local police. Their selfless and prompt act of bravery is in keeping with the finest traditions of the Indian Navy. 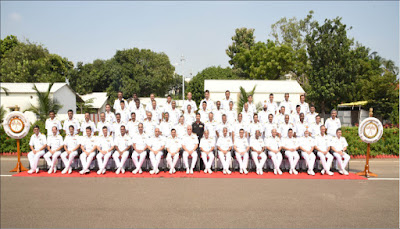 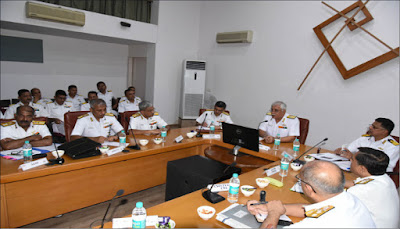 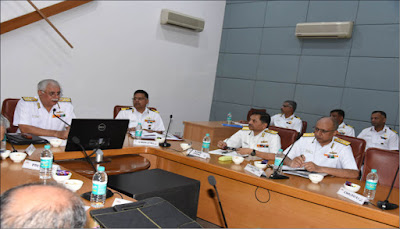 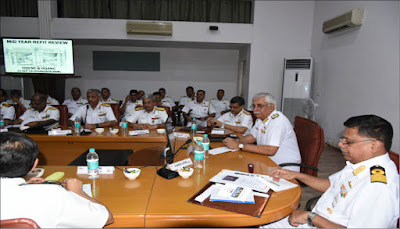 Delivering the keynote address during the inaugural session, Vice Admiral GS Pabby complimented performance of all stakeholders in refitting the ships and submarines. He lauded the progress made on all the technological aspects of Machinery, Hull, Weapon & Sensors and emphasized on the continual improvements in synergising the refitting and logistic functions for timely completion of refits for ensuring combat ready platforms.

Mid Year Infrastructure Review meeting will be held on 12 Sep to review the progress of various infrastructure projects on the Eastern Seaboard and in the Andaman and Nicobar Islands. 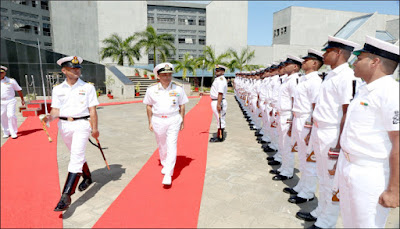 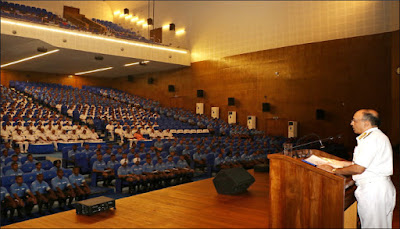 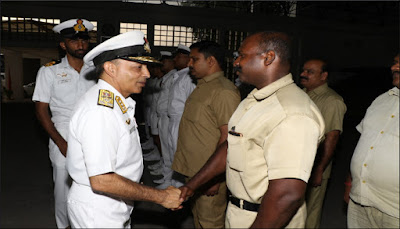 The C-in-C was briefed on training activities and progress of ongoing infrastructure projects at INA and INS Zamorin. He also addressed trainees, officers, faculty and instructors of INA. The Admiral interacted with officers, sailors and civilian staff of INA, INS Zamorin, and INHS Navjivani who were actively involved in the Humanitarian Assistance and Disaster Relief operations and provided diving assistance for clearing the blockage at Pazhassi Dam during the recent floods in Kerala.

During his visit, the C-in-C inaugurated Pratap football field at INA. The field is  named after Lt Cdr Surendra Pratap Singh, who is a member of Navy and Services football team, participated in tournaments like Santosh trophy and Durand cup and was also instrumental in affiliation of Naval referees to the All India Football Federation. 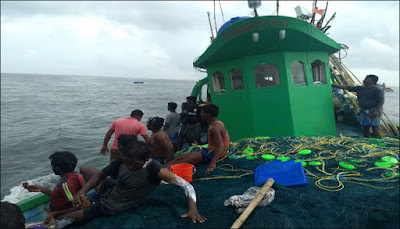 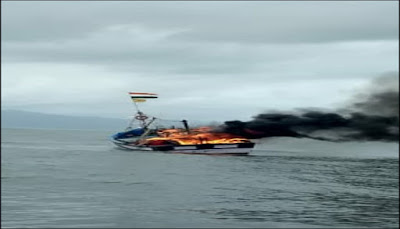 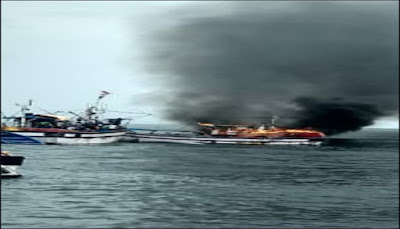 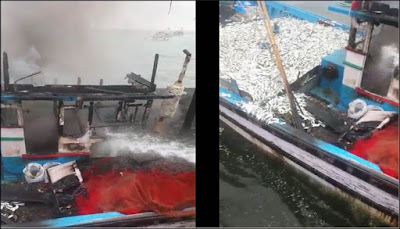 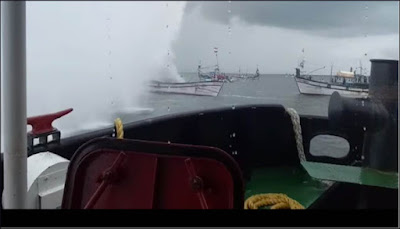 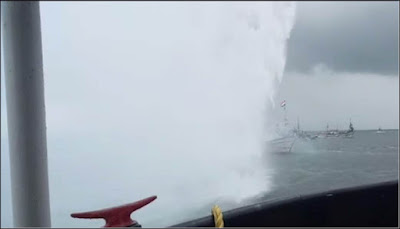 An Indian Navy Fast Interceptor Craft and tug brought fire onboard fishing trawler 'Jalpadma' under control, which was ablaze about three nautical miles off Karwar naval harbour on 05 September 2018. The crew of the trawler reported the cause of fire as an explosion of the cooking kerosence stove in the engine room. 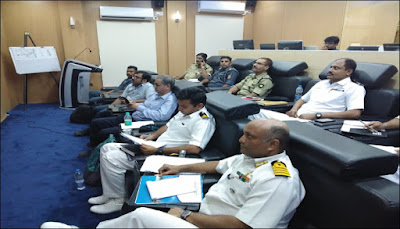 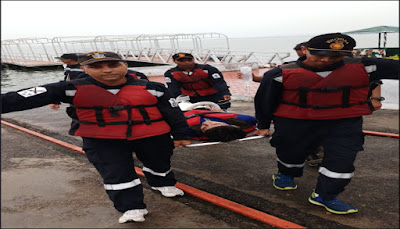 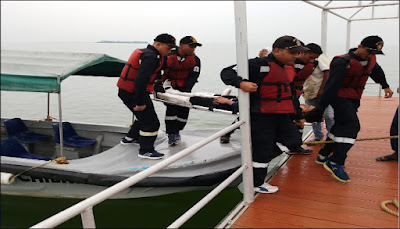 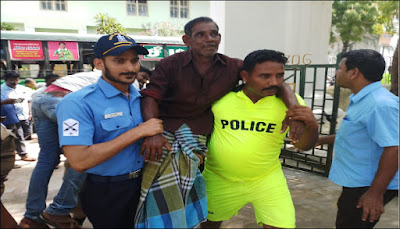 The Eastern Naval Command participated in the biannual Tsunami mock exercise 'IOWAVE 18' conducted along the East Coast of India on 05 September 2018. The ENC mobilised manpower, ships, aircraft, UAVs and relief material to render assistance to the states of West Bengal, Odisha,
Andhra Pradesh, Tamil Nadu and Puducherry. Units of the Command also rehearsed the Standard Operating Procedures during the exercise. The Naval Officers in Charge of coastal states coordinated with the State Emergency Operation Centres and rendered requisite assistance including reconnaissance, SAR, medical aid and training. Indian Navy personnel were also deputed as observers at State and District Operation Centres during the exercise. The exercise is conducted biannually since 2009.