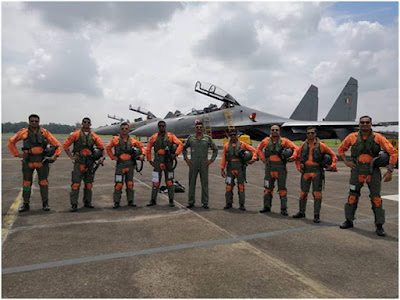 The exercise encompassed interactions, discussions & exchange sorties with the Royal Malaysian Air Force (RMAF). The RMAF crew flew in the IAF Su-30MKI & IAF crew got an opportunity to fly in RMAF Su-30 MKM aircraft. This was the first time that both the forces had come together and undertook flying operations. The C-130 crew of IAF & RMAF also interacted with each other and shared various operating methodology and good practices.

On completion of the exercise, the IAF team comprising of 145 air-warriors, 04 X Su-30 MKI, 01 X C-130J and 01 X C-17 landed on the Indian soil on 23 August 18. IAF’s participation in Ex Pitch Black along with bilateral exercises with Indonesian and Malaysian Air Force provided an excellent opportunity to all the participants to operate in a multinational environment and take home some of the best practices followed by Air forces around the world. High serviceability of assets and professionalism of IAF personnel during five weeks exercise with Air Forces of 16 different nations won accolades and appreciation from all the participants.

An exclusive interaction session was organized by the Indian Navy with Professor Emeritus Commodore Arogyaswami Joseph Paulraj (Retd) from Stanford University at Kota House on 22 August 2018.

Hosted by Vice Admiral GS Pabby, AVSM, VSM, Chief of Materiel and all the technical Flag Officers stationed at New Delhi, some of the retired officers who have held important assignments in the Navy and DRDO, and those involved with scientific and Defence R&D also attended this interaction.

Professor Paulraj is a global icon in wireless technology and inventor of MIMO, which is the heart of the current high speed WiFi and 4G mobile systems. He is a recipient of the Padma Bhushan in 2010 besides top global honours - the IEEE Alexander Graham Bell Medal in 2011, the prestigious 2014 Marconi Society Prize and has been inducted into the US Patent Trademark Office National Inventors Hall of Fame in 2018.

On the discussions to enhance self-reliance of Indian defence in critical advanced technologies, Commodore Paulraj brought out the need to invest much more in R&D sectors, including design and fabrication, artificial intelligence, block chain and quantum computing. He spoke of requirement of enhanced application-based research in IITs and need for more Indian wireless startups to channelize some of the available good human resource currently working for the global MNCs. A joint meeting is planned with IIT Heads to identify areas for future work by the Indian Navy. Capt Shekhar Dutt, SM, IAS (Retd) former Defence Secretary and Governor of Chhattisgarh, also participated in the interaction and concurred with the sentiments expressed by Paulraj.

Prof AJ Paulraj is currently Chairman of Department of Telecom Steering Committee to deliberate and finalise Vision, Mission, Goals and Roadmaps for 5G India - 2020. His advice is being sought at the highest levels of the Government of India’s Ministries of Communication, Electronics and Information Technology and Defence Production. He regularly interacts with the Boards of top Indian academic institutions and telecommunication corporations. 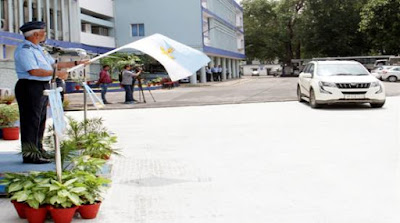 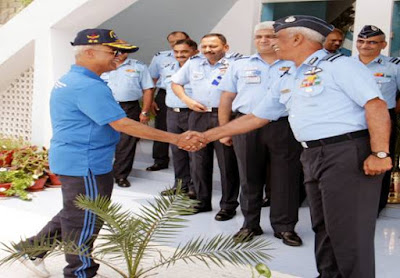 The team consisting of 12 air warriors was led by Air Vice Marshal AK Singh AVSM VSM, Senior Officer in-charge Administration, Western Air Command. During the span of 15 days, the team travelled from Delhi to Thoise and arrived at New Delhi on 23 Aug 18, a distance of approx 3200 Kms were covered during the journey. The rally had traversed through Ambala, Manali, Jispa and Leh enroute to its final destination at Thoise and back to Delhi via Drass, Kargil, Srinagar, Udhampur and Ambala. Due to unprecedented rainfall and inclement weather condition on Manali-Leh axis, the team had faced great challenges enroute but that did not deter their spirit.

During their journey, the team carried out ‘Swachhta’ Campaigns at Kullu, Manali, Leh, Thoise, Khardungla and Rohtang in order to make the general public aware of the importance of cleanliness. The team also interacted with local populace and tourists, distributed dustbins, pamphlets and installed banners at prominent tourist places. “At places we helped out tourists whose vehicle had broken down and made sure that the message of Swachh Bharat was imbibed in them” said Air Vice Marshal AK Singh, the team leader.

The rally was “flagged in” at Western Air Command, New Delhi, by Air Marshal C Hari Kumar, PVSM AVSM VM VSM ADC, Air Officer Commanding-in-Chief, Head Quarter Western Air Command on  23 Aug 18. Air Marshal C Hari Kumar said “I am extremely pleased that the team was able to achieve their objectives and come back safe and sound. It is the constant endeavour of Indian Air Force to promote a spirit of adventure amongst all and imbibe the initiative of the government at grass root level”. 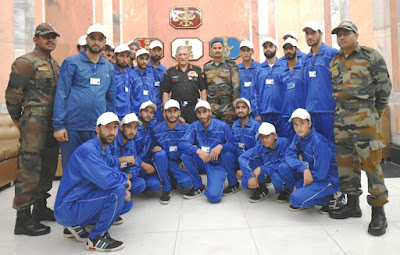 Gen Bipin Rawat, Chief of the Army Staff interacted with the students on National Integration Tour from Pattan, Jammu and Kashmir on  23 August 18. The tour comprised of 20 boys students aged from 18 to 23 years and one teacher. The COAS shared his experiences while serving in these areas with the students and motivated them to work hard and contribute actively in the Nation Building process. He also exhorted them to join the Indian Armed Forces and serve the cause of the Nation.

These National Integration Tours are educational and motivational visits to various places of the country aimed to provide an insight into the rich heritage of the country as well as various developmental and industry initiatives that are underway. Such initiatives will expose youth to various career options and enable them to interact with renowned personalities. 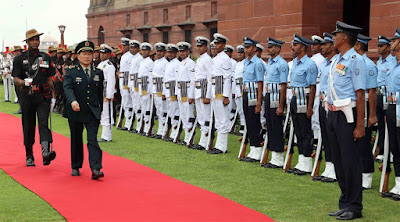 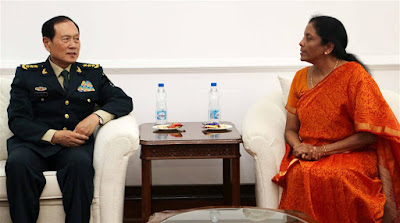 Following are the Chinese delegation members.

Likely discussion was about setting up a hotline between the two DGMOs, since Chinese PLA does not have a proper DGMO, hence Indian Army has demanded, as was decided in Wuhan, that a DGMO equivalent 3-star of Chinese army in headquarters in Beijing be designated, someone who is acceptable to India, instead of a local Commander, as that would be bypassing three equivalent local Commanders in the Indian Army

The other topic discussed was , after Wuhan Summit it was mentioned that no Doklam like incident to be repeated and the armies of both sides should not be surprised like what happened in Doklam. And that the leaders of both countries will give strategic directions to the militaries of their respective countries.