HADR Operations by IAF in Kerala

HADR operations by IAF in Kerala

Many parts of Northern Kerala are completely isolated by landslides and floods due to heavy rains. Kerala state government had requested IAF to provide urgent assistance in Wayanad for providing relief to the affected people.

IAF had responded immediately to the crisis and is extending all possible assistance to the people affected by landslides and floods in Kerala through Humanitarian Assistance Disaster Relief (HADR) missions.

Five An-32 transport aircraft were deployed to transport NDRF teams and their equipment from Arakkonam to Calicut on 09 Aug 18.

In addition, two NDRF teams from Vijaywada and two team of Army Engineering Group from Bangalore & Hyderabad have been transported
to Calicut.

Two Mi-17 V5 helicopter and one Advance Light Helicopter (ALH) has been pressed into service for distribution of relief material and winching operations. On 09 Aug 18, three persons were winched to safety by IAF helicopters and 300 Kg of relief material was dropped for flood affected people. These helicopters continue to be deployed for relief and rescue operations even now and are being tasked as requested by the state administration.

The IAF will continue to provide HADR till the situation is normalized.

RM to Launch UP Defence Industrial Corridor Projects at Aligarh

When the ‘Make in India’ initiative was launched by the Prime Minister Shri Narendra Modi in September 2014 to transform India into a global design and manufacturing hub, Defence Manufacturing was identified as one of the 25 key sectors. The announcement of setting up of two corridors – one in Tamil Nadu and the other in UP- exclusively for defence manufacturing in the current year’s budget, is a logical continuum to this policy of the Government. In the intervening period of almost 4 years, several steps have been taken to promote indigenisation in the defence sector. The inclusion of the Indigenous Design, Development and Manufacture (IDDM) category and giving it the top priority in capital acquisition, introduction of the Make Procedure, simplification of the licensing process and modification of the offset policy, are some of these steps. Introduction of a more industry friendly Defence Production Policy, further revisions to the offset policy, simplification of export and import processes are also in progress and are likely to be implemented soon. While these steps are all in the right direction, there is a need for focussed action at a localised level and develop specialised zones dedicated to various facets of defence production.

For the corridor in UP, six nodal points have been identified, viz. Agra, Aligarh, Lucknow, Kanpur, Chitrakoot and Jhansi. Stakeholder interactions have already been held in Lucknow, Kanpur, Agra and Jhansi. All the interactions have seen huge response from the industries in and around the locations. The interactive meets were organised by the Indian Industries Association (IIA), which is the largest organisation of Small and Medium Industries in UP.

The next day-long interactive session is scheduled in Aligarh, in hotel The Royal Residency on August 11, 2018. Raksha Mantri, Smt Nirmala Sitharaman and Chief Minister of UP, Shri Yogi Adityanath, Ministers of UP and senior officials of the Central and State Government would be present for the interactions. Senior representatives from the DPSUs, Ordnance Factories and DRDO will also be present. There will be an exhibition of products by the Armed Forces/DPSUs/DRDO which are planned to be indigenised over the next five years. Interactive sessions with Ambassadors of several countries and captains of the Indian defence industries and the Industry Associations have also been planned.

Operation “Madad” has been launched by the Southern Naval Command (SNC) at Kochi since 09 Aug 2018 for assisting the state administration and undertaking disaster relief operations due to the unprecedented flooding experienced in many parts of Kerala, owing to incessant rainfall and release of excess water from Idukki and other dams. Based on a request received from Deputy Collector, Wayanad, one diving team with Gemini inflatable boat was airlifted and sent to Kalpetta at 10:00 pm on 09 Aug to undertake rescue operations due to floods and landslides.

“Operation Madad” continued on 10 Aug 18 with all resources available with SNC. Two teams with Gemini boats commenced rescue operations at Kalpetta, Wayanad and at Panmarum (13 km south of Mananthavady) where they evacuated 55 stranded people till 12:00 noon on 10 Aug 18.  Another team has been air lifted by Seaking Helicopter to Kalpetta with all gears and 2 Electric Generators which was requested by Wayanad District Collector. Three additional diving teams have also been dispatched to Aluva in coordination with the Deputy Collector for utilization by District Collector in  the affected areas for augmenting the rescue. One of the teams is likely to be deployed at Idukki.  This is in addition to the two diving teams standby at Aluva for relief operations since 09 Aug in anticipation of flooding expected in Ernakulam and Aluva. In all 04 diving teams are deployed in Wayanad and 05 at Aluva.

One 50 men contingent is positioned at Naval Armament Depot (NAD) Aluva fully equipped for any kind of assistance. In addition, the Naval Hospital, INHS Sanjivani is ready for rendering medical assistance as required and all preparations towards setting up community kitchen by naval personnel from INS Venduruthy have been made in case the need arises.

As part of Shanghai Cooperation Organization (SCO) initiatives, SCO Peace Mission Exercise is conducted biennially for SCO member states. The joint exercise for the year 2018 will be conducted by Central Military Commission of Russia from 22 August to 29 August 2018 at Chebarkul, Chelyabinsk, Russia. This will be a historic occasion due to the maiden participation of India post becoming a full member of the SCO in June 2017. This exercise marks a major milestone in the multilateral relations of SCO member nations. The exercise will involve tactical level operations in an international counter insurgency or counter terrorism environment under SCO Charter.

The joint exercise will strengthen mutual confidence, interoperability and enable sharing of best practices among armed forces of SCO Nations. It will be a landmark event in the history of SCO defence cooperation.

MOD, in coordination with Army HQ, devises standardised protocol for closure of roads in Cantonments

The issue of closure of roads in Cantonments was an important matter raised during the meeting taken by Raksha Mantri Smt Nirmala Sitharaman with Members of the Parliament and elected Vice Presidents of the 62 Cantonment Boards on May 04, 2018.

Based on the feedback received through the meeting, Smt Sitharaman held several rounds of discussions on the issue of closure of roads in cantonments. Following detailed reviews taken by the Raksha Mantri with officers of the Ministry, Army Headquarters including Chief of the Army Staff and the Defence Estates Organisation the following was decided:

In case of roads, which the Local Military Authorities consider necessary for reasons to be provided, the process of closure of roads may be initiated. Due process as laid down under Cantonment Act, 2006 and the orders issued by the Ministry dated May 28, 2018 will be followed. 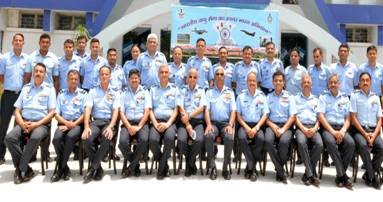 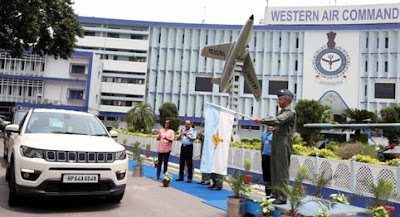 The rally team consisting of 12 Airwarriors is headed by Air Vice Marshal AK Singh AVSM VSM,Senior Officer in-charge Administration, HQ WAC. In a span of next 15 days, the team will traverse through Ambala,Manali,Jispa, Pang,Leh,Pangyong Tso,Thoise enroute to its final destination at Base Camp. The rally will culminate in Delhi on 24 Aug 18.

During its journey, the team will interact with the locals and tourists to highlight the importance of cleanliness and the need to protect the environment. They will also spread awareness about ‘Swachhta’ by distributing pamphlets, installing banners and placing dustbins at prominent tourist destinations en-route. The team plans to collect garbage for further disposal of the same at designated places. It is also planned to carry out ‘Swachhta’campaign at Leh city and Thoise in order to make the general public aware of the Mission. 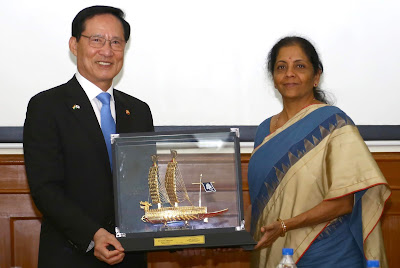 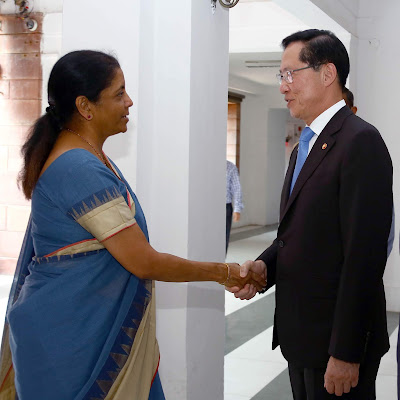 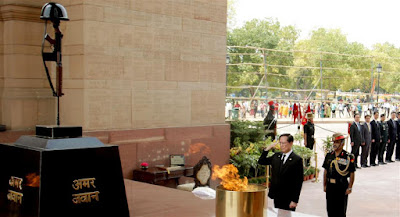 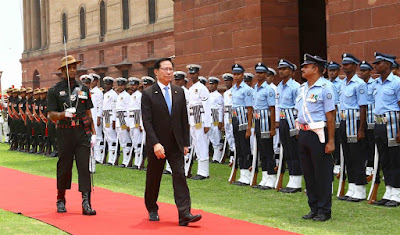 Korea-India defence cooperation will get a major boost with Korean defence contractors evincing avid interest in investing in India’s defence industrial corridors coming up in Tamil Nadu and Uttar Pradesh.

This was stated here today by the Korean Defence Minister, Mr. Song Young-moo, while addressing the India-RoK Defence Industry Business Forum organized by FICCI and the Embassy of the Republic of Korea.

Mr. Young-moo said the Korea-India defence industrial cooperation falls within the ambit of Korea’s ‘New Southern Policy’ and India’s ‘Act East’ policy. He assured Indian companies of a conducive business and legal environment to develop synergies between the companies from the two countries.

Secretary, Defence Production, Dr. Ajay Kumar, proposed three areas for a sustainable, long term partnership in defence between India and Korea. The cooperation, he said, could be based on electronics and IT; technology with respect to specialised materials for armour, ships and aircraft; and engine technology which is integral to any weapons system.

He said Korea’s excellence in manufacturing and technology and India’s strengths in human resources, its vast market, IT and software could be synergized for an enduring relationship.

FICCI Secretary General, Mr. Dilip Chenoy, said the time was now ripe to build on the defence relationship through bilateral investments. He expressed the hope that defence cooperation between the two countries would become a model and further strengthen economic cooperation between India and Korea. 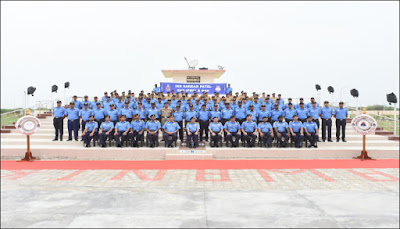 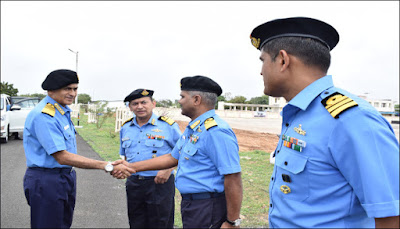 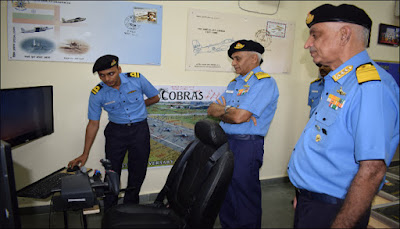 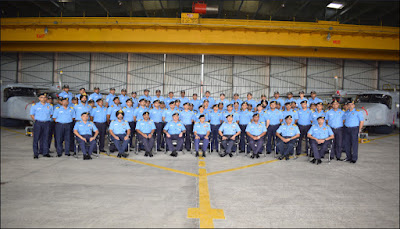 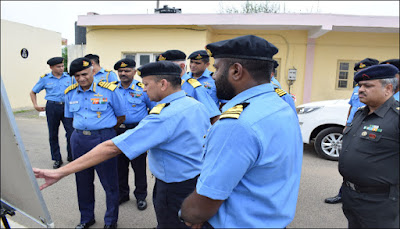 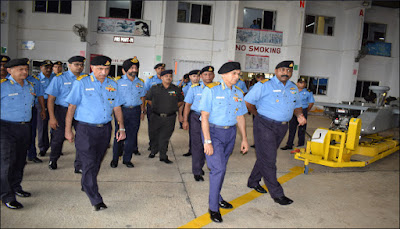 Admiral Sunil Lanba, Chief of the Naval Staff visited Forward Operating Bases of the Indian Navy and reviewed the present status and future plans of operational and administrative infrastructure development. He was also provided a snapshot of the Navy’s operational posture. The CNS interacted with Service and civilian personnel of the Indian Navy and extolled them to continue to remain alert to thwart any nefarious designs against the nation. Vice Admiral Girish Luthra C-in-C, WNC accompanied the CNS during the visit.