The NGOPVs will be built in indigenous shipyards and will be fitted with state-of-the-art sensor suite with increased endurance. These platforms will strengthen maritime security by undertaking a multitude of operational roles both in blue water and littorals. These include seaward defence, protection of offshore assets, maritime interdiction operations and search & seizure operations, surveillance missions, mine warfare, anti-piracy missions, counter infiltration operations, anti-poaching/trafficking operations, humanitarian assistance and disaster relief and search and rescue missions. 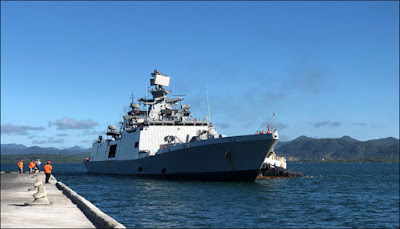 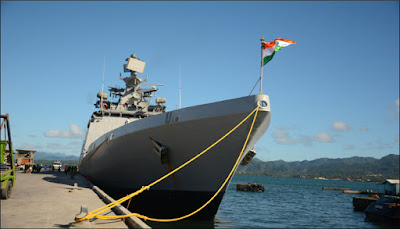 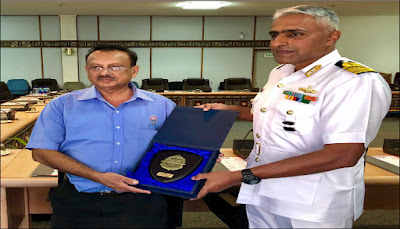 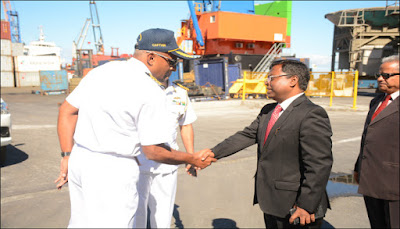 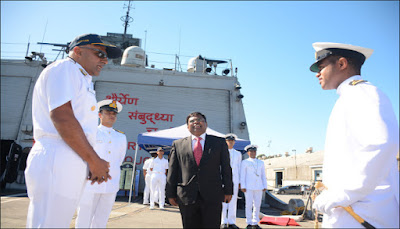 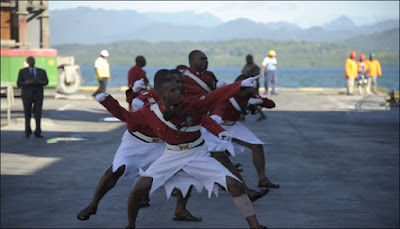 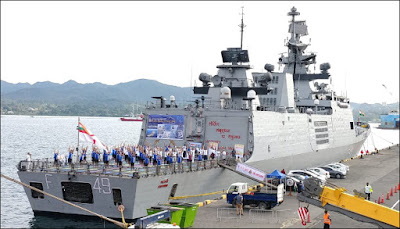 To further strengthen our strong bilateral relations with Fiji, an Indian Naval Ship (INS) Sahyadri entered Port of Suva this morning on a goodwill visit.

The Naval Ship is visiting Republic of Fiji enroute to India after participation in the RIMPAC 2018 at Hawaii. During the visit, the Indian Naval Ship personnel will have professional interaction with their Republic of Fiji counterparts and the Ship will have an Open Day for general public on 14 August 2018.

A Medical Camp will be organized in collaboration with Fijian Government where the doctors from India and Fiji will jointly perform Free Health Screening on 15 August 2018 from 1000 hours to 1630 hours at Ratu Sukuna Park, Suva where IN and RFMF bands will also perform jointly at 1130 to 1330 hours.

Officers from INS Sahyadri, RFMF and Indian High Commission will also be participating in mangrove/ sandalwood planting activities on 14 August 2018 from 1600 hours to 1800 hours. The Ship will also be celebrating the 72nd Independence Day of India in the Port of Suva on 15 August 2018.

INS Sahyadri (F49) is the third and latest ship among the Shivalik Class of indigenously built Stealth Frigates and forms a part of the Eastern Fleet of Indian Navy. INS Sahyadri draws her name from the beautiful, age-defying Western Coast (also known as Sahyadri ranges) stretching across 1600 Kms. along the Western Coast of India.

UP Defence Industry Corridor takes off 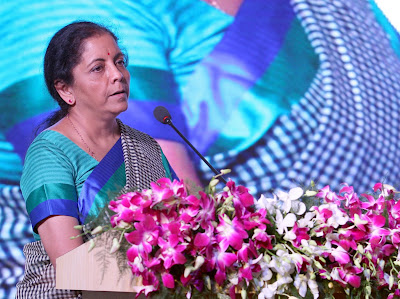 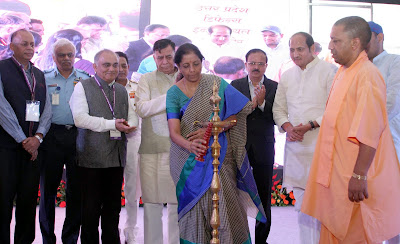 Investments in UP Defence Industrial Corridor made are as follows:

The Chief Minister thanked the Central Government for presenting the State with the Defence Corridor and assured that the State Government will take all necessary steps to make the project successful. He mentioned that Government of UP has come out with a Defence and Aerospace manufacturing Policy and a business friendly portal with very attractive destination for defence production. Smt Nirmala Sitharaman invited the defence industry to participate in exports in addition to supplying to the Indian Defence Forces. She extended full support of the Central Government in setting up of the defence corridor in UP.
Indian Army Mountaineering Expedition to MT Kamet (7756m)
In pursuit of achieving greater heights in the field of mountaineering, Indian Army is planning to attempt Mt Makalu (8485M), the fifth highest mountain peak in the world in 2019.  As a precursor to it, an expedition to Mount Kamet (7756M), Joshimath District Chamoli, Uttarakhand is being conducted under the aegis of Army Adventure Wing in August-September 2018.

The expedition was flagged off from Delhi by Director General of Military Training on 13 August 2018. Mt Kamet is the 3rd highest peak of India after Kanchanjanga & Nandadevi and is the only highest peak available to climb within the country.
47 member team led by Maj Manoj Joshi will leave for Joshimath from Delhi on 16 Aug 2018.  The team will establish the Base Camp at Vasudhara lake and Advance Base Camp at Purvi Kamet Glacier. Team after establishing four camps will attempt summiting the peak in last week of September 2018.
NCC Cadets Independence Day 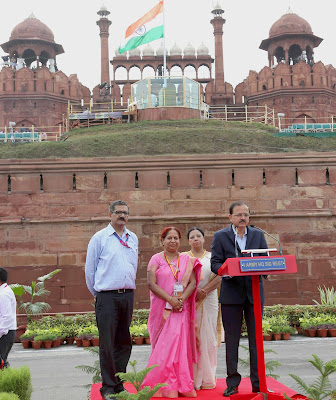 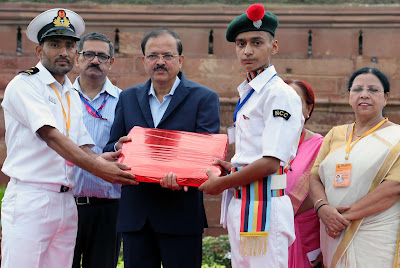 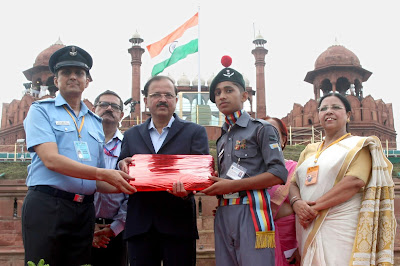 Minister of State for Defence, Dr Subhash Bhambre addressing the NCC cadets and school children, during the Independence Day Celebrations - 2018 rehearsal, at Red Fort, in Delhi 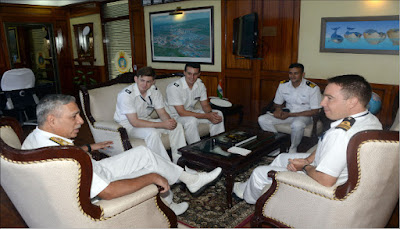 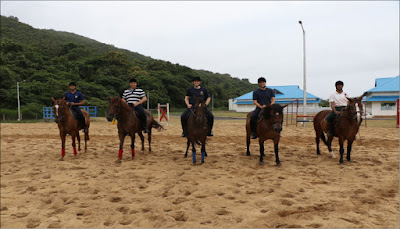 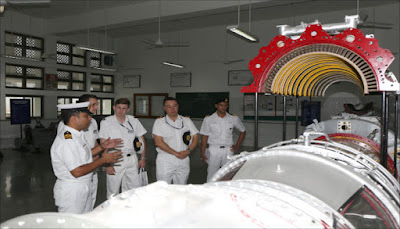 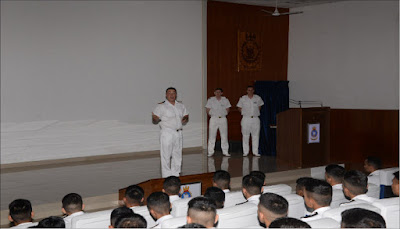 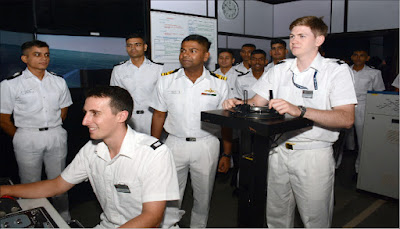 The visit was aimed at strengthening the traditionally strong ties between the Naval Academies and to facilitate exchange of training ideas and methodologies. The delegates visited the various labs, simulators, firing range, aquatics complex and other training facilities of INA.

Towards strengthening the bonds between cadets of both the academies the cadets were accommodated in the squadron, dined in the cadets' mess and attended classroom instructions for various academic subjects along with the cadets of INA. The accompanying Officer interacted with various faculties and Officers of INA. Visits to places of historical and cultural significance in and around INA gave the delegates a unique experience of understanding the copious culture of the Malabar region. The BRNC cadets delivered a lecture on the Royal Navy, which facilitated the cadets of INA to have a better understanding of the Royal Navy.

The Indian Navy and Royal Navy periodically conduct joint bilateral exercise named KONKAN. United Kingdom was also one among the 29 countries that took part in the Admiral's Cup regatta held at INA in the previous year.

What's up to every body, it's my first pay a visit of
this blog; this blog contains awesome and in fact fine data in support of readers.

whoah this weblog is fantastic i really like studying your articles.
Stay up the good work! You know, a lot of people are looking around for this info, you could help them greatly.