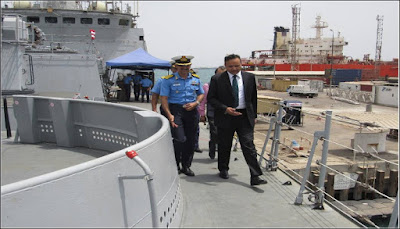 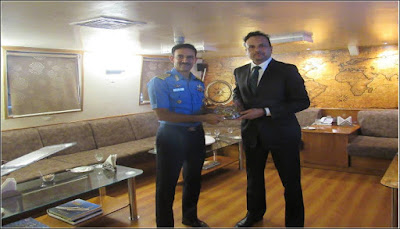 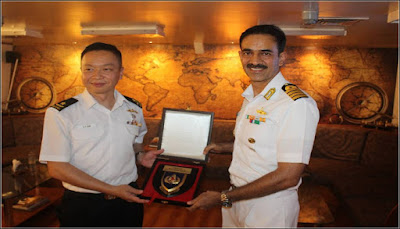 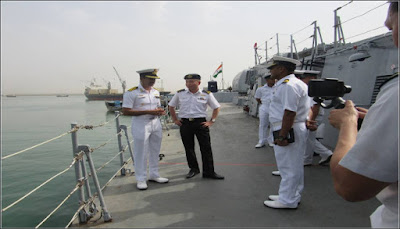 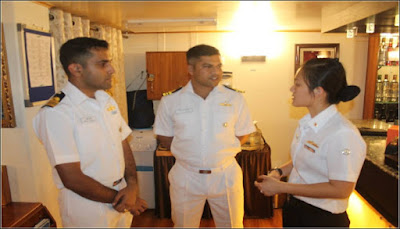 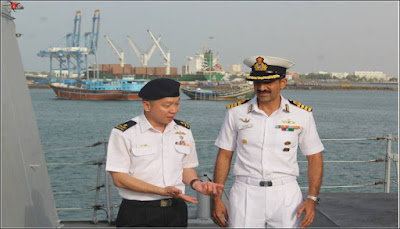 The Indian Ambassador to Ethiopia, Mr Anurag Srivastav, and Mr Nalin Kothari, Consulate General, Djibouti also visited the ship at Djibouti harbour on       16 Jul 18. The Ambassador walked around the ship and was given a presentation on IN activities and operations in Gulf of Aden. Subsequently, the ship’s Ops Team had an interaction with the Ambassador on the growing strategic importance of Djibouti and the growing interest of other navies in the region.