A Mi-17 V5 Helicopter of the Indian Air force was requisitioned on 17 Jun 2018 for dousing the flames on a merchant vessel MV SSL on the shores of Sunderbans. The Helicopter carried out Bambi bucket operations from Franzergunj Harbour helipad in West Bengal.

The Helicopter flew offshore and located the ship engulfed in flames. After ascertaining the wind pattern and point of impact of water, the fire was doused with 15000 litres of water carried in 6 shuttles with a Bambi bucket. The crew displayed great professionalism and dropped the water with pin-point accuracy over the exact location of fire. The operations by IAF Mi-17 V5 Helicopter controlled the massive fire and fully doused it within a short period of time. 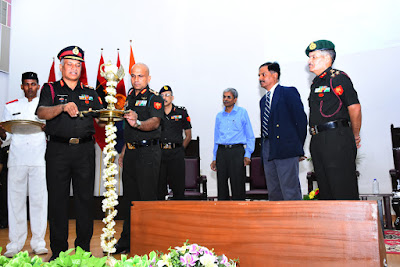 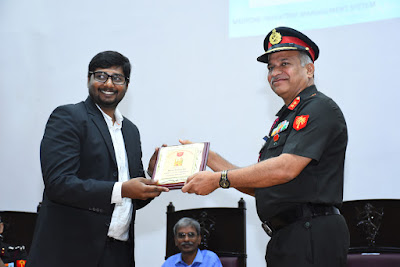 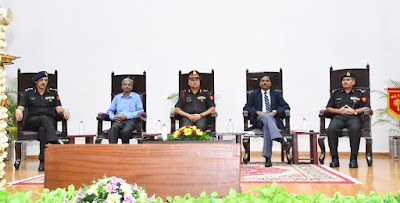 Major General N Srinivas Rao, General Officer Commanding, Telangana and Andhra Sub Area launched Medicine Inventory Management System (MIMS) for ECHS in TASA which is first of its kind in the country, in the presence of senior officers, veterans and their families. In his Inaugural address, Major General N Srinivas Rao stated that the Integrated Medicine Inventory Management System will bring in revolutionary changes in the medicine procurement in ECHS. With the launch of MIMS, TASA has accomplished complete automation of the process of indenting, procurement and distribution of medicines. The system also incorporates online financial concurrence and in future online audit module for CDA will be incorporated in the system. Taking lot of encouragement from the launch of Integrated MIMS, HQ TASA now envisions the successful completion of Phase 3 of the project which is Central Monitoring System.  The GOC complimented the positive attitude of CDA Secunderabad, CDA IT and Senior Executive Medical Officers and Senior Executive Dental Officers for all the support and guidance provided to TASA team for the development of the software. The General Officer felicitated Intellobots Technologies team who developed the software, Synchrony Financials and ZOHO Mail for their contributions to ECHS beneficiaries. He also rewarded cash prizes to ECHS Staff in recognition of exceptional job performance.


Year of Disabled Soldiers In Line of Duty


To honour soldiers who have been disabled in line of duty, while serving the Nation and to celebrate the undying spirit of ‘Soldiering’, Indian Army is observing the year 2018 as the ‘Year of Disabled Soldiers in Line of Duty’. The primary focus is towards alleviating the sufferings of these soldiers, who have done their duty with utmost dedication to the Nation and have been disabled for the life.

The endeavour this year is to provide a onetime financial assistance to disabled soldiers who have been boarded out from service on medical grounds and are rendered non-employable due to their medical or physical conditions.

Indian Army recognizes the inherent stress and strain on such soldiers & their dependents and has well established rehabilitation programmes and beneficiary schemes but these require to be reinforced. The Government is considering proposal of major grant to establish a separate fund which can be further enhanced by contributions from individuals, establishments and corporate sector thus facilitating meaningful initiatives for disabled soldiers.

Indian Army plans to create awareness on organizational support available to soldiers and their dependents with respect to medical, rehabilitation, various beneficiary schemes of Central and State Governments, vocational opportunities and assistance for their placement. Indian Army also plans to showcase talent of disabled soldiers by organizing sports and physical activities, cultural events and their art exhibitions. These disabled soldiers have inspiring deeds behind them, hence, it is planned to felicitate them along with selected organizations which dedicate in their rehabilitation.

Management of disabled soldiers is an onerous responsibility. Indian Army plans to galvanise due support for the unemployable disabled soldier, his wife and his family with initial financial support to ensure a life of dignity through partially-funded entrepreneurship venture. 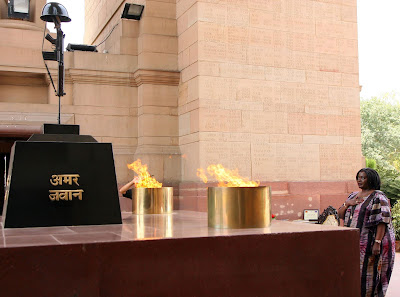 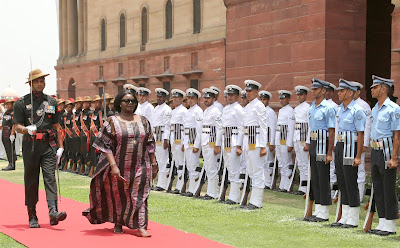 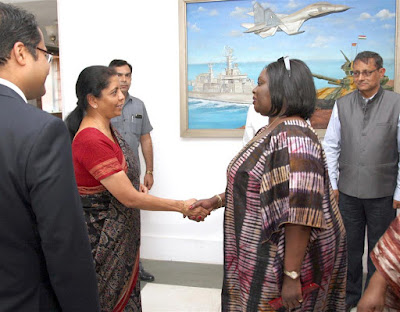 The Cabinet Secretary for Defence Ambassador of Kenya, Ms. Raychelle Omamo inspecting the Tri-Services Guard of Honour, in New Delhi on June 18, 2018. 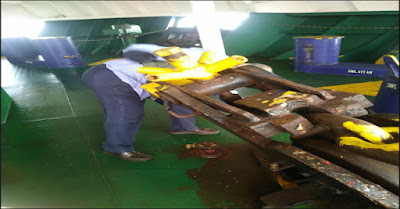 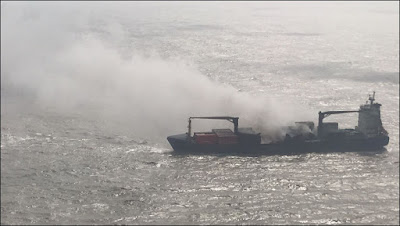 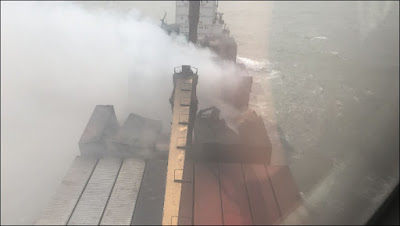 In a daring and  complex operation, a Seaking 42C helicopter from Eastern Naval Command  winched down a MARCO officer on the ill-fated merchant vessel SSL Kolkata  which was on fire  and was abandoned by the 22 crew members on 14 June 2018 off Sagar Island at the mouth of the Ganges Delta. The MARCO officer  ascertained the conditions in the forward part of the ship and later called in the helicopter to lower onbord three crew members of the ship. The team managed to drop the starboard anchor of the ship to prevent her from drifting any further. Thereafter the team prepared the seamanship gear for the ship to be towed, if required. The live nature of the threat was evident from the explosion onboard in the forenoon which restarted the fire. The helicopter skillfully recovered all four members of the team and returned to base for a turnaround. Earlier, Vice Admiral Karambir Singh , Flag Officer Commanding-in-Chief Eastern Naval Command, had directed that the ship's drift towards the Sundarbans delta had to be stopped at all costs notwithstanding the high temperatures onboard to avoid an ecological disaster, should the ship capsize on the sandbanks, causing pollution from oil on board. Accordinglty, a Seaking 42C helicopter and a Dornier aircraft were despatched from Visakhapanam  with a core  team comprising of divers,  Indian Marcos, shipwrights and seamanship specialists to stage through the indian Air Force  airbase at Kalaikonda.