Search and Rescue Operations by Indian Navy at Vodapalli 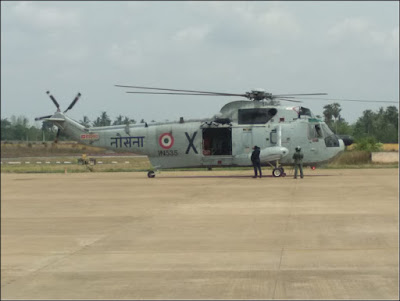 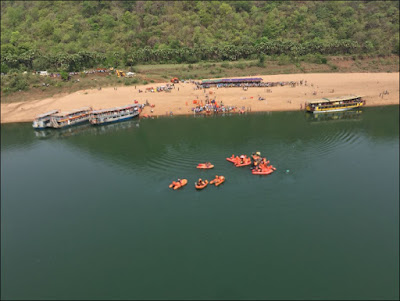 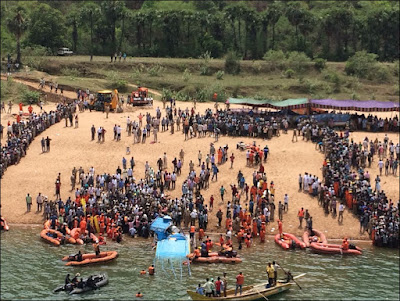 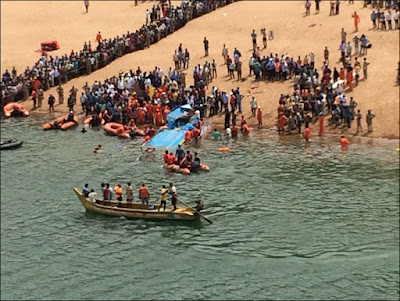 The Indian Navy Diving teams from Eastern Naval Command were  airlifted from Visakhapatnam to Rajamundry by naval Dornier aircraft  for rescue operations at Vodapalli, close to Polavaram, where a boat was reported to have capsized. In addition, three naval helicopters with additional diving teams and a Dornier aircraft with technical and air traffic control crew were also airlifted to augment the rescue operations and manage the air traffic control services at Rajamundry airport on 16 May 2018. The teams worked in conjunction with teams of National Disaster Response Force and the State Disaster Response Force.

Japanese Ship Setogiri on a Goodwill Visit to Visakhapatnam 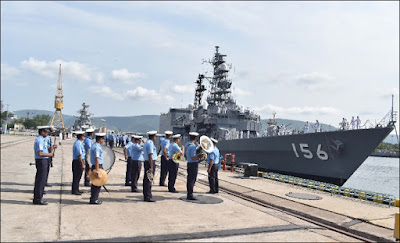 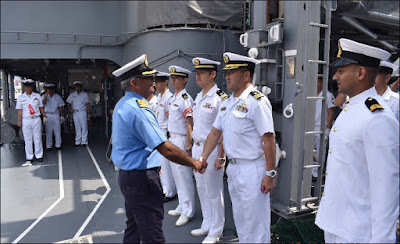 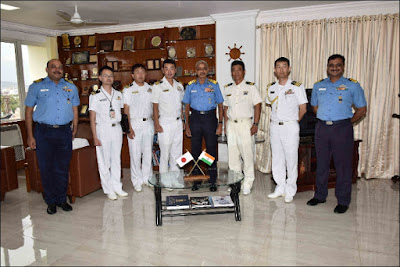 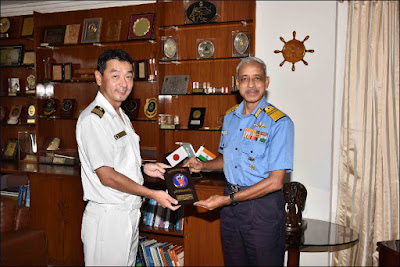 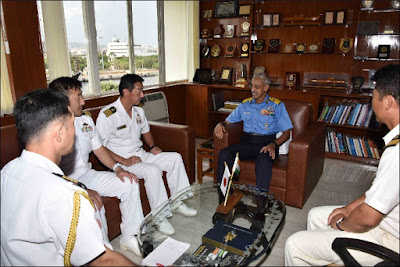 Japanese Maritime Self Defence Force’s Asagiri-class destroyer, JS Setogiri arrived at Visakhapatnam on a three-day goodwill visit to the Eastern Naval Command on 11 May 2018. The ship is on return passage after a six month deployment in the Gulf of Aden and was accorded a warm reception by officials from the Eastern Fleet with the Indian Naval Band in attendance on arrival.

The visit will encompass interaction between personnel of both the Navies in various professional, cultural, social and sports events including visits to the historic Buddhist heritage sites.  Captain Susumu Moriyama, Commander Escort Division Seven and Commander Takeshi Tonegawa, Commanding Officer JS Setogiri called-on Vice Admiral MS Pawar, AVSM, VSM Chief of Staff at HQENC. The ship will also carry out Passage Exercise with Eastern Fleet ships which include naval manoeuvres, weapon firing, ASW exercises in the Bay of Bengal on departure from Visakhapatnam on 13 May 2018. 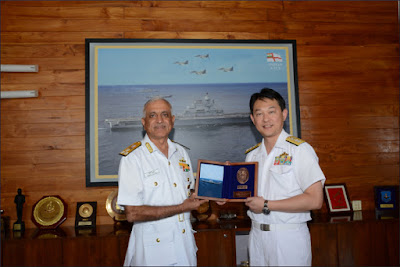 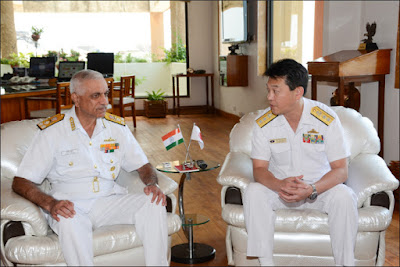 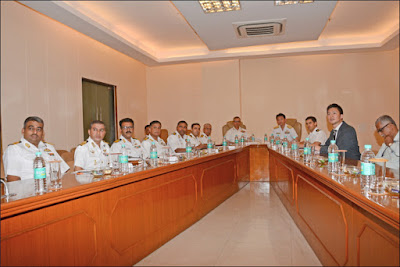 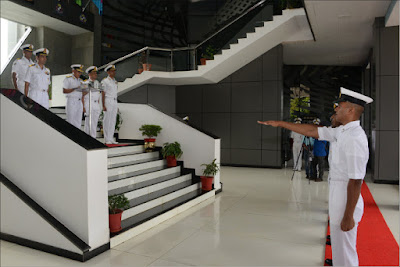 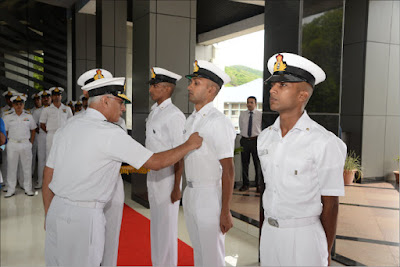 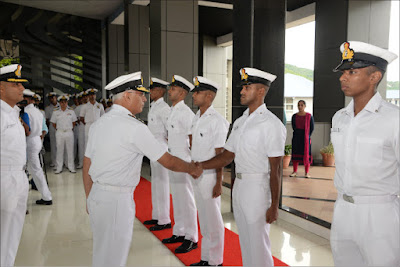 Six Short Service Commission (Pilot) cadets of theIndian Navy graduated at a ceremony on completion of 20 weeks ab-initio training at Indian Naval Academy (INA), Ezhimala on 12 May 2018. The Oath of Allegiance to the Constitution was administered to the cadets by Rear Admiral Puneet Chadha, Deputy Commandant INA. The cadets will now proceed to School for Naval Aviation at Kochi for further training and will return to INA to participate in the ‘Shipping of Stripes’ ceremony scheduled on 26 May 2018.