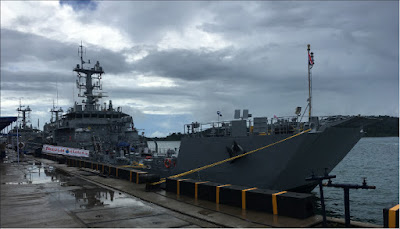 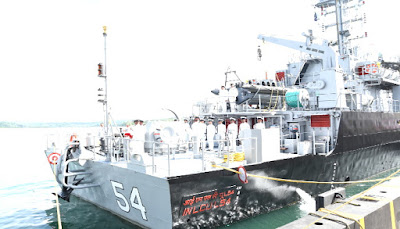 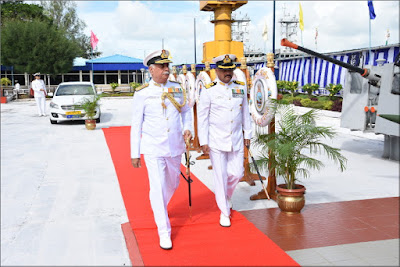 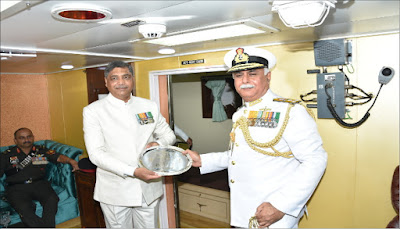 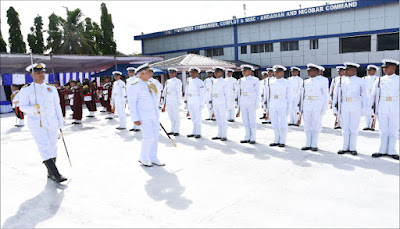 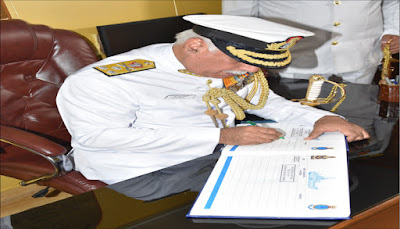 Vice Admiral GS Pabby, AVSM, VSM, Chief of Materiel commissioned IN LCU L54 into the Indian Navy today at Port Blair. IN LCU L54 is the fourth Landing Craft Utility (LCU) Mk-IV class to be inducted into the Indian Navy. The ship has been indigenously designed and built by Garden Reach Shipbuilders and Engineers, Kolkata. The Commissioning of L-54 is yet another manifestation of the country’s indigenous design and ship building capability.

LCU MK-IV ship is an amphibious ship with its primary role being transportation and deployment of Main Battle Tanks, Armoured Vehicles, troops and equipment from ship to shore. These ships based at the Andaman and Nicobar Command, can be deployed for multirole activities like beaching operations, search and rescue, disaster relief operations, supply and replenishment and evacuation from distant islands.

The ship, commanded by Lieutenant Commander Munish Sethi, has a complement of 05 officers, 41 sailors and is capable of carrying 160 troops in addition. The ship, displacing 830 Tons, is capable of transporting various kinds of combat equipment such as the Main Battle Tank, T72 and other vehicles. The ship is fitted with state-of-the-art equipment and advanced systems like Integrated Bridge System (IBS) and Integrated Platform Management System (IPMS).

The remaining four ships of the same class are in advanced stages of construction at M/S GRSE, Kolkata and are scheduled to be inducted over the next year and a half. The induction of these ships will contribute to the nation’s maritime security needs and is in consonance with the Hon’ble Prime Minister’s drive for ‘Make in India’. 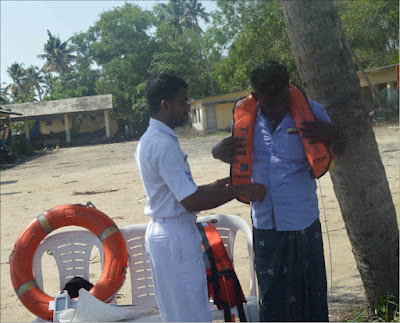 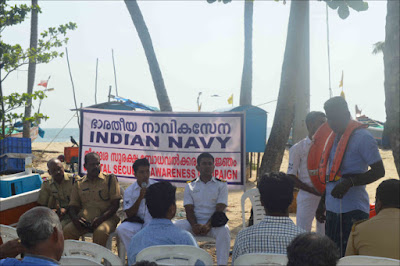 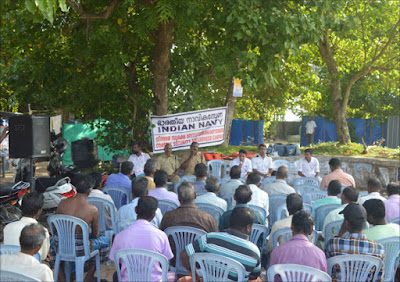 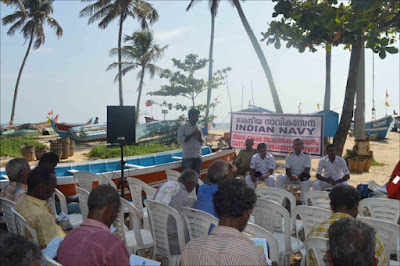 As part of the monthly initiative to enhance security consciousness amongst the fishermen, a Coastal Security Awareness Campaign was conducted at various Fish Landing Centres in Alappuzha District on 22 and 24 May 18.

The Campaign was formally inaugurated at 10:00 am on 22 May 18 at Anthakaran Azhi. The campaign was also held at 1430 hrs at Pollathai, the same day. On 24 May 18, the campaign was conducted at Punnapra and Fishing Harbour, Thottapally at 10:00 am and 1430 hrs respectively. Representatives from District Administration, Alappuzha, Department of Fisheries and Coastal Police participated in the Campaign.

The following coastal security issues were discussed and highlighted to the fishing communities: -
(a)    Importance of Bio-metric cards and carrying of valid papers by fishing boats, including personnel being hired from outside the state.

(b)    Role of fishermen and local populace as ‘Eyes and Ears’ of security agencies in reporting suspicious activities. 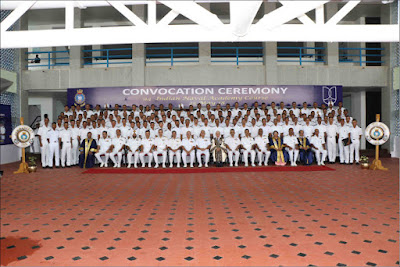 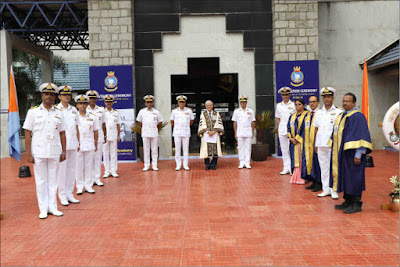 The morning of 25 May 2018 was a historic day for the cadets of 94 Indian Naval Academy Course. On this day 137 Midshipmen were awarded BTech degree by the Chief Guest, Professor Surendra Prasad, Chairman, National Board of Accreditation, New Delhi, at the Convocation Ceremony held at INA in presence of their proud parents and guardians. Vice Admiral RB Pandit, AVSM, Commandant, Rear Admiral Amit Vikram, Principal and Rear Admiral Puneet Chadha, VSM, Deputy Commandant and Chief Instructor graced the occasion.

The ceremony marked the culmination of a strenuous four year training regimen, wherein the All India Council for Technical Education (AICTE) accredited BTech degree program is run simultaneously with a demanding curriculum of Navy specific subjects and a rigorous outdoor and physical training curriculum. The graduating Midshipmen acquired their BTech degree in one of the three streams viz., Applied Electronics and Communication Engineering (AEC), Electronics and Communication Engineering (ECE) or Mechanical Engineering (ME), under the aegis of Jawaharlal Nehru University, New Delhi.