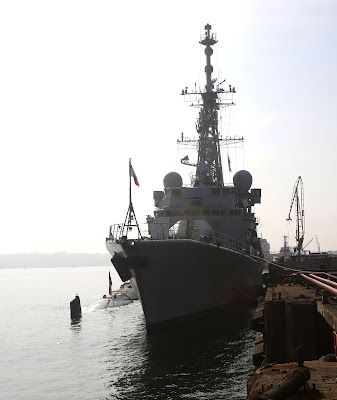 The Indian Navy and the French Navy have conducted bilateral maritime exercises since May 1993. Since 2001, the exercises have been named VARUNA and there have been fifteen editions of the same till date. The last edition of VARUNA was conducted off the French Coast in Apr 2017.

The conduct of VARUNA, and the special impetus on taking this Navy-to-Navy cooperative engagement forward, was reiterated in the Joint Statement made by the Prime Minister of India and the President of France, on the 10th of March 2018.

In 2017, VARUNA was conducted in three sea areas in the European waters. This year too VARUNA-18 would be conducted in three sea areas, namely, the Arabian Sea, the Bay of Bengal and South Western Indian Ocean. The first phase, being conducted in the Arabian Sea, will see participation of a French submarine and frigate Jean de Vienne from the French side. The Indian Naval participation will include the destroyer Mumbai, frigate Trikand with their integral helicopters, IN submarine Kalvari, P8-I and Dornier Maritime Patrol Aircraft, as well as the Mig 29K fighter aircraft.

The VARUNA series of exercises have grown in scope and complexity over the years and provide an opportunity to both Navies to increase interoperability and learn from each other’s best practices.