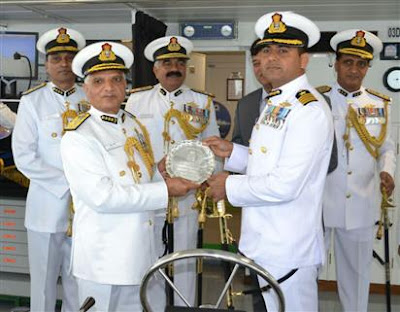 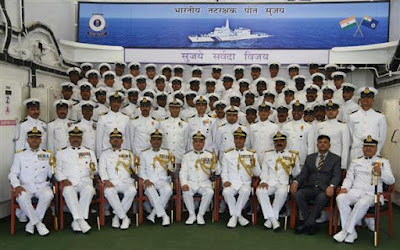 ‘Sujay’ meaning ‘Great Victory’ is projection of Indian Coast Guard’s will and commitment “To serve and Protect” the maritime interest of the nation. The ship is based at Paradip, Odisha under the operational and administrative control of Commander Coast Guard Region (North-East).

The ship draws 2350 tons(GRT) propelled by two 9100 KW diesel engines to attain a maximum speed of 23 Knots and has an endurance of 6000 NM at economical speed. The sustenance and reach coupled with the latest and modern equipment and systems, provides her the capability to perform the role of a Command platform to accomplish all Coast Guard charter of duties.

The ship on joining Coast Guard fleet at Paradip, will be deployed extensively for EEZ surveillance and other duties as enshrined in the Coast Guard Charter, to safeguard the maritime interests of India. Presently, Indian Coast Guard has a fleet of 134 ships and boats and 66 ships and boats are at various stages of construction at different shipyards in India.

ICGS‘Sujay’ is commanded by Deputy Inspector General Yoginder Dhaka and manned by 12 Officers and 94 men.

The commissioning of ICGSSujay will enhance the Indian Coast Guard’s operational capability to discharge the multifarious maritime tasks. The induction of a sophisticated and state-of-the-art OPV will give a fillip to the maritime protection of our vast coastline of Eastern Seaboard in general and the maritime state of Odisha and West Bengal in particular.