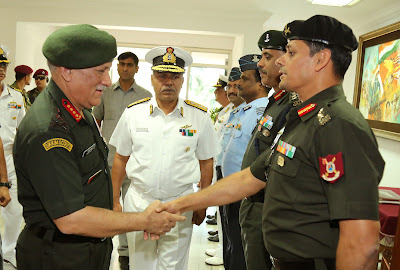 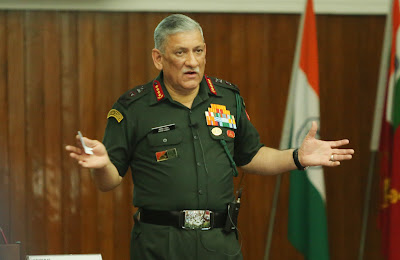 General Bipin Rawat, UYSM, AVSM, YSM, SM, VSM, ADC, Chief of Army Staff shared the National Security Perspective and Vision of the future during his interaction with the participants of the Higher Defence Management Course at College of Defence Management, Secunderabad. During the talk, the Chief of Army Staff highlighted the importance of geopolitics and national interests in the formulation of National Security Strategy. He stressed on the relevance of jointmanship in the armed forces, which can suitably be nurtured at Tri service organization like the College of Defence Management so that it percolates at the functional level and develops the bottom-up approach. He also expressed his belief, that only through interaction and sharing of experience, one can move from education to knowledge.

The College of Defence Management is Nation's leading Centre of excellence in developing management thought to optimize the effectiveness of the armed forces for meeting the challenges to the National Security. Officers attending the course are of Colonel or equivalent Ranks from the Army, Navy and Air Force who are likely to be the future leaders of the armed forces. The participants also include officers of armed forces of friendly foreign countries attending the Higher Defence Management Course at the College.

Lt Gen B S Sahrawat takes over as DG, NCC 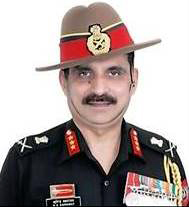 Lieutenant General B S Sahrawat took over the reins of National Cadet Corps as its Director General. The General Officer is a third generation army officer. He is alumnus of the National Defence Academy, Khadakwasla and Indian Military Academy, Dehradun. He was commissioned in December 1980 in 13th Battalion (Rezang La), the Kumaon Regiment.