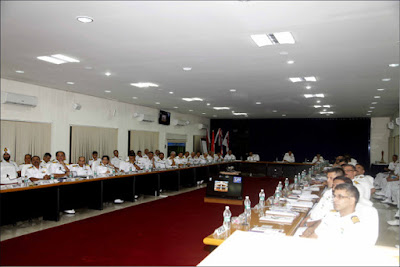 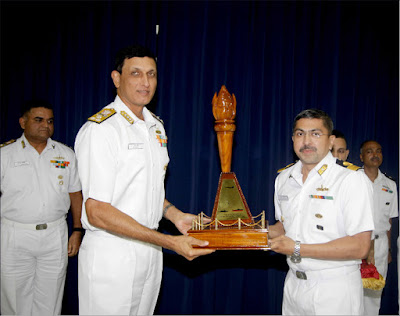 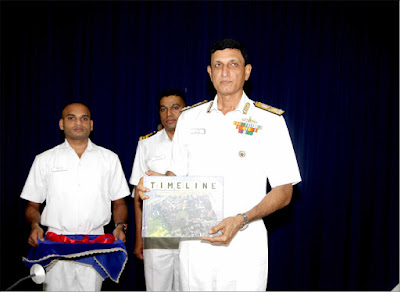 The Annual Training Conference (ATC) and Annual Training Meeting (ATM) of Indian Navy were held on 29 August 2017 at Naval Base, Kochi. Both the events were chaired by the Flag Officer Commanding-in-Chief, Southern Naval Command (SNC), Vice Admiral AR Karve, AVSM. During the event all agencies involved in the training of officers and men in the Navy reviewed the ever-changing complexities of the maritime environment in India's neighborhood in the recent past, and whether any realignment was needed in "training" to meet the operational challenges posed by it.

On this occasion, the SNC ‘Gyan Praveen’ Trophy for the Best Training Package was also awarded to INS Valsura, the technical training unit of the Navy at Jamnagar, Gujarat, for its audio-visual training package on Hydraulic Engineering which was followed by release of the second edition of the Southern Naval Command five yearly archival publication “TIMELINE” by the Flag Officer Commanding-in-Chief, covering activities of all units under SNC for the period 2011 – 2015. The two events were graced by the physical presence of senior officers of SNC as well as the heads of all training units under it besides the video presence of other senior officers such as Vice Admiral Anil Chawla, the Chief of Personnel from Naval Headquarters, New Delhi.

SNC as the Training Command of the Indian Navy is responsible for the organisation, conduct and oversight of all basic, professional and specialist training in the Navy. To enable this, the Command continuously evolves policies, formulates syllabi and reviews and restructures the scope of training in various schools and establishments. The Command also coordinates, monitors and controls the day-to-day training activities of the schools and establishments and conducts numerous watermanship, adventure and sports activities. ATC and ATM are held once in a year to take stock of the Indian Navy’s training efforts and initiatives and make course corrections, if required.

Talk Show On Diet & Nutrition For Women At 1 EME Centre

A Talk Show on ‘Diet and Nutrition for Women’ was conducted for the families of 1 EME Centre, Secunderabad as part of Army Wives Welfare Association (AWWA) education program on 26 August 2017. The talk was given by Ms Priyanka Varma, M.Sc, Consultant Dietician and Nutritionist, Certified Diabetes Educator. Approximately 150 families attended the program. The event was coordinated and organised by Mrs Kiran Uniyal with active support of Brigadier Ajay Malik, Commandant and Mrs Anita Malik, Chairperson, AWWA, 1 EME Centre.

An interactive question and answer session was also held in between the talk show and gifts were given to the active participants. The above session was quite successful, as almost all the families went very satisfied & contended with the educative and knowledgeable talk show. 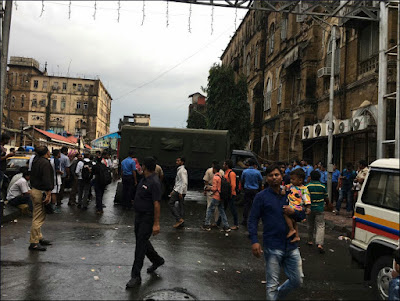 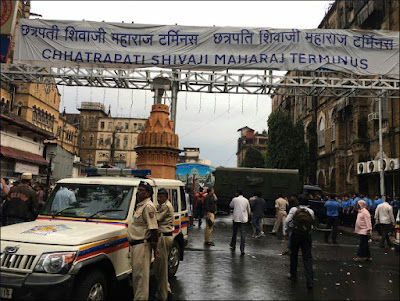 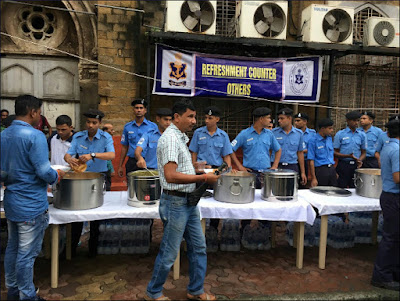 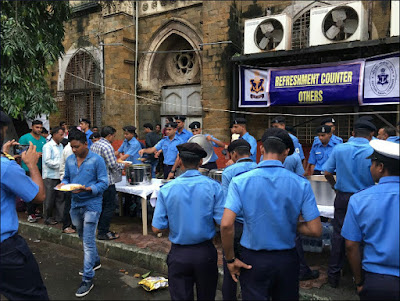 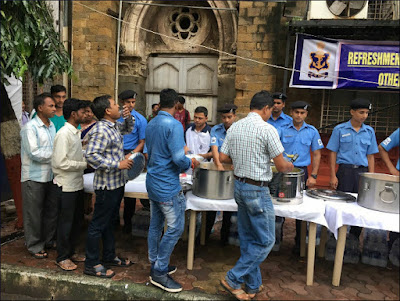 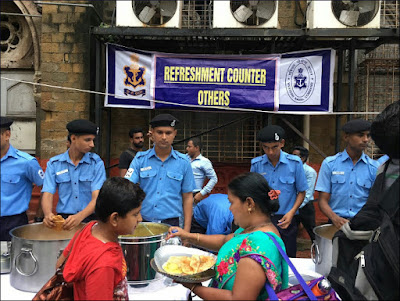 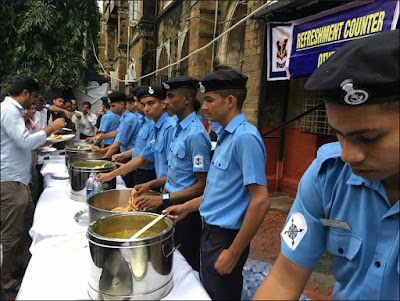 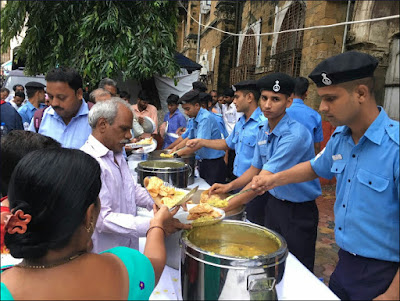 The Indian Navy has put up food counters at Churchgate, Byculla, Parel, CST, Worli, Tardeo, Mumbai Central, Dadar, Mankhurd, Chembur, Malad and Ghatkopar on 30 August 2017 to provide support to Mumbaikars stranded away from their homes due to incessant rains and water logging in the city.