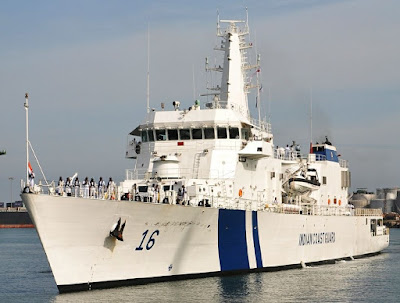 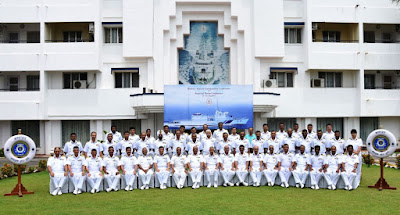 “Shaurya” meaning courage is a projection of the Indian Coast Guard’s will and commitment “To serve and Protect” the maritime interests of the nation.  This 105 meters OPV has been designed and built indigenously by Goa Shipyard Limited and is fitted with 30 mm CRN 91 Gun and state of the art navigation and communication equipment, sensors and machineries.  The advance features on board ship includes Integrated Bridge System, Integrated Machinery Control System, Power Management System and High Power External fire fighting system. The ship is designed to carry one twin engine Light Helicopter and five high speed boats including two Quick Reaction Inflatable Boats for swift Boarding Operations, Search and Rescue, Law enforcement and Maritime Patrol.  The ship is also capable of carrying pollution response equipment to contain oil spill at sea.  The ship has a maximum speed of 23 knots and has endurance of 20 days.

ICGS Shaurya is commanded by Deputy Inspector General DS Chauhan and manned by 12 Officers and 94 Men.  The ship has joined the Eastern Region and is based at Chennai.  The ship will be under the administrative and operational controls of The Commander, Coast Guard Region (East).  Coast Guard Region (East) organised a ceremonial welcome to the ship at Chennai Port today.