A Day At The Officer's Training Academy (OTA) 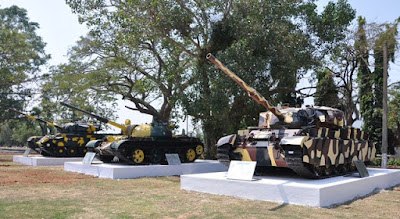 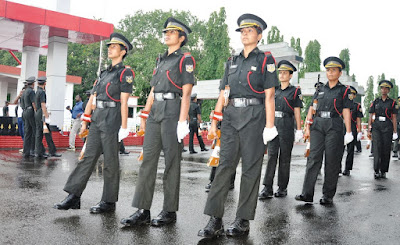 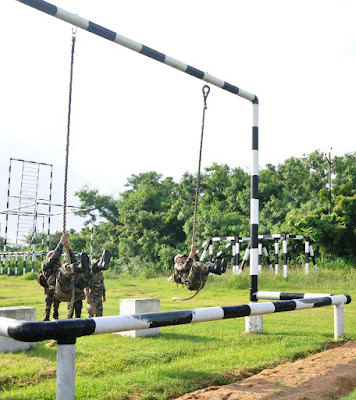 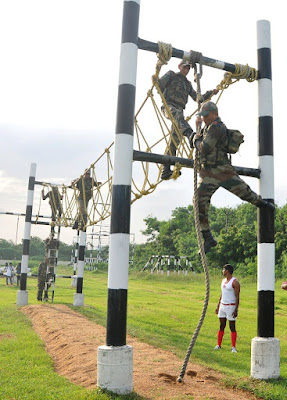 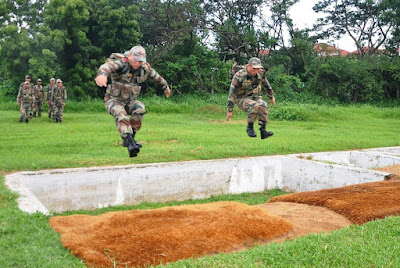 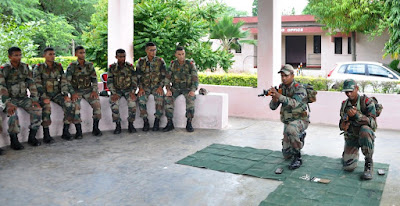 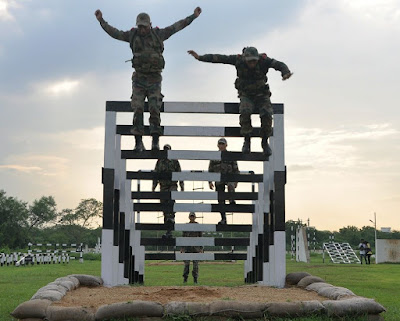 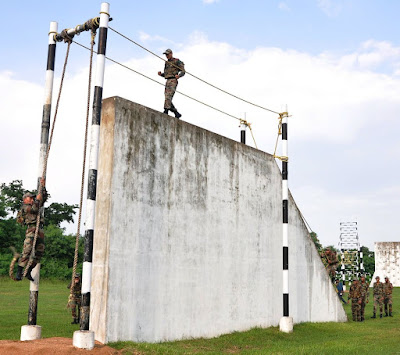 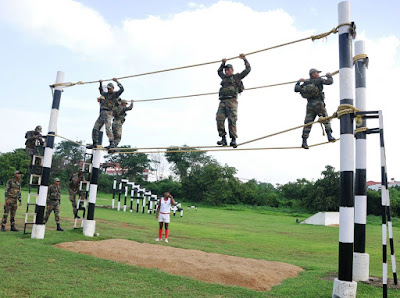 The OTS  (Officers Training School) at Madras was raised on 01 Jan 1963 at St Thomas Mount, with Brig Ram Singh as the first Commandant.  The inauguration of the OTS was done on 15 Jan 1963 which has since been observed as the Raising Day of the Academy.
12 Emergency Commission Courses, EC-1 to EC-12 were trained from 1963 to 1965.  From Mar 1966, grant of Short Service Commission (SSC) to the Officer Cadets commenced.  On completion of 25 yrs of its raising, in Jan 1988, OTS was redesignated as Officers Training Academy (OTA).
The Motto of the Academy is ‘Serve with Honour’.In 1993, Govt Sanction was accorded to grant a permanent status to OTA. The present Commandant of OTA, Chennai is Lt Gen Rajan Ravindran.

Women Officers Journey in the Army. OTA Chennai is the only training institution of Indian Army which trains Women offrs.  Women Special Entry Scheme (WSES) commenced in OTA is Sep 1992, thus initiating commissioning of women offrs into the Indian Army.  The WSES was replaced with the initiation of the Short Service Commission (Women) Course or SSC (W) in Mar 2008, wherein the duration of training for Lady Cadets (LCs) was increased from six months to one year bringing it at par with training of the Gentlemen Cadets.

In 2004, history was created when AUO Rashmi Narayan became the First LC to command the POP.
Smt Pratibha Devi Singh Patil, the then President of India, reviewed the Passing Out Parade (POP) in Mar 2009 when the first SSC (W) Course passed out.  A LC was also awarded the Silver Medal during the parade.
Sep 2010 was another landmark in the history of the Academy when the First Lady Cadet, AUO Divya Ajith Kumar (presently posted as DS) was awarded the prestigious Sword of Honour and the President’s Gold Medal, a feat repeated only once later by AUO M Anjana in Mar 2015.

On 26 Jan 2015, LCs and women alumni offrs of OTA, Chennai added another feather in their caps by forming the first ever all women marching contingent to participate in the Republic Day Parade at New Delhi.
Commissioning.   24,704 GCs and 2,276 LCs have been commissioned from OTA, Chennai till date.

Passing Out Parade 09 Sep 2019. The Academy is under subscribed with the strength of 322 cadets for the passing out course as given under : -
Course
Year
GC
LC
FGC
FLC
Total- SSC-104  & SSC (W)-18
Oct 2016 onwards-266, 31, 25, 322
Lt Gen PM Hariz, Army Commander, Southern Command will be the Reviewing Officer for the Passing Out Parade on 09 Sep 2017.
Gallantry Awards.   Gallantry is a tradition amongst the alumni of OTA, Chennai.   A No of alumni of the Academy have done the Nation proud by displaying the highest standards of gallantry, many of them making the ultimate sacrifice in the line of duty.  The Academy has the honour of having produced 1 PVC, 8 ACs, 10 MVCs, 20 KCs, 60 VrCs, 110 SCs, 22 YSMs and 491 SMs.
Clubs/Hobbies. Co-curricular activities are given their due importance in the Academy with the aim of ensuring all around personality and introducing Officer Cadets to the advantages and joys of inculcating hobbies.   Officer Cadets are encouraged to select their own clubs based on their interests.   The many diverse clubs in operation at OTA, Chennai are classified as indoor and outdoor clubs.

It?s nearly impossible to find knowledgeable people on this topic, but you sound like you know what you?re talking about!
Thanks