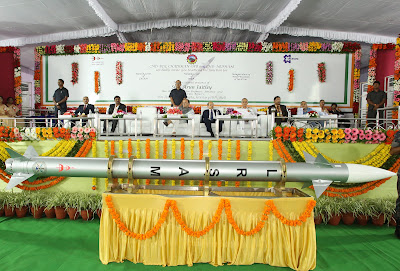 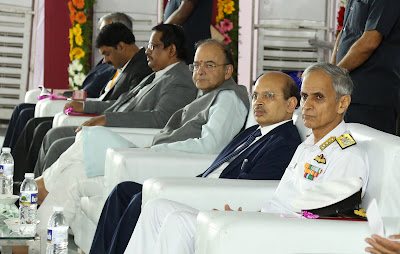 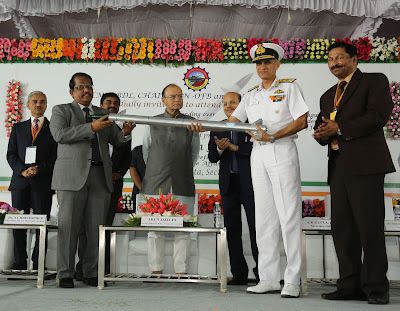 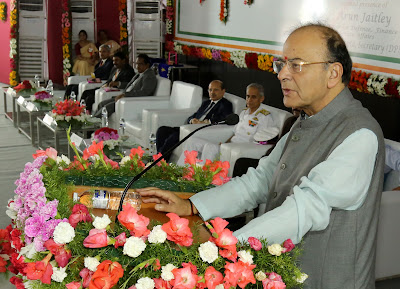 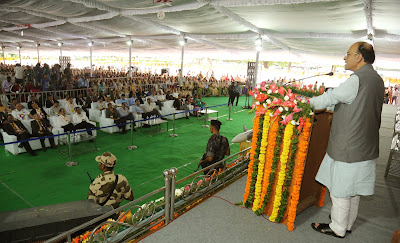 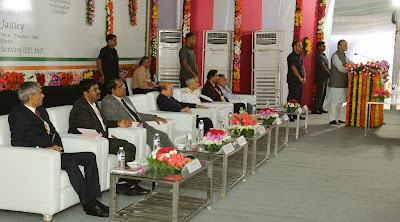 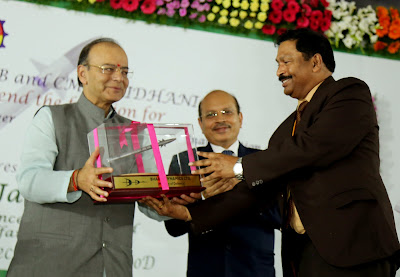 State-of-the-art and first of its kind for a Defence production unit, the Rocket Motor Static Test Facility was dedicated to the Nation by Shri Arun Jaitley, at BDL's Ibrahimpatnam Complex, located near Hyderabad. An amount of 48 Crores spent on this facility.

The 50 Ton Rocket Motor Test facility for Surface to Air Missile (SAM) class of missiles will support the design and vendor development activities needed for production of missiles. These efforts were hither to shouldered by DRDO as the development agency.  BDL is now equipped to take the responsibility on its own which has been actively guided for realisation and establishment by DRDO. The test bed is capable of withstanding a load of 50000 Kg (50T) and explosive limit of 1000kg with H.D 1.1 category. All kinds of SAM motors can be tested.

BDL has acquired 632 acres of land from State Government to establish manufacturing, testing and storage facilities for advanced Weapon Systems of MRSAM (Medium Range Surface- to- Air Missiles) and QRSAM (Quick Reaction Surface- to- Air Missiles).  Plan is afoot to create exclusive complex for manufacture, assemble the missiles and integrate the weapon system in a world class environment.  The need of the hour is to create all these facilities at this new complex which will herald a new era with Make in India as core concept and absorbing and establishing required facilities by active collaboration with DRDO and foreign OEMs.  BDL envisions the Ibrahimpatnam Complex as its future Weapon Realisation and Delivery Unit. BDL spent 522 Crores on this facility.

The facilities are designed under the guidance of DRDO (Defence Research & Development Organization) confirming to CFEES (Centre for Fire, Explosive and Environment Safety) norms.

The facilities will meet the future needs of Missile testing and in line with DRDO labs and can be offered to other vendors of propellant and other sub-systems for development and production as a National Asset.

At BDL, Bhanur Unit, Shri Arun Jaitley, inaugurated the ASTRA Manufacturing Facility. Astra weapon system is an indigenously developed Air-to-Air Beyond Visual Range (BVR) missile developed by DRDO.  It comprises of Astra Launcher and Astra Missile.  It is designed as a BVR missile with a range of 110 Km in head-on mode and 20 Km in tail-chase mode. BVR missiles are the latest in air to air combat.  BDL has been designated as the Lead Integrator by DRDO.

The Minister inaugurated the 5 MW Solar Photo Voltaic (SPV) Power Project at BDL, Bhanur Unit, Telangana State. As part of Govt of India’s Jawarharlal Nehru National Solar Mission(JNNSM), BDL plans to develop 5 MW of SPV plant at Bhanur. Implementation of Grid Connected Solar Power Project is being done under Phase II/III of JNNSM. Feasibility study was done by Solar Energy Corporation of India Ltd, a Govt. of India Enterprise. An amount of 29 crores spent on this project. The payback period is 4.3 years on total capital. This Project will chip into the National Power Grid and will generate 8.545 million units of power per year. Solar power evacuation will be through 33/11 KV DISCOM station located at Nandigama Village which is around 6 Km from the site.

The BEL Academy for Excellence with sprawling complex spread over six acres is built at a cost of Rs. 47 crore. This Academy of Excellence is envisaged to address the training needs of not only BEL employees, but also its customers and vendors/partners, especially MSMEs/SMEs. This institution, which will be affiliated to national/international universities, will also cater to the skill development initiatives of the Central Government. The training programmes have been structured around three core areas: Quality, Technology, and Leadership, with various programs designed with the help of experts from major institutes like IITs, IIMs, IISC, IETE, ISI, ASQ etc.

The NABL accredited EMC test facility is set up at BEL-Bengaluru at a cost of Rs. 60 crore. This EMC facility is the first of its kind in India having Anechoic Chamber of size 11m x 21m x 30m and can conduct testing of Systems/Platforms weighing up to 70 Tonnes. It can be used to conduct system level Electro Magnetic Compatibility (EMC) tests for strategic Defence systems like Battle Tanks, Communication vehicles, Radar systems and Airborne systems including Nuclear Electro Magnetic Pulse (NEMP) and High Altitude Electro Magnetic Pulse (HEMP) testing. It can be used to carry out system level EMC testing for many projects of national importance like AKASH, IACCS, LRSAM, Weapon Locating Radar and Battlefield Management System. The facility will also be open for use to other Indian Defence companies, including MSMEs.

Near Field Antenna Test Range (NFTR) is a critical infrastructure for calibration and testing of Radars and communication antennas. The NFTR facility at Bengaluru is the third such in BEL and the only one in the Defence industry in India. This facility, set up at a cost of Rs. 30 crore will help to calibrate and test next generation Radars with AESA (Active Electronically Steerable Array) based Antenna arrays as well as Antennas for major projects such as QRSAM, MRSAM and LRSAM. 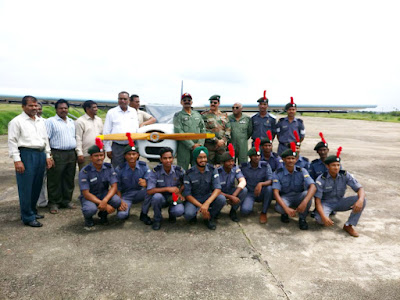 The “Zen Air CH-701” two seater Microlite aircraft landed at Mamnoor airfield, Warangal after being flown in from Nadirgul Airfield, Hyderabad today morning. After a gap of five years, the National Cadet Corps (NCC) Group Headquarter has revived the flying training activity for the air wing cadets of Warangal.

Group Commander, Warangal Group, along with Commanding Officer 4(T) Air Squadron (Sqn) NCC and his team played a major role in bringing the aircraft to Mamnoor airfield and reviving the flying training. Warangal Group NCC has 4(T) Air Sqn NCC unit which imparts theory and practical training to the air wing cadets. The unit has 700 Air Wing cadets, a majority of whom are from Junior Division while the remaining 200 are from Senior Division.

Speaking on the occasion, the Group Commander said, “We are in a process of planning flying schedule for the next few weeks. Since the aircraft is fully serviceable and in flying condition, maximum training would be imparted to the cadets. A cadet would be subjected to intense ground training opportunity consisting of subjects like engine, avionics, airframe, checks and procedures and once they are found to be worthy of flying then they would accompany the IAF pilot and they would get to know the basic facets of cockpit and flying in the cockpit of the aircraft”. Group Commander further added “The flying activity will provide an impetus to the cadets as they will get real time flying experience. The Govt. has entered into a deal with Pipistrel, a Slovenian Light Aircraft manufacturer in 2015. The aircraft has modern avionics system with adequate space in the cockpit. The aircraft is likely to be allotted to Warangal Air Unit by 2018”.

Air Commodore P Maheshwar, Deputy Director General of AP& Telengana Directorate had been making a conscious effort towards commencement of air training at Warangal and expanding the NCC not only in the urban but in rural areas as well. To further the cause of conducting intensive training to cadets, 10 acres of land is being acquired near Mamnoor Airfield, Warangal to establish a fully functional Training Centre for the NCC Cadets of Warangal Group.

The objective of the conference was to obtain feedback from the pensioners that would help the department to serve them better with constantly improving systems and procedures. Digitization of pension data and implementation of a pensionsapp were also discussed in detail.
Joint CGDA (Pension) Shri Kanwaldeep Singh, gave a brief presentation on current status on important issues pertaining to pension. Many issues and suggestions were highlighted by the participants.

The Department was enriched by the deliberations and this initiative would be institutionalized and occur on a regular basis. 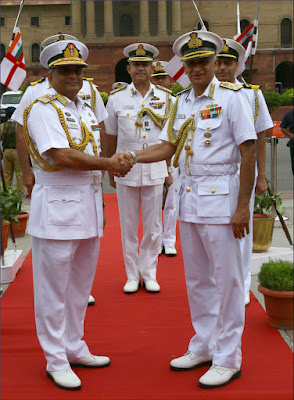 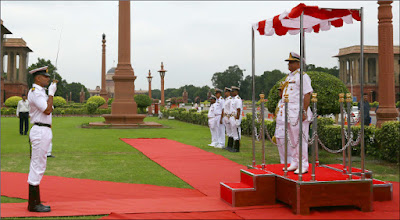 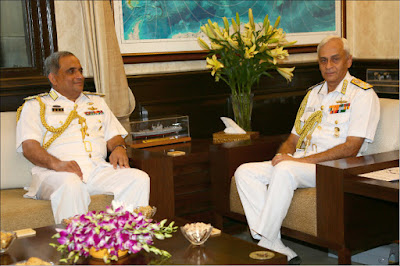 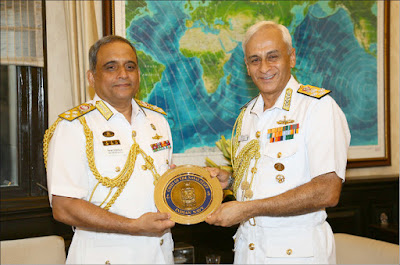 Admiral Nizamuddin Ahmed, Chief of Naval Staff of the Bangladesh Navy is on an official visit to India from 28 to 30 August 2017. The visit is aimed at consolidating bilateral naval relations between India and Bangladesh and to explore new avenues for naval cooperation.

The Chief of Naval Staff, Bangladesh Navy will hold bilateral discussions with Admiral Sunil Lanba, Chairman Chiefs of Staff Committee and Chief of the Naval Staff and other senior officials of the Indian Navy on 28 August 2017. The Admiral is also scheduled to meet Chief of the Air Staff, and will also call on the Hon’ble Raksha Mantri, NSA and Defence Secretary as part of his official meetings in New Delhi. In addition to New Delhi, the Admiral is also scheduled to proceed to Visakhapatnam where he will be visiting various naval establishments, including INS Kalinga, INS Karna and INS Satavahana.

Naval cooperation between India and Bangladesh has been traditionally strong, encompassing a wide span which includes operational interactions through Training, Port Calls, Passage Exercises along with Capability Building and Capacity Augmentation initiatives. Bangladesh Navy is also the present Chair of the Indian Ocean Symposium (IONS), which is a Multilateral Maritime Cooperation platform launched by the Indian Navy. Bangladesh Navy is also scheduled to conduct an International Multilateral Maritime Search and Rescue Exercise titled IMMSAREX in November 2017, which is being held under the IONS construct. 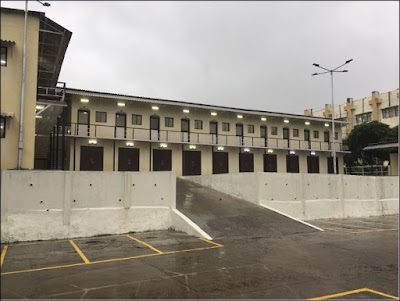 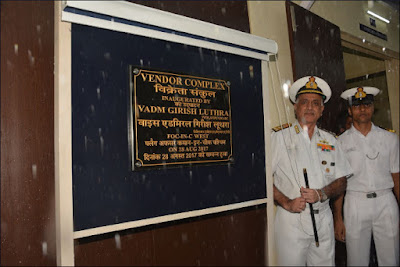 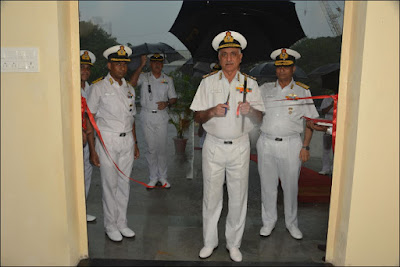 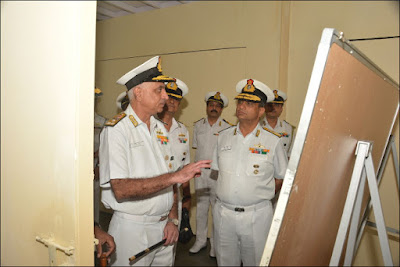 Vice Admiral Girish Luthra, PVSM, AVSM, VSM, ADC, Flag Officer Commanding-in-Chief, Western Naval Command, inaugurated a vendor support facility at Naval Dockyard, Mumbai on 28 August 2017. The complex, which houses offices and workshops of fourteen vendors will serve to decongest the yard and is also expected to enhance efficiency of offloaded work being undertaken by the vendors.