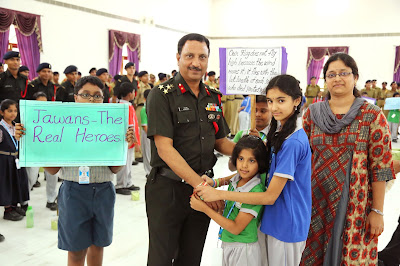 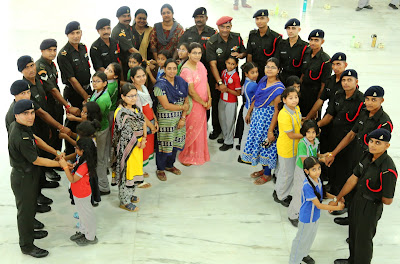 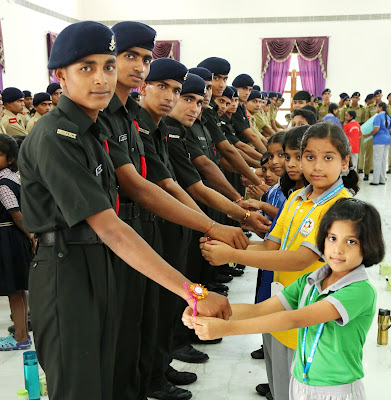 As part of Independence Day celebrations, Army Ordnance Corps (AOC) Centre organised a tour for the school students to AOC Centre in Secunderabad Cantonment, today. Around 100 students of various Schools from twin cities took part in this trip. The aim of the event was to familiarize and motivate the young students. The event was inaugurated by Brigadier PK Sharma, Commandant of the Centre.

Kids tied Rakhis to the soldiers to mark the Raksha Bandhan celebrations. Students also visited the Motivation Hall of the AOC Centre which has received the prestigious Indian National Trust for Art & Cultural Heritage Citation, Sand Model Room depicting various regions like Plains, Plateaus, Mountains and desert. The instructors briefed the students about the general conduct of various Military drills. The event concluded with informative interactions of Students with officers and soldiers on various entry schemes and opportunities in the Armed Forces. 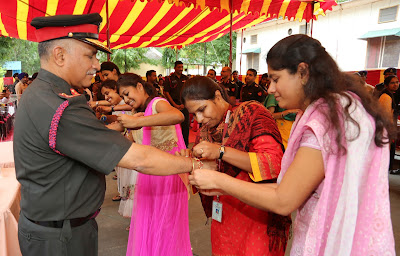 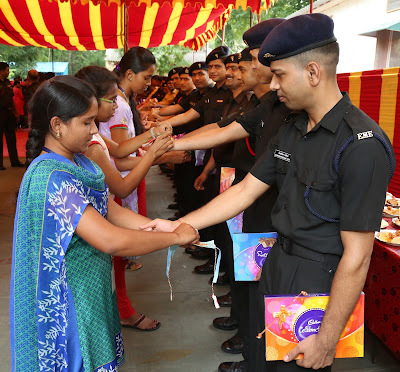 Army personnel celebrated Raksha Bandhan at Headquarters Telangana and Andhra Sub Area here today. Samskruti Foundation organised the ceremony in which girl students from various colleges participated. Girls tied Rakhis on the wrist of soldiers, who are staying away from their families for months together in the call of duty for the Nation.

Speaking on the occasion, Major General N Srinivas Rao, General Officer Commanding (GOC), Telangana and Andhra Sub Area (TASA) said that the girl students celebrating Raksha Bandhan festival with us has definitely been a heartwarming experience and soldiers who have been gifted with unparalleled memories that they will cherish forever.