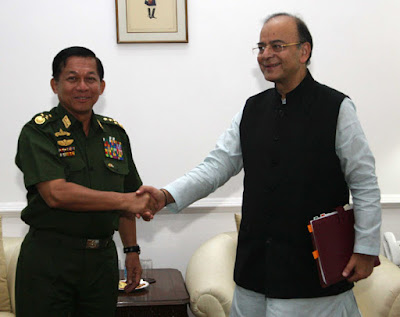 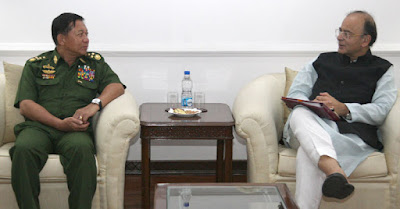 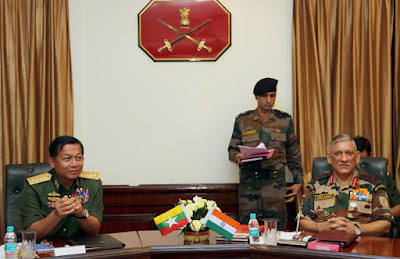 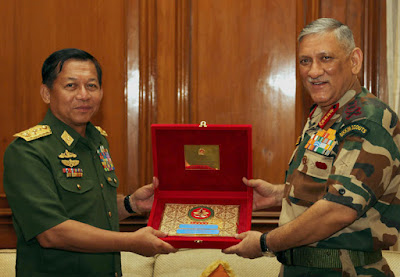 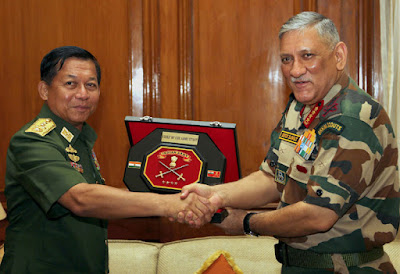 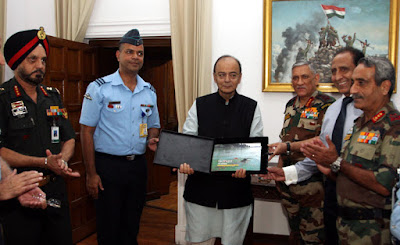 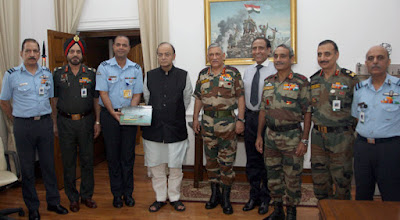 The Defence Minister Shri Arun Jaitley released a Coffee Table Book titled ‘Ganga Avahan – The Epic Tale of a Historic Swim’, here today. The ‘Ganga Avahan’ was a pioneering and historic exploratory open-water swim expedition on the Ganga River. This was the first ever human effort to swim down the entire stretch of the river and also the longest ever social campaign undertaken through an adventure sporting activity for the Swachh Bharat National Mission, Clean Ganga project and Beti Bachao Beti Padhao initiative.

A nine-member team of three swimmers and the rest rafters from the three Services of the Indian Armed Forces, led by acclaimed international open-water swimmer Wg Cdr Paramvir Singh was flagged-off in New Delhi by Union Minister of Urban Development, Housing and Urban Poverty Alleviation and Information & Broadcasting Shri M Venkaiah Naidu on first anniversary of Swachh Bharat, on 01 October 2015.

The expedition commenced on 08 October 2015, at Devprayag, where Bhagirathi and Alaknanda merge and the Ganga begins. Wg Cdr Paramvir began the expedition which continued for 43 days, through Uttarakhand, Uttar Pradesh, Bihar, Jharkhand and West Bengal and culminating on 19 November 2015 at Bakkhali Beach, Frazerganj covering a total distance of 2,800 kms. Throughout the swim, the team campaigned extensively for Swachh Bharat, Clean Ganga and Beti Bachao Beti Padhao, reaching out to the villagers, townsfolk, civic authorities and NGOs, managing to interact with tens of lakhs of people all along the route as they undertook their extraordinary and highly challenging odyssey.

The former Defence Minister Shri Manohar Parrikar had flagged-in the expedition on 23 October 2015. This expedition was a landmark exploration of the river as this was first time in the history of human exploration that any individual had attempted to swim down the entire stretch of the river and succeeded, making it a world record. Their other achievements included the first ever Manual Rafting of the entire river in the World and the longest ever social campaigning through an adventure activity in the World.

The Prime Minister Shri Narendra Modi had lauded Wg Cdr Paramvir Singh and his social outreach, during his address to the nation in ‘Mann Ki Baat’ radio broadcast.

The Coffee Table Book chronicles their entire extraordinary and indeed fascinating journey, detailing experiences, outreach and challenges along the vast civilizational cradle that is the Ganga. The Foreword of this epic expedition is written by the Prime Minister.

The function was attended by Chief of the Army Staff General Bipin Rawat, Chief of Integrated Defence Staff to the Chairman, Chiefs of Staff Committee (CISC) Lt Gen Satish Dua besides other senior officers from the Tri- Services.


The IAF has recently participated in a joint exercise with Sri Lankan forces. A transport aircraft of IAF had ferried a contingent of 65 members of IAF personnel on 09 Jul 17 to Sri Lanka with an aim of carrying out joint training. The contingent included a sky diving team along with the Air Warrior Drill Team. While at Colombo, joint para drops were carried out along with Sri Lankan troops.

This exercise offered an opportunity to both, the IAF and SLAF contingent members, to observe each others’ Standard Operating Procedures as well as exchange ideas on joint operations. The Air Warrior Drill Team also displayed its immaculate coordinated weapons drill at Colombo. The team would arrive at Trivandrum on 14 Jul 17 after a very satisfying joint exercise.