Defence Minister Shri Arun Jaitley released a booklet here today highlighting efforts made by Department of Defence Production in the last three years in pursuance of self-reliance in defence sector. It is a compilation of the achievements of the Department of Defence Production in the field of indigenous production of weapon systems/platforms and policy initiatives undertaken in the past three years.

Ever since the launch of ‘Make in India’ initiative in September 2014, the focus has been to improve the business environment by easing processes to do business, encourage participation of Indian public and private sectors in defence production and promote innovation and indigenous development of equipment and weapon platforms.

The booklet mentions a number of policy initiatives which have been taken by the Department of Defence Production. These are relaxation in Foreign Direct Investment policy, providing exchange rate variation protection to domestic industry, level-playing field to private sector in terms of excise duty/custom duty at par with public sector, liberalising licensing policy and extending the validity of industrial licensing to 15 years, streamlining defence offset guidelines and restoring services as an avenue for discharge of offsets. It also includes facilitating exports by issuing NOC online, hosting procedure for issue of NOC and list of military stores in public domain besides doing away with end-user certificate, revising make procedure to promote design and development, promulgating green channel policy, categorising certain Ordnance Factory Board (OFB) products as non-core, aligning payment terms of Defence Public Sector Undertakings (DPSUs), etc. It also mentions about ‘Make in India’ portal for defence production which is a very industry-friendly website covering all policy procedural issues.

The booklet also mentions that Ordnance Factories and DPSUs, working under the administrative control of Department of Defence Production, have not only enhanced their production from ₹ 44,000/- crore to ₹ 56,000/- crore but have also delivered many state-of-the-art platforms to the Armed Forces, including Light Combat Aircraft ‘Tejas’, Surface to Air Missile System ‘ Akash’ . During the last three years, 128 industrial licences have been issued.

Other highlights are, all naval ships and submarines on order are being constructed in Indian shipyards and percentage of capital procurement from Indian vendors has gone up from 47 to 61 in the last three years.

A number of steps are being taken to augment production capacity by DPSUs, such as infrastructure building for Mine Counter Measure Vessel at Goa Shipyard Ltd., new helicopter manufacturing facility at Tumakuru, second production line for Dhruv at Kanpur, manufacturing capacity for T-90 and PINAKA Rockets and manufacturing facilities for Medium Range Surface to Air Missile (MRSAM) at Ibrahimpatnam, Hyderabad.

On 04 Jul 17, an ALH of helicopter unit based at Tezpur had gone missing while carrying out an HADR mission near Itanagar. The helicopter had carried out five sorties evacuating stranded people near Itanagar due to landslides between Naharlagun and Sagalee. There were three crew members and a Arunachal Pradesh police personnel on board, when the aircraft was reported missing at approx 1550 hrs. While the search and rescue operations were initiated immediately, however the process was hampered frequently due to bad weather in the area. 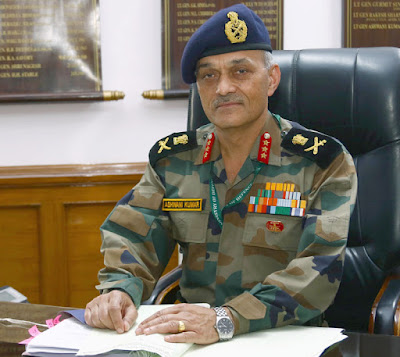 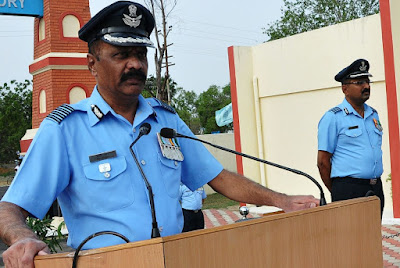 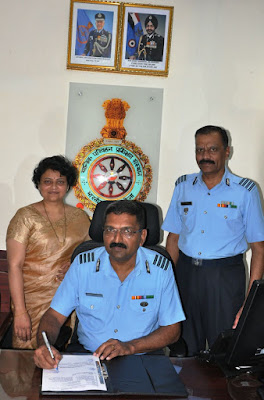 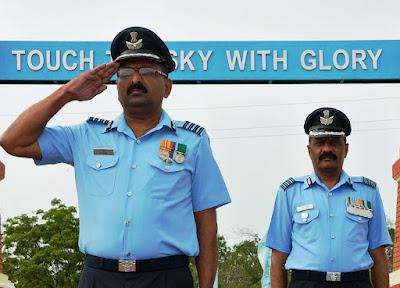 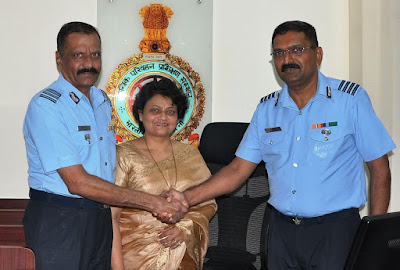 Group Captain A Hurtis was commissioned on 06 Oct 1992 in the Indian Air Force.  He completed BE Mechanical from Mangalore university in 1992 and Master of Science in Quality Management from BITS, Pilani in 2013. He has undergone Methods of Instruction Course, Quality Assurance (Aeronautical) Course, Technical Staff Officer’s course and Human Factor capsule. He is trained on Mig 23 BN and Mig 27 variants.

Prior to assuming the Command of Mechanical Transport Training Institute, Air force, he has held various appointments in operational units.
He is married to Mrs Mohini and is blessed with one daughter who is working in the corporate sector. 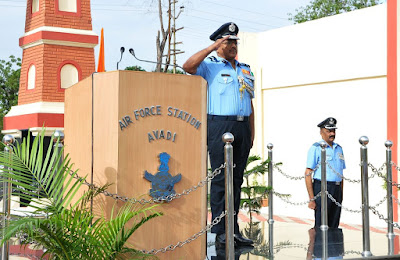 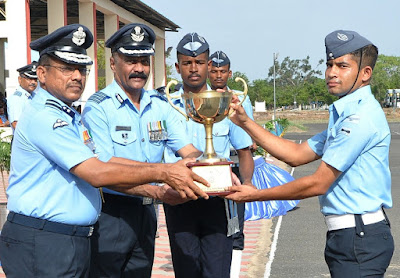 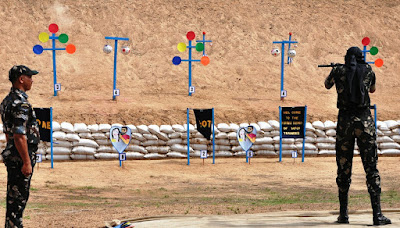 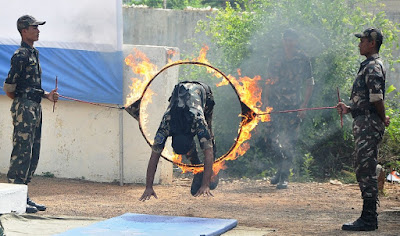 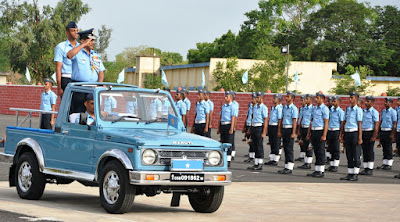 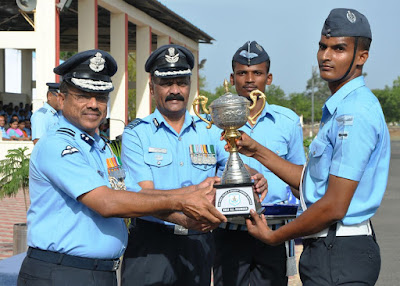 Air Commodore CGH Khan, Headquarters Training Command, Bangalore was the Reviewing Officer for the Parade.  He was received by Group Captain PV Pawar, Commanding Officer, Mechanical Transport Training Institute, Air Force.  The Chief Guest reviewed the parade and presented Trophies to the meritorious passing out candidates.  Addressing the parade, the Chief Guest emphasized upon the trainees to ensure optimum contribution by each of them towards the service.  To achieve this, a sound foundation has been laid at Training Institute and this would help them in becoming true air warriors.

There was an unarmed combat display presented by the intrepid Air Warriors, which was followed by a dazzling display of Gypsy drill where in the ab-initio trainees demonstrated their skills of dismantling and re-assembling a Maruti Gypsy in less than 5 minutes.  Thereafter, the Indian Air Force Police trainees demonstrated their driving skill by presenting a daring motorcycle drill.  Their action impressed everyone with prefect synchronizing movements. 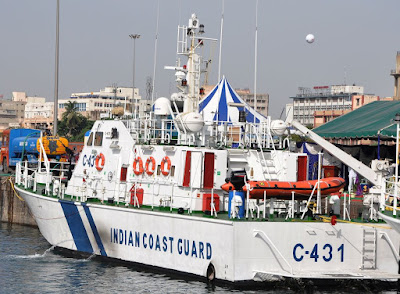 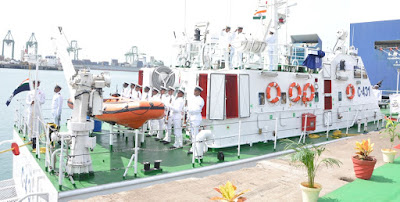 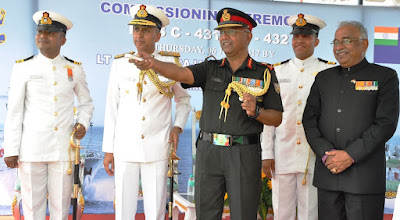 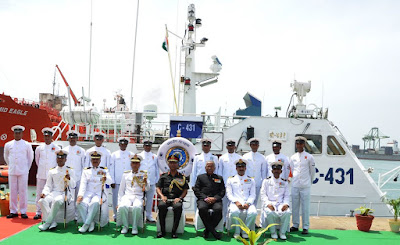 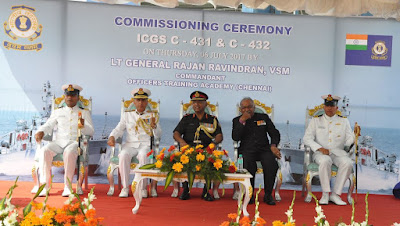 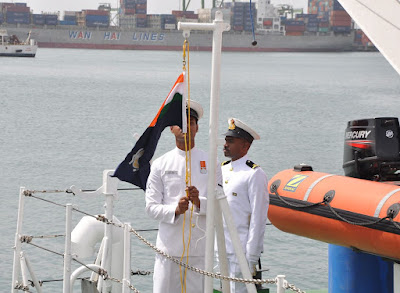 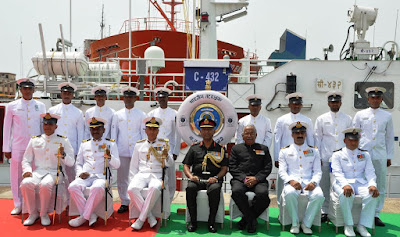 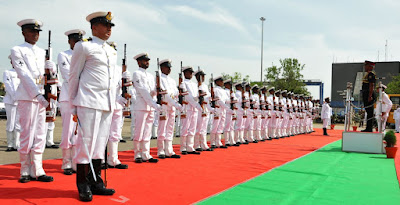 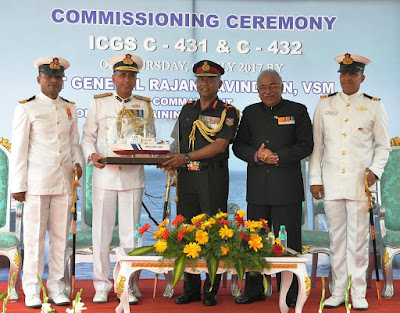 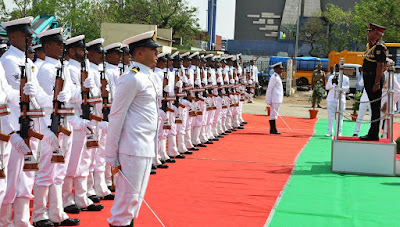 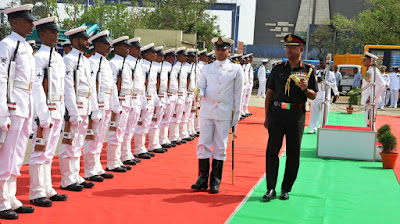 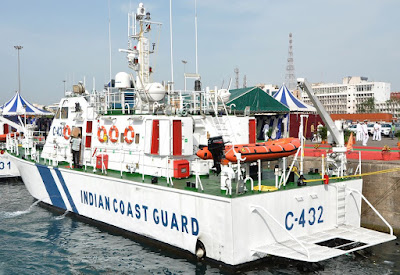 The interceptor Boats have been designed and built indigenously by M/s L&T Ship Building, Kattupalli.  The boats had undergone extensive trials on the equipment and machineries fitted and on successful completion of trials, the boats were commissioned in ICG service.   The boats, which are part of the 36 IBs project contract signed between MoD and L&T shipyard on 19 Mar 2010, will be based at Chennai and Karaikal.  Their presence will further strengthen the coastal security mechanism along Tamil Nadu Coast.

These boasts would be utilized for day and night coastal patrol & surveillance, SAR, disaster relief, humanitarian assistance, anti-terrorist, anti-smuggling operations and fisheries protection and monitoring.  The boats are equipped with state of the art sensors including sophisticated navigational and latest communication system and are capable of operating in tropical conditions with expected life span of more than 15 years.  These IBs can achieve speed in excess of 40 Knots.  Speaking on the occasion, the chief guest Lieutenant General Rajan Ravindran brought out that the Coast Guard is on the path of exponential expansion and such addition of assets will enhance the prowess and capability of the Indian Coast Guard.