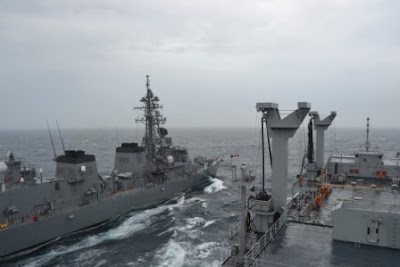 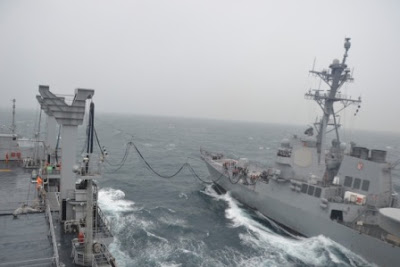 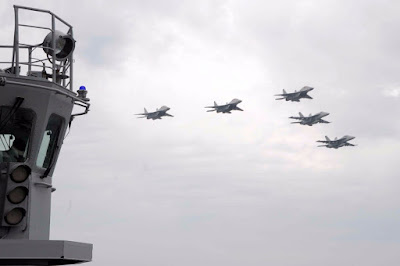 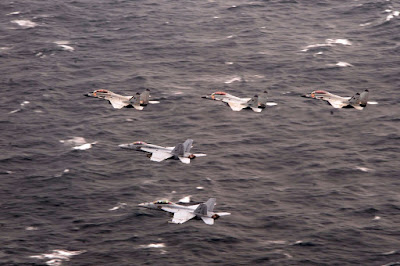 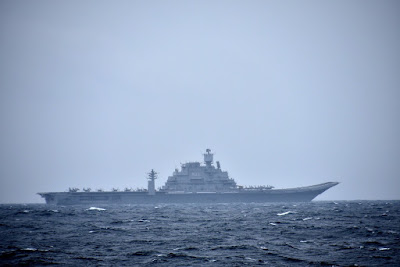 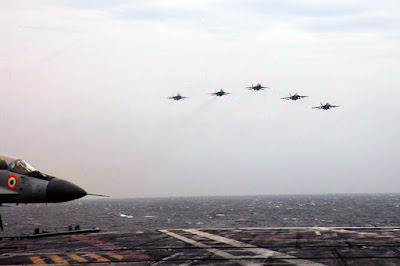 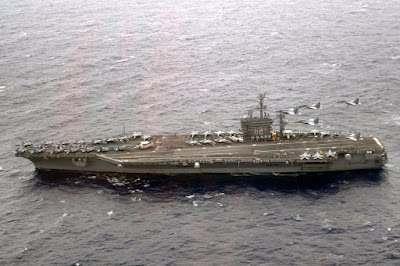 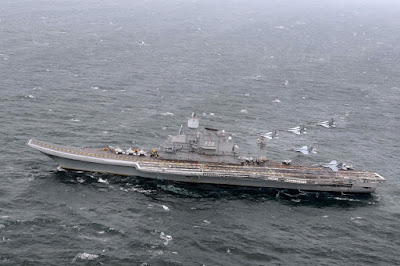 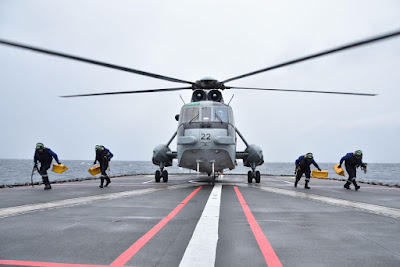 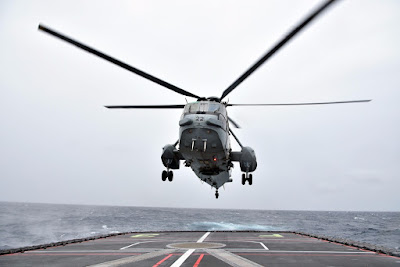 The Indian Navy, Japanese Maritime Self Defence Force and US Navy commenced the sea phase of the mutilateral naval exercise, MALABAR-17 in the Bay of Bengal. The exercise saw the ships of the three navies participating in the naval manouvres at sea. The movement of ships swiftly and smartly, at close quarters, is as an essential aspect fleet work. The manouevering was aimed at streamlining procedure in ship handling and communications.

Despite the rough seas and challenging weather, the ships and aircraft of the three navies carried out their assigned tasks in a cohesive manner. An Indian Navy Seaking helicopter undertook transfer Japanese personnel to INS Vikramaditya as part of crew exchange programme during the exercise. It was followed by flying operations undertaken by the helicopters of the US Navy ships.

On 16 July, INS Jyoti, a tanker ship undertook Replenishment at Sea with US Navy ship Shoup and Japanese navy ship Sazanami. During this operation, INS Jyoti passed the oil hoses to the US and Japanese Navies to exercise transfer of fuel.

INS Vikramaditya, India’s aircraft carrier participating in the exercise launched MiG 29K fighter aircraft to undertake combat missions against the US Navy F-18 fighter aircraft launched from USS Nimitz, the USN aircraft carrier, for combined crew training. In addition to the combat operations, the fighter aircraft from both navies undertook composite formation flying, thereby demonstrating another step in the interoperability aimed through this exercise.