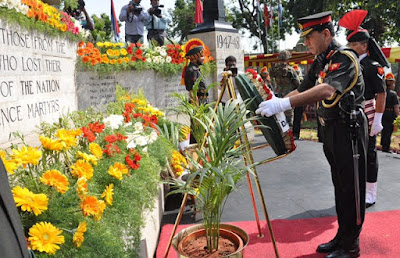 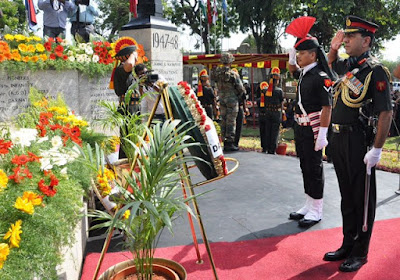 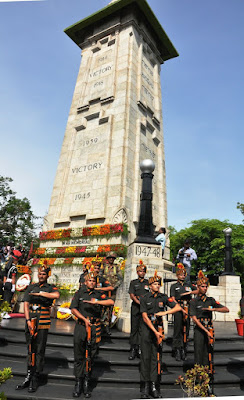 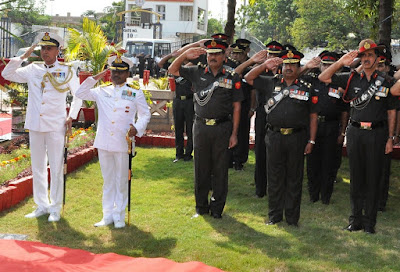 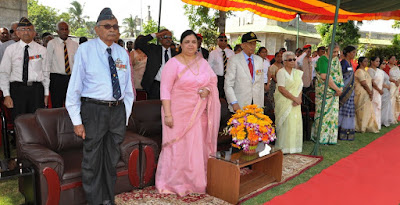 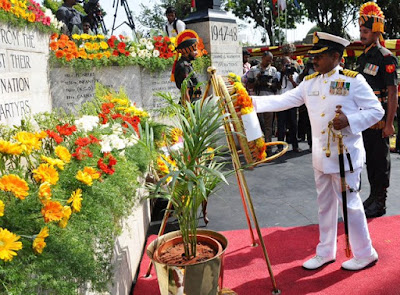 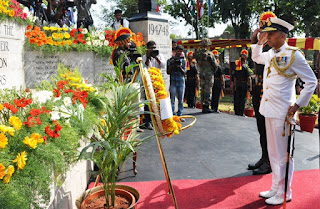 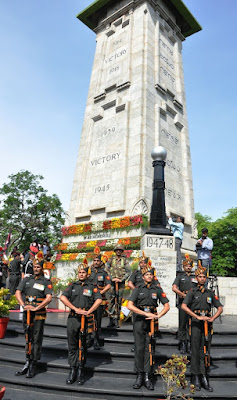 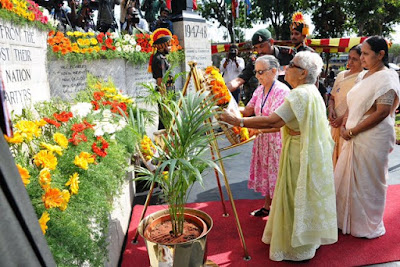 Kargil Diwas, was celebrated on 26 July 2017 to commemorate the success to Indian Armed Forces during Operation VIJAY. On this day India successfully recaptured the high outposts in the Kargil - Drass Sector which were occupied by Pakastani intruders during the preceding winter months.  The Kargil war was fought for more than 60 days and finally concluded on 26 July 1999 in a spectacular victory of India.

The day is celebrated every year to honour the Heroes of Operation VIJAY.  Commemorative events are organised all over the country to pay tribute to the supreme sacrifice and glorious victory of the Indian Armed Forces.

At Chennai, the Kargil Diwas was observed with a ceremony organised at the Victory War Memorial.  The ceremony which was conducted in the morning was attended by Lieutenant General RK Anand, General Officer Commanding, Dakshin Bharat Area and Senior serving and retired officers of the three services, Junior Commissioned Officers and Jawans.  Later in the day citizens of Chennai paid their tribute to the martyrs by lighting candles at the Victory War Memorial.

We salute our war heroes for the supreme sacrifice they made for the Nation.  We also salute the families of these martyrs who produced such brave men who did not even flinch while laying down
their lives for the motherland.  May all the families hold their head high with pride, as the whole Nation is with them.  The sacrifice they made continue to inspire us.  It was on the day of 26 July 1999, the official day of declaration of eviction of all the intruders from Indian soil.  This day also reminds us that while we as a Nation stand as an embodiment of peace, we also have the capability to fight and win a war when forced upon us.  MAY THE FIRE OF PATRIOTISM REMAIN EVER
IGNITED AND BURN BRIGHTER WITH EVERY PASSING YEAR.