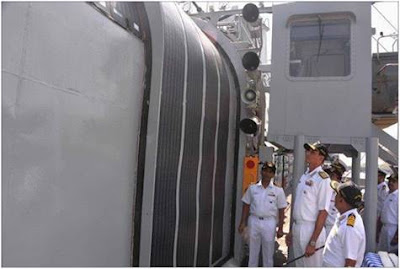 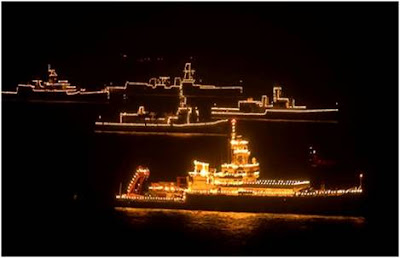 World Environment Day on 05 Jun 2017 marks three years of the launch of Green Initiatives Drive of Indian Navy. The past three years have seen a unified approach by rank and file in Indian Navy towards pursuance of green goals. The energy optimisation measures in IN cover its entire spectrum – operations, infrastructure and maintenance. Concerted efforts are being undertaken to reduce energy use (both electricity and fuel) through self-driven conservation measures.
In addition to Smart LED Street Lighting in Naval stations, conventional lighting on operational platforms is also progressively migrating to LED lighting, which signifies the scope of policy outreach. Further, fuel optimisation measures have been enforced onboard ships without compromising on the operational tempo.

With innovation driving military technology, a maiden attempt has been made towards use of Renewable Energy onboard a naval platform, with solar panels fitted on top of Helo Hangar of one of the ships towards producing electricity for battery charging.

The Key Result Areas of Energy Conservation, Diversification of Energy Supply and minimising Environment Impact are in line with the national mission of ‘Reducing Import Dependency in Energy’ and the tenets of the country’s ‘Intended Nationally Determined Contribution (INDC)’ as part of climate change goals. In accordance with the National Mission of Mega Watt to Giga Watt to achieve the target of 100 GW Solar PV Installation by 2022, Indian Navy too is contributing with a target of 19 MW Solar PV, by 2018, in three phases. In addition to above, Indian Navy has pledged 1.5 per cent of its Works budget, towards Renewable Energy generation. Under this programme, Solar PV projects are being undertaken in Naval Stations across all Commands. Naval Stations, with scarce available land, have resorted to the innovative idea of deploying Rooftop Solar PV panels, to harness the solar energy.

The initiatives taken in line with the Prime Minister’s ‘Swachh Bharat Abhiyaan’ across various Naval establishments have also started yielding tangible results. 5600 kgs of manure, 450 kgs biogas (Methane), which is being used in lieu of LPG, is being generated every month from bio-degradable waste and Biogas plants using Organic Waste Converters. Considering the positive impact of afforestation, over 14000 saplings have been planted over the course of the preceding year. These are being nurtured by Naval personnel and mitigate an estimated 284 tonnes of CO2.

Impetus is also being afforded to ensure that pollution is kept minimal in our harbours and seas. Effluent Treatment Plants to neutralize toxic wastes prior their discharge, use of oil skimmers, floatsam collection/ disposal through Sullage Barges and induction of equipment which enable compliance to IMO norms though not mandated for men-of-war is being ensured for the purpose.
The World Environment Day 2017, with the theme of ‘Connecting People to Nature’ further gives an opportunity to all echelons to join hands and consolidate our efforts in pursuit of care for the environment. 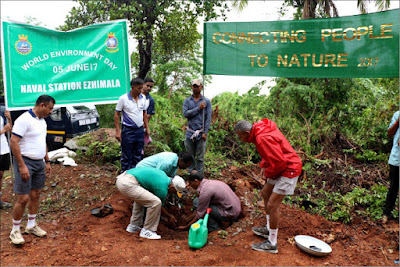 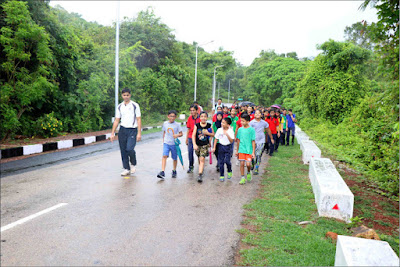 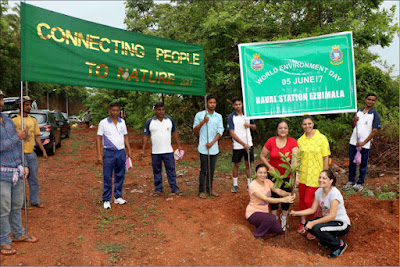 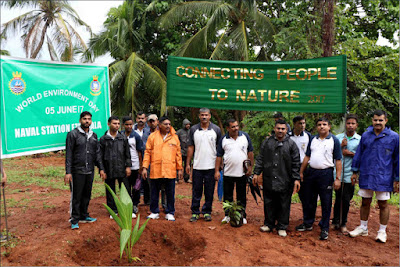 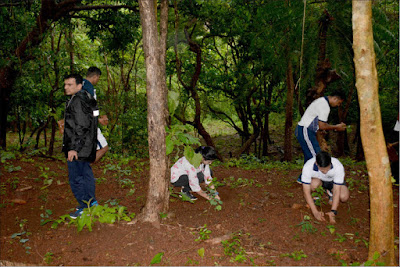 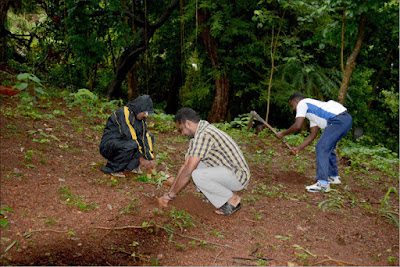 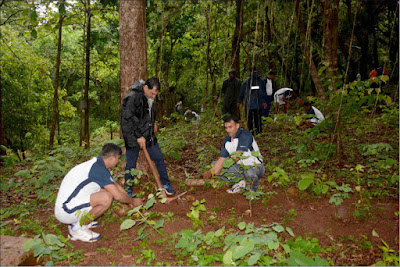 On the occasion of World Environmental Day, an overwhelming participation from Naval community, Civilian personnel and Children was on display at Indian Naval Academy, Ezhimala. The entire community including children and young students participated in the plantation drive, cleanship of Zamorin beach as part of “Swatch Bharat Abhiyaan” and nature walk organized by INS Zamorin. Under the ‘Plant for the Planet Campaign’ 35,000 plants / sapling of numerous categories, like fruit bearing, indigenous trees, medicinal plants, herbal plants and decorative plants were planted. The saplings were sourced from The Social Forestry Department, Government of Kerala.