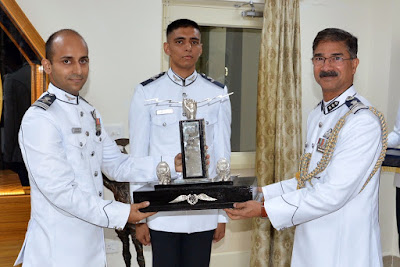 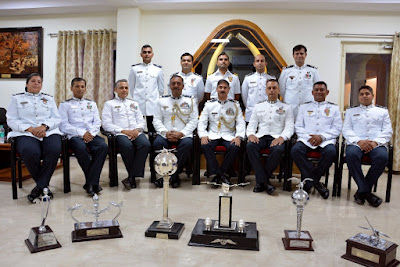 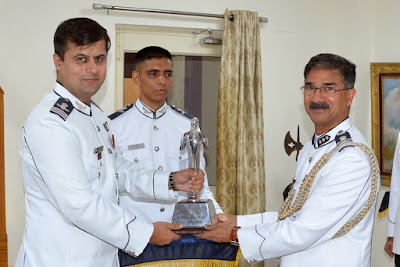 Group Captain Kunal Kala, Commanding Officer of Navigation Training School gave the welcome address commemorating the successful completion of both the courses, along with the conduct of Ab-Initio navigation training of two Sri Lankan Air Force officers.  Chief Navigation Instructor Wing Commander AK Yadav read the course reports for both the courses. The graduating course of 92nd Advance Navigation Course comprised of six officers including three from Indian Air Force and two from Indian Navy and one from Indian Coast Guard.  These officers would be stepping out as instructors and would be taking up instructional assignments in their respective services.  Meritorious flight cadets of the 124 Ab-Initio Navigation Course were also awarded with trophies, medals and certificates during the same Function.  The flight cadets, who also have completed their training at NTS, would be commissioned as officers into the Indian Air Force during the Combined Graduation Parade to be held at Air Force Academy, Dundigal on 17th of this month.