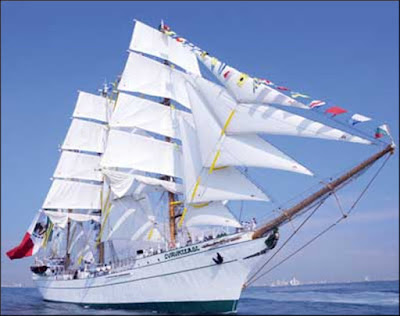 Indian Navy has launched a “Search & Rescue” operation to look for a lady cadet who has reportedly fallen overboard from Mexican Sail Training Ship (STS) Cuauhtemoc, at 1400 hrs on 11 June 2017 in position about 560 Nm west of Goa. It has been reported that the lady cadet was not donning life saving gear when she fell overboard.

The Mexican sail Ship is scheduled to visit Mumbai from 21 – 26 June 2017. The last port of call of the ship was Port Said, Egypt and the next port of call is Singapore.