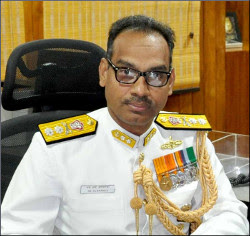 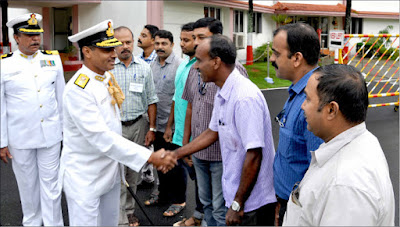 The admiral is an engineering graduate from Andhra University and was commissioned into the Indian Navy in Feb 1987. Subsequently, he completed his post graduation in Advanced Marine Engineering from DIAT, Pune. He has specialised in Gas Turbine Technology and has served onboard frontline destroyers Indian Navy Ships Rana, Rajput and Ranjit.

The officer has held various senior appointments in other naval Commands, including Commanding Officer, INS Eksila (a technical establishment) and Commodore Superintendent, Naval Ship Repair Yard, Port Blair. He was also Director Marine Engineering and Principal Director Fleet Maintenance at IHQ MoD (Navy, New Delhi. Prior to taking over as Admiral Superintendent of the Yard, he was the Command Engineer Officer at Headquarters, Eastern Naval Command.