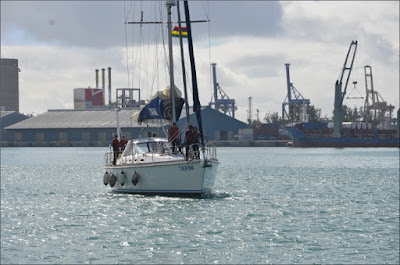 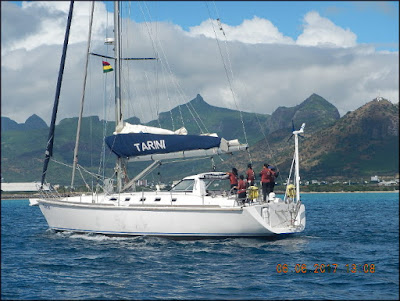 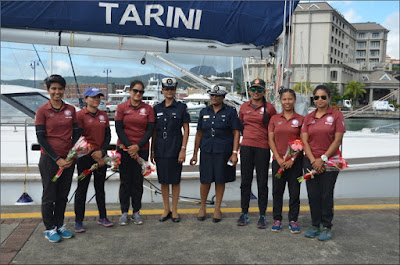 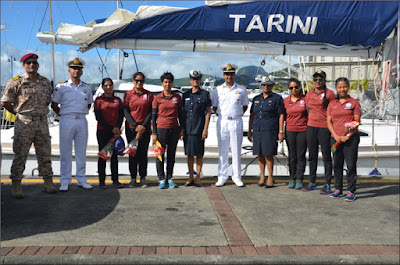 Indian Naval Sailing Vessel Tarini entered Port Louis harbour, Mauritius at 1300 hrs  on 06 June 2017 on her maiden visit to the island nation since induction in the Indian Navy in Feb 2017. Tarini is the sister Vessel of Indian Navy's first sailing Vessel INSV Mhadei, that has numerous accomplishments to her name. INSV Tarini is 55 feet in length and built in India in line with the ‘Make in India’ initiative of the Indian Navy, fructified by M/s Aquarius Shipyard, Goa.

The Vessel is skippered by Lieutenant Commander Vartika Joshi (a Naval Architect) and the all-women Naval officers crew comprising Lieutenant Commander Pratibha Jamwal, Lieutenant P Swathi, Lieutenant Vijaya Devi, Lieutenant Payal Gupta and Lieutenant B Aishwarya. Tarini has begun a new chapter in the history of ocean sailing by Indian women, wherein the first Indian all-women crew of IN would endeavour to circumnavigate the globe in Aug 2017. Tarini aims to promote a spirit of adventure and camaraderie amongst the young Naval personnel in the years ahead