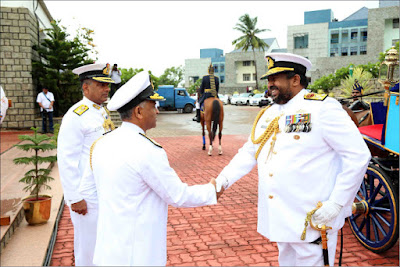 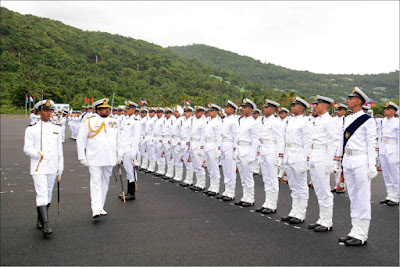 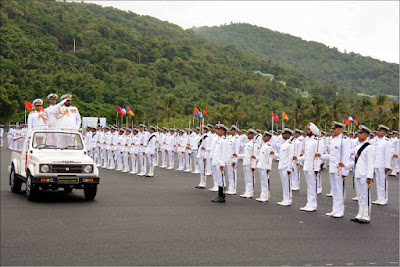 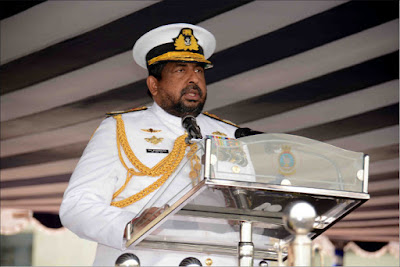 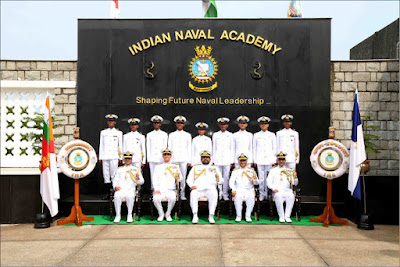 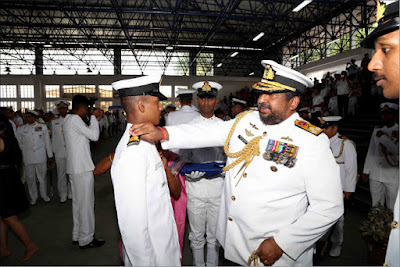 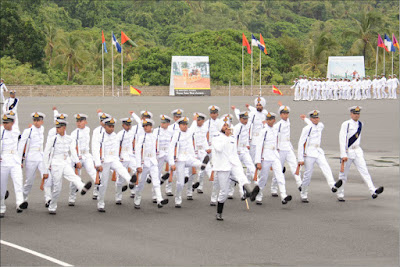 At an impressive Passing out Parade (POP) held at Indian Naval Academy (INA), Ezhimala here today, Saturday, 27 May 2017, 272 cadets of Indian Navy, 66 cadets of Indian Coast Guard and two International cadets – one each from Benin and Tanzania – passed out of the hallowed portals of INA on successful completion of their training.

Vice Admiral Wijegunaratne, following the ceremonial review, awarded medals to nine meritorious cadets. In his address, he congratulated the passing out cadets and urged them to constantly challenge their physical and mental limits to be a successful naval officer. Vice Admiral AR Karve, AVSM, Flag Officer Commanding–in–Chief, Southern Naval Command, Vice Admiral SV Bhokare, AVSM, YSM, NM, Commandant, INA, Prof. Anil D Sahasrabudhe, Chairman, All India Council for Technical Education (AICTE), New Delhi and other senior officers were present on the momentous occasion.  The Passing Out Parade was also witnessed by the proud parents and guardians of all successful cadets, as well as by a large number of local and outstation dignitaries, media personnel, cadets of Rashtriya Indian Military College (RIMC), Dehradun and school children.

The glittering ceremony culminated with the successful cadets forming up in two columns and marching with their gleaming swords, held in salute, past the Academy’s Saluting Dias known as the Quarterdeck, in Slow March, to the traditional notes of ‘Auld Lang Syne’, the poignant farewell tune played by all Armed Forces around the world when bidding adieu to colleagues and comrades. As they marched past the sacred quarterdeck, the passing out cadets were bid farewell by cadets of the junior term who manned the mast.

On completion of the parade, the ‘Shipping of Stripes’ ceremony was conducted.  The proud parents and guardians of the Passing Out cadets shipped the Naval and Coast Guard epaulettes, popularly known as ‘Stripes’ on the shoulders of their wards, thus symbolising their transformation from ‘cadets’ into commissioned Naval and Coast Guard officers.  The Reviewing Officer and other dignitaries shipped the stripes of the medal winners and congratulated all the trainees for their successful completion of the rigorous training.  These officers will now proceed to various Naval and Coast Guard ships / establishments, to further consolidate their training in various fields.