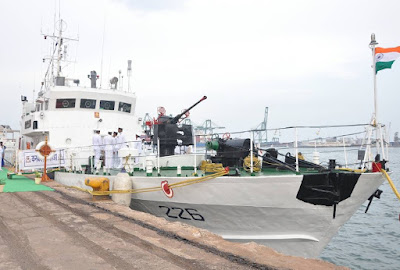 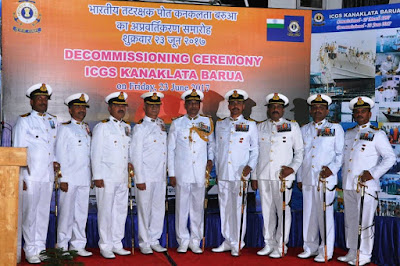 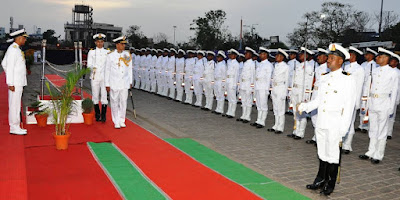 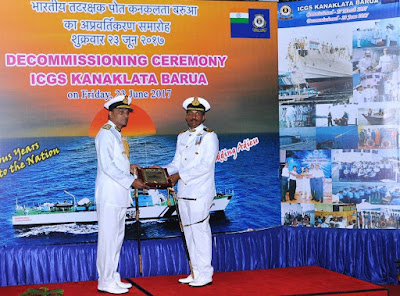 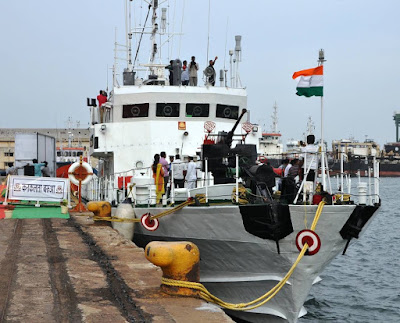 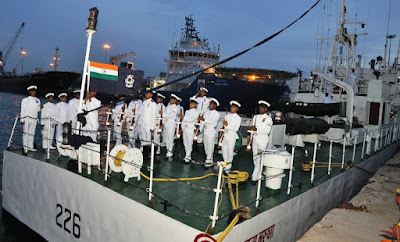 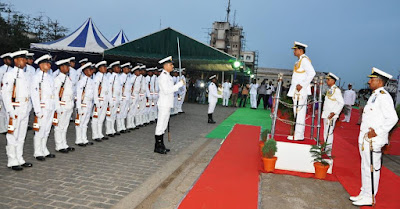 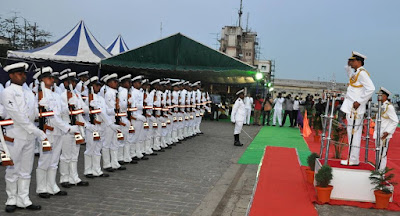 As the sun disappeared over the horizon a glorious era of Indian Coast Guard Ship Kanaklata Barua comes to an end.  The ship was decommissioned with full armed forces honours, in a traditional ceremony that was held at Chennai port.  The ceremony was presided over by Additional Director General K Natarajan, Coast Guard Commander (Western Seaboard).  The occasion was graced by various civil and military dignitaries besides previous Commanding Officers and crew of the vessel.

ICGS Kanklata Barua, the third ship in the Priyadarshini class of Fast Patrol Vessels of Indian Coast Guard has served the nation for more than 20 years.  The ship was built at M/s GRSE, Kolkata and was commissioned into Indian Coast Guard service on 27 Mar 1997 by His Excellency Shri KV Raghunath Reddy, Governor of West Bengal at Chennai.  The commissioning Commanding Officer of the ship was Commandant K Natarajan. The ship has the honour of serving two Coast Guard Regions since commissioning.  The ship was rebased to Andaman & Nicobar Region on 15 Apr 1999.

During her lifespan, ICGS Kanaklata Barua sailed for 2124 days at sea and has covered a total distance of 2,65,945 nm.  She participated in various missions in fulfilment of CG Charter of duties.  During these missions, she saved 67 valuable lives in 15 SAR operations, apprehended 57 foreign fishing vessels and 320 crews responsible for poaching in Indian EEZ and evacuated 300 personnel during various relief operations. The ship has also provided towing/ Salvage assistance to 08 vessels thereby ensuring protection of property at sea.  During the 20 years in commission, the ship has seen 13 Commanding Officers.

During the ceremony, an impressive Guard of Honour was paraded and with sunset, the Coast Guard Ensign was hauled down on the ship for the last time.  Soon after ‘Decommissioning Pennant’ which is equal to the length of the ship was lowered.  The Commanding officer of the ship Commandant P Pradeep Kumar supervised the final ceremony and made the final decommissioning report to the Commander Coast Guard Region (East).

The chief guest while addressing the crew and esteemed guests present in the ceremony, highlighted the operations and contributions made by this vessel and commended the ship and all her crew for the Yeoman service they have put in for last 20 years for the organisation.