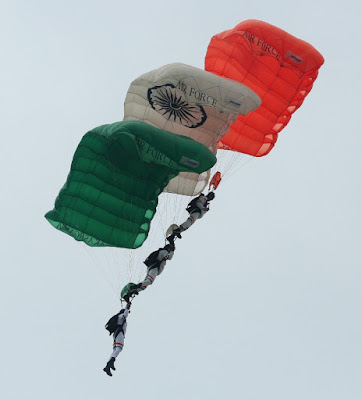 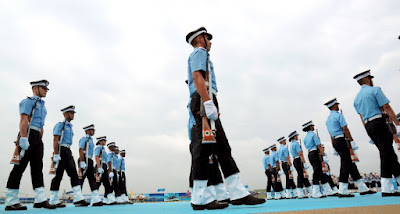 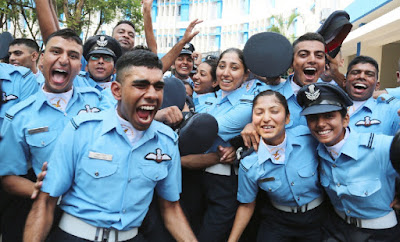 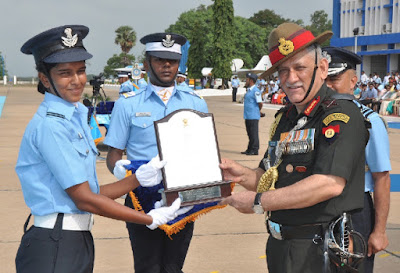 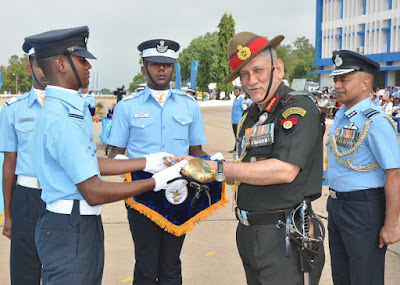 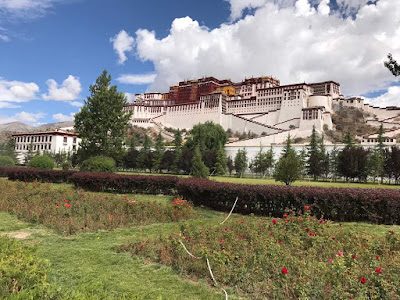 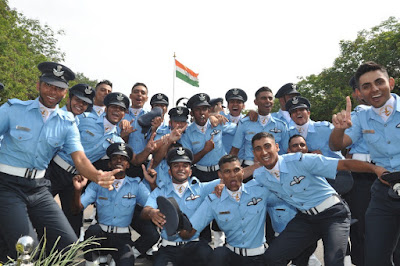 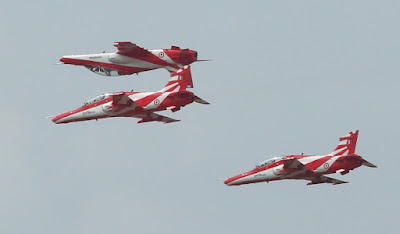 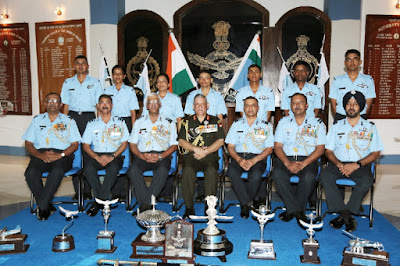 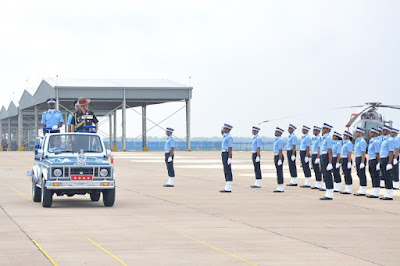 The Spring Term ‘Combined Graduation Parade’ for 199th Pilots and Ground Duty Officers Course was conducted at Air Force Academy, Dundigal in Hyderabad today. The day began early for 120 cadets consisting of 95 male and 25 women cadets when they got ready, one last time, to take part in the parade in the cadets’ ceremonial uniform. The cadets belonged to flying, navigation and ground duty branches of Indian Air Force. With the graduation yesterday, these newly commissioned officers started the first phase of their service career as junior leaders of Indian Air Force.
The Chief of the Army Staff (COAS) General Bipin Rawat was the Reviewing Officer of the Combined Graduation Parade wherein he conferred the ‘President’s Commission’  on behalf of the honourable President  of India to the graduating Flight Cadets who had successfully completed their basic and professional training. Commissioning symbolises their transformation from cadets into full fledged IAF officers.  The thrilling and exhilarating occasion was witnessed by the proud family members, friends, well-wishers of passing-out cadets and the senior serving and retired officers from the three services.
The Reviewing Officer was received at the venue by Air Marshal SRK Nair, Air Officer Commanding-in-Chief (AOC-in-C) Training Command and Air Marshal Amit Tiwari, Commandant Air Force Academy.  The Reviewing Officer was accorded ceremonial salute by the parade followed by an impressive March Past.  The highpoint of the parade was the ‘Pipping Ceremony’. The Flight Cadets were awarded their ‘Stripes’ (Air Force rank) by the Chief Guest, the AOC-in-C Training Command and Commandant Air Force Academy.  They were then administered the ‘Oath’ by the Commandant of the Academy in the presence of the Chief Guest and other dignitaries.
General Bipin Rawat, the Reviewing Officer after pipping ceremony gave away various awards to the Flying officers who had excelled in training.  Flying Officer Kundarapu Koushik from the Flying branch was awarded President’s Plaque and the Chief of the Air Staff Sword of Honour for standing first in Overall Merit in Pilot Course.  Flying Officer Bhupendra Singh and Flying Officer B Laasya  Vadana  were awarded President’s Plaque for being first in overall merit in Navigation and Ground Duty branches respectively.
Later, addressing the Parade, the Chief of Army Staff complimented the newly Commissioned ‘Flying Officers’ for the exceptional standard of parade and their decision to join Indian Air Force.  Congratulating the passing-out cadets, the Army Chief said, “It is a matter of great pride to review the Combined Graduation Parade and welcome these fine men and women into the Indian Air Force as Military leaders and Aviators”. He emphasised in his address, the importance of core values of Indian Air Force namely, Mission, Integrity and Excellence and exhorted upon the passing out Cadets to uphold these values in professional as well as personal lives.
All the esteemed guests, including proud parents of the graduating trainees and various military and civilian dignitaries were delighted to witness the magnificent parade by the passing out Flight Cadets and were awestruck at the spectacular movements of Air Warrior Drill Team. ‘Akash Ganga’, the skydiving team of Indian Air Force enthralled the spectators with their spectacular para jump performance in the air by dotting the blue sky of Dundigal with colourful parachutes. The spectators were mesmerised with the breathtaking aerobatic display by ‘Sarang’, the helicopter aerobatic team of IAF, ‘Suryakiran’, Hawk aerobatic team of IAF, Chetak helicopter and PC 7 aircraft.
The glittering ceremony  culminated with the newly Commissioned Officers marching-out  in two columns in slow march to the traditional notes of ‘Auld Lang Syne’, the poignant farewell tune played by Armed Forces of the world when bidding adieu to colleagues and comrades,  acknowledging the first salute given to them by their immediate juniors. They marched in absolute synchrony and with purposeful strides as they saluted the Reviewing Officer and crossed through the portals of their alma mater to take-on their future assignments and challenges unstintingly to “Touch the Sky with Glory”.

The Combined Graduation Parade holds a very special place for every Defence officer as on this day they pledge to safeguard the safety, honour and welfare of the country.