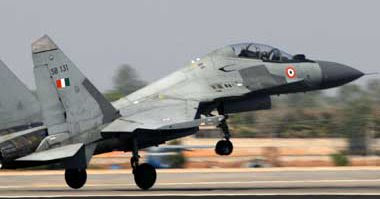 A two seater Su-30 MKI aircraft of IAF, which got airborne from Tezpur Airbase today morning on a routine training mission as part of a two aircraft formation, lost Radar and Radio contact with controlling station at around 1110h. The last reported position was 60 Km North-West of Tezpur. The aircraft was declared overdue and Search and Rescue operations have been activated to locate the aircraft and the pilots. Help from civil administration and military authorities has also been sought for the search and rescue effort.