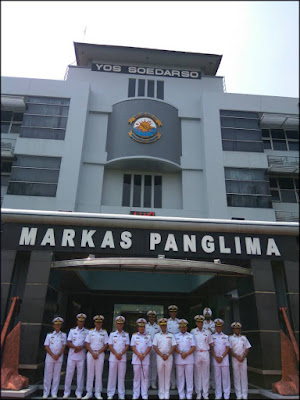 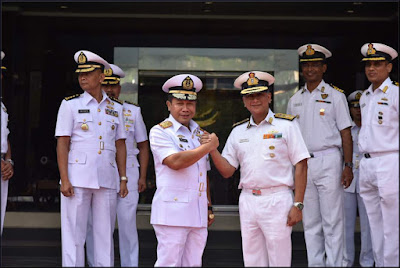 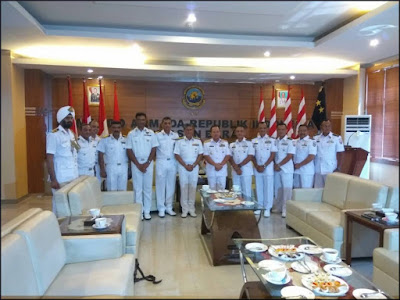 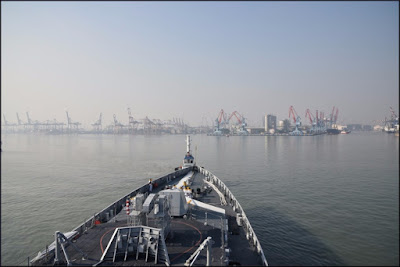 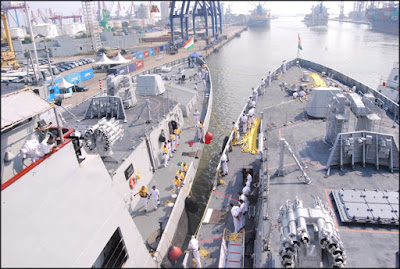 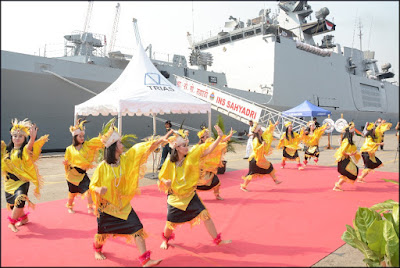 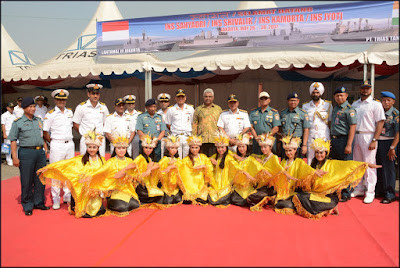 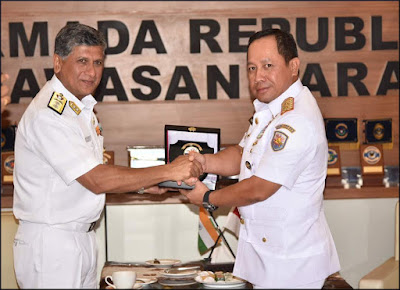 In pursuance of India’s ‘Act East Policy’, Indian Naval Ships Sahyadri, Shivalik, Jyoti and Kamorta under the command of Rear Admiral Biswajit Dasgupta, YSM, VSM, the Flag Officer Commanding Eastern Fleet are on an overseas deployment to the South East Asia and Southern Indian Ocean. Indian Naval Ships Sahyadri and Kamorta are on a port visit to Jakarta from May 26 to May 30, 2017 and to Surabaya from June 01 to June 05.

The visit of the Indian Naval Ships seeks to underscore India’s peaceful presence and solidarity with friendly and harmonious countries towards ensuring good order in the maritime domain and to strengthen existing bonds between India and Indonesia. The two countries share a rich history with deep civilisational links between the two countries. A number of bilateral agreements exist between the two countries in a various spheres. The Indonesian President Joko Widodo had visited Indian in December 2016 and called on his counterpart, Shri Pranab Mukherjee, Hon'ble Indian President and Shri Narendra Modi, the Prime Minister of India. During the visit, the leaders had directed their respective ministers to convene the Defence Ministers’ Dialogue and the Joint Defence Cooperation Committee (JDCC) Meetings to review and upgrade the ‘Agreement on Cooperative Activities in the Fields of Defence’ to a substantive bilateral Defence Cooperation Agreement. The ‘Statement on Maritime Cooperation’ issued during the visit was one of the highlights.

Indian Naval assets have been increasingly deployed in recent times to address the main maritime concerns of the region. In addition, as part of the Indian Government’s vision of SAGAR (Security and Growth for All in the Region), the Indian Navy has also been involved in assisting countries in the Indian Ocean Region with EEZ Surveillance, Search and Rescue, and other capacity-building and capability-enhancement activities. The current deployment will contribute towards the Indian Navy’s efforts to consolidate inter operability and forge strong bonds of friendship across the seas.

Over the past few decades, India has made substantial advances in terms of designing and building warships indigenously and the visiting ships bear testimony to these capabilities. INS Sahyadri, and INS Shivalik both multi-role stealth frigates rare commanded by Captain Anil Jaggi and Captain R Vinod Kumar respectively while INS Kamorta, an Anti-Submarine Warfare Corvette is commanded by Commander Vipin Gupta. INS Jyoti, the fleet replenishment tanker is commanded by Captain S Shyam Sundar.

During the stay in harbour, various activities such as official calls, formal reception on board ships, ships open to visitors, guided tours for Indian naval personnel and professional interaction between naval personnel of both the nations have been planned.