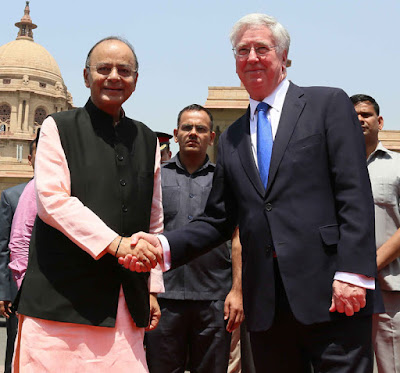 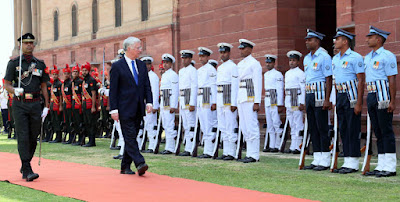 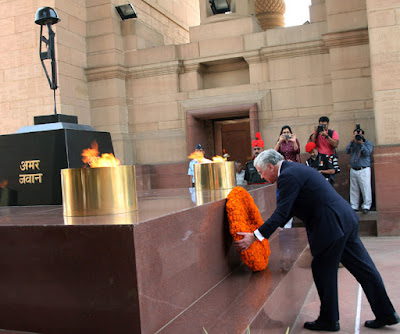 Delivering the inaugural keynote address at “The UK-India Strategic Dialogue: Opportunity and Security in a Changing World”, Sir Michael Fallon said his country is ready to work for “what really India wants” and “looks for”.

This dialogue is organised by Observer Research Foundation in association with the British High Commission as a forerunner to the first UK-India Strategic Dialogue beginning tomorrow.

Explaining how UK had brought about transformation in the defence sector in the past few years, bringing in efficiency and transparency, Sir Michael Fallon said transformation processes can be of great help to India.

He said the transformation has brought in commercial mentality in the ministry. Reforms were effected in the military and procurement procedures.

He, however, cautioned that “none of these (reforms) has been easy” to implement and it took more than five years. Since last year, the defence budget has started growing, he said.

Noting that there is unprecedented opportunity to increase defence cooperation, Sir Michael Fallon said UK is ready to work with Prime Minister Narendra Modi’s slogan of ‘make in India’ and also for ‘make for India’ and ‘design in India and UK’ and export them to other countries.
He said future collaborations would help both the countries.

Meanwhile, the defence forces of both the countries could work together to fight challenges like terrorism and cyber threat. “No country is immune from terrorism and there is a need for joint fight and sharing of intelligence to check terrorism.

Delivering the welcome address, ORF Director Sunjoy Joshi said though the India-UK defence partnership is on sound footing, it is waiting for new avenues to soar.

“It is now time to take the UK-India Strategic Partnership up a notch, through the creation of a joint vision for the bilateral defence relationship as well India-UK efforts to craft a shared agenda for the stability of common spaces in the region,” Joshi said.

He said Britain is, and will continue to remain, an important defence partner. He noted that defence equipment co-operation today covers, among other areas, the supply of AW101 helicopters and Hawk Advanced Jet Trainers.

He said maritime security will be key for Indian aspirations in the Indian Ocean as New Delhi works with other like-minded countries to make sure the region remains stable and sea lanes of communication remain open. So, substantive maritime cooperation between the Indian and British navies, as well as both governments for creating normative regimes, can be an area of engagement for the future.

He said primed for cooperation between India and the U.K. is the manufacture of naval platforms such as surface vessels -- for eg., destroyers, frigates  and air craft carriers -- and sub-surface platforms (conventional diesel electric submarines). U.K.-India collaboration in the manufacture of sub-systems such as electronic warfare systems and sea-based heli-borne platforms are also areas of potential collaboration.

The one-day dialogue had sessions on ‘The role of private industry in the defence sector: The UK experience, the Indian requirement’ and ‘A sea of concern: UK and Indian perspectives on maritime security’ in which experts from India and UK participated.

Email ThisBlogThis!Share to TwitterShare to FacebookShare to Pinterest
Labels: UK