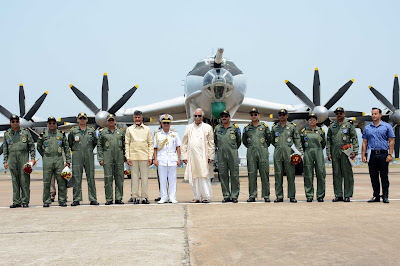 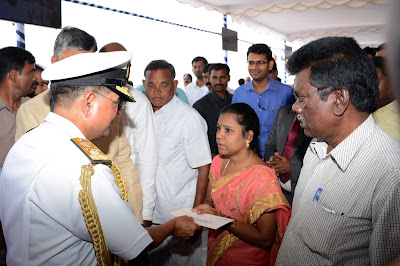 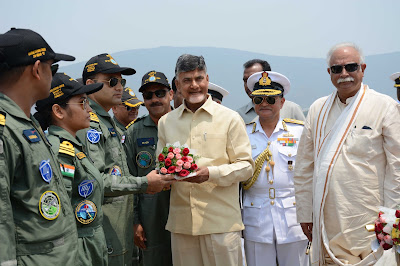 Govt. of Andhra Pradesh had earlier requested the Ministry of Defence for allotment of one de-inducted TU-142M for converting it into a museum. The request of Govt. of Andhra Pradesh is being processed at the Ministry of Defence, New Delhi.  Visakhapatnam Urban Development Authority (VUDA) would be coordinating all activities related to aircraft museum on behalf of Govt. of AP.  The TU is likely to be dismantled and transported by road on trailers and re-assembled on the Beach Road near Kursura Submarine Museum.

With the imposing looks and a lethal punch to match, the TU-142M aircraft which have been nothing short of a ‘Flying Destroyer’, was given an impressive welcome as it landed for the last time at Visakhapatnam by a flypast of three Chetak helicopters, two Kamov  helicopters, two Dorniers, and one P-8I Aircraft. After having served the Indian Navy with pride and élan for 29 years, during which it accomplished 30,000 hrs of accident free flying, the TU-142M aircraft were given a befitting farewell on 29 March 2017 at INS Rajali, India’s premiere Naval Air Station in Arakkonam, Tamil Nadu. Over the years, the TU-142M has rendered yeoman service to the nation and has taken part in all major exercises and operations including Operation Cactus in Maldives, Op Vijay in 1998, Op Parakram in 2002 and Anti-piracy Operations. The Squadron was awarded Unit Citation by the Chief of Naval Staff in the year 2002 for outstanding professionalism and momentous contribution to the Service and adjudged the Best Frontline Squadron on numerous occasions over the years.