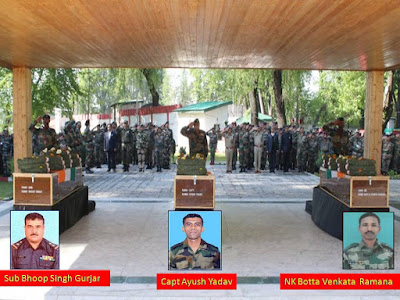 The mortal remains of the martyrs will be taken to their native places for last rites with full military honours.