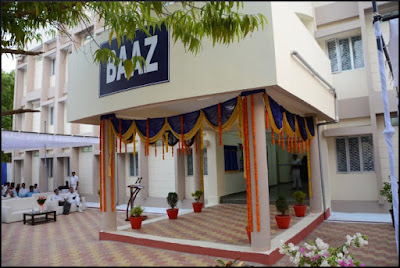 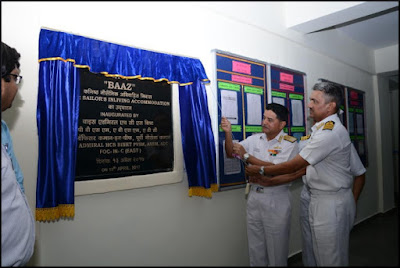 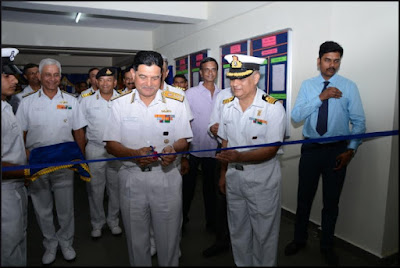 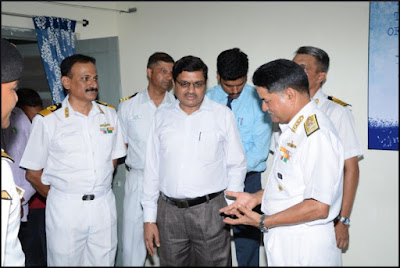 The block consists of 15 dormitories equipped with state-of-the-art beds, individual almariah and reading table. Each dormitory is occupied by eight personnel. The dormitories were provided with all amenities such as water cooler and washing machine etc. The common room is provided with TV and set top box for recreation purpose. During the construction of the block, greenery around the block was retained and no damage was caused to trees conserving the environment. The event was attended by Flag Officers of ENC, Capt SAJoglekar, Commanding Officer of INS Dega and Officers from Naval Air Station Dega.