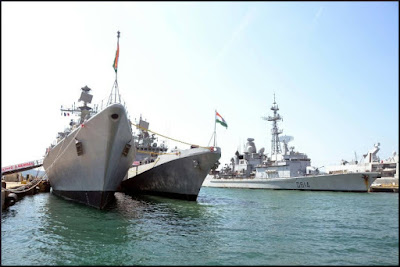 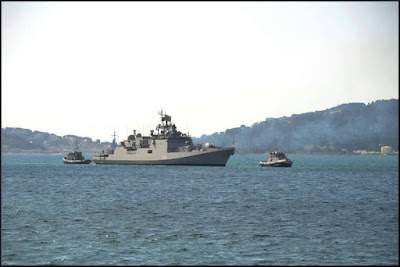 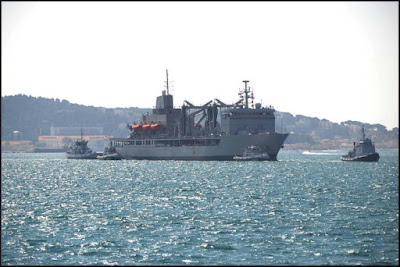 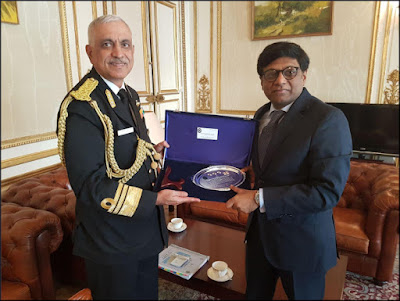 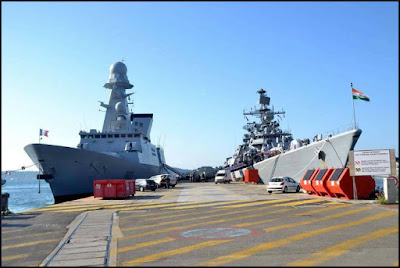 In continuation of the Indian Navy’s overseas deployment to the Mediterranean Sea and West Coast of Africa, three Indian warships INS Mumbai, Trishul, and Aditya, arrived at Toulon for a three day visit today. The ships were warmly received by the Administration in Toulon and the French Navy at Toulon Naval Base in coordination with the Embassy of India. The visiting ships are a part of the Indian Navy’s Western Naval Command and the Task Group is headed by Rear Admiral RB Pandit, the Flag Officer Commanding Western Fleet, who is flying his flag on the guided missile destroyer, INS Mumbai.

On completion of the visit at Toulon, bilateral exercise Varuna between the Indian Navy and the French Navy is scheduled from 24 to 30 Apr 17. The VARUNA series of exercises began in 2000 and have grown into an institutionalised form of interaction between the two navies. The last VARUNA exercise was held off the Indian coast.

The current visit seeks to underscore India’s peaceful presence and solidarity with friendly and like minded countries towards ensuring good order in the maritime domain and to strengthen the existing bonds between India and France. The visit of Vice Admiral Girish Luthra, Flag Officer Commanding-in-Chief Western Naval Command to France, coinciding with the visit of the IN ships to France and conduct of Exercise VARUNA, amply demonstrate the Indian Navy’s engagement with the French Navy.

The FOC-in-C West is scheduled to visit the French frigate FNS Auvergne, a French Nuclear Submarine Unit, as well as an Underwater Weapons Facility. He would also call on senior official in France, including Vice Admiral Charles-Henri du Che, Commander-in-Chief of the Mediterranean Sea Area (CECMED).

Relations between India and France have traditionally been close and friendly. Defence cooperation between India and France has grown substantially in the recent past and the interaction between the Indian Navy and the French Navy has been one of the cornerstones of this framework. With the establishment of the strategic partnership in 1998, there has been significant progress in all areas of bilateral co-operation including defence, nuclear energy and space. A high level committee for defence cooperation between the two countries at the level of Defence Secretaries met in Paris in 2015. Bilateral exercises such as Garuda, Shakti and Varuna have been a regular feature between the two nations.

The IN warships will engage with the French Navy during their stay in the country and a number of professional interactions including the bilateral exercise VARUNA, sports and social engagements are planned. The visiting IN ships will host a reception onboard tomorrow. The interaction between two professional navies will go a long way in enhancing co-operation and understanding between the two.