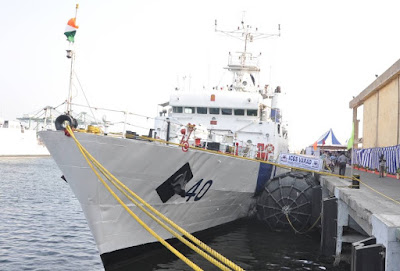 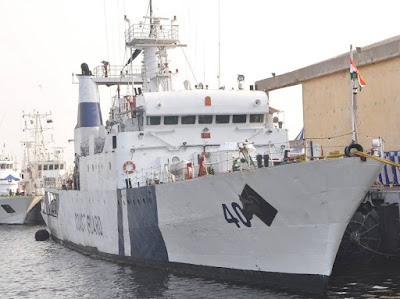 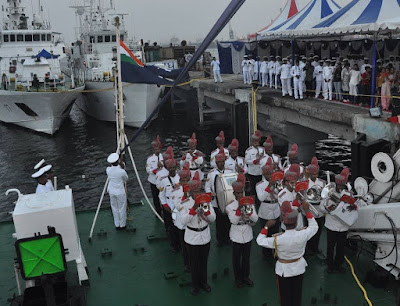 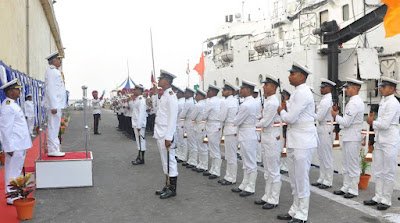 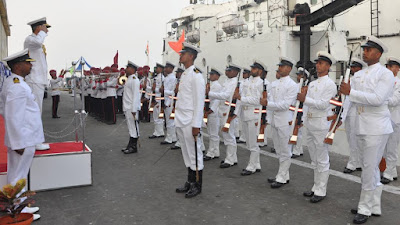 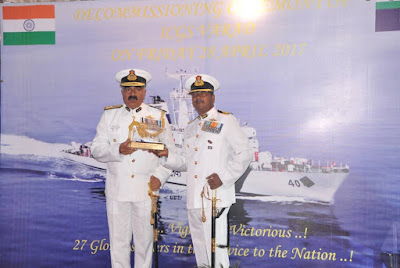 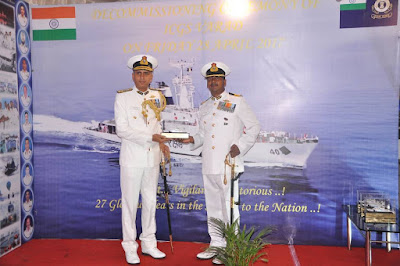 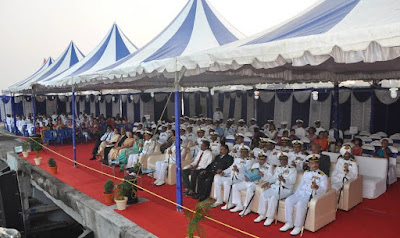 As the sun disappeared over the horizon today (28th Apr 2017), a glorious era of Indian Coast Guard Ship VARAD came to an end.   The ship was decommissioned in a traditional naval ceremony that was held at Chennai Port.  The ceremony was presided over by Inspector General Rajan Bargotra, Commander Coast Guard Region (East).  The occasion was graced by various civil and military dignitaries besides previous commanding officer and crew of the vessel.

ICGS Varad is the eighth ship in the series of Vikram class offshore patrol vessels built by Goa Shipyard Limited.  It was launched on 02 Sep 1989 and was commissioned on 19 Jul 1990 by His Excellency Shri Khurshid Alam Khan, The Governor of Goa, with a pennant number 40 and international call sign VTMP.   The name Varad was derived from a Sanskrit phrase ‘Sahayadri Varad Hast’ which means “Granting Wishes”.

During the ceremony, an impressive guard of honour was paraded and with sunset the coast guard ensign was hauled down on the ship for the last time.  Soon after ‘Decommissioning Pennant’ which is equal to the length of the ship was lowered.  The Commanding Officer of the Ship Commandant Anwar Khan, Commanded the ceremonial parade and made the final decommissioning report to the commander coast guard region (East).

The commander coast guard region (East), which addressing the crew and esteemed guests present in the ceremony, highlighted the operations and contributions made by the vessel and commended the ship and all her crew for the yeoman service they have put in for last 27 years for the organization.