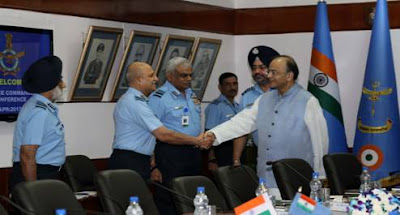 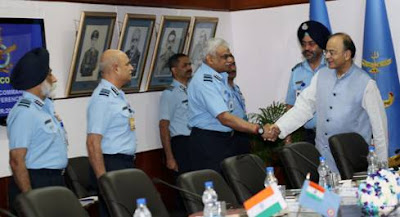 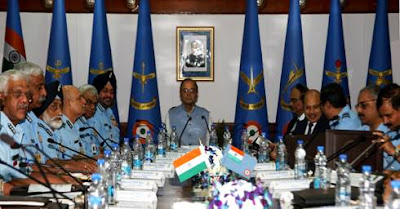 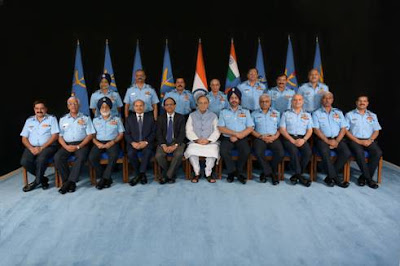 The CAS updated the Hon'ble Raksha Mantri on the operational status of IAF and the progress on infrastructure development. He highlighted the efforts made to enhance aircraft serviceability towards maintaining operational readiness of Indian Air Force. Achievements during the recently conducted pan IAF and international exercises with friendly foreign countries were also covered by the CAS. He further elaborated the actions initiated for enhancing operational effectiveness and the future roadmap of IAF.

The Hon'ble Raksha Mantri deliberated on the challenges to Defence Forces due to the rapidly changing geo-political situation in the world and the uncertainties existing in the region. He commended IAF for having successfully conducted various military exercises and operations towards Humanitarian Assistance and Disaster Relief both within and outside the country. Acknowledging IAF's capability as the first responder especially in face of a natural calamity he emphasised the resolve of the government in expediting approved modernisation programmes of the Service.

During the three day conference, senior leadership of the IAF would deliberate on issues pertaining to enhancement of combat effectiveness and development of human resources and infrastructure. To encourage indigenisation and enhance self-reliance in defence manufacturing a day long interactive session has been planned with delegations from HAL, BEL and other Defence PSUs. The CAS would also present trophies for excellence in various domains including cyber, communication, sports and welfare activities