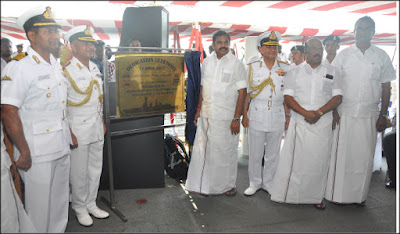 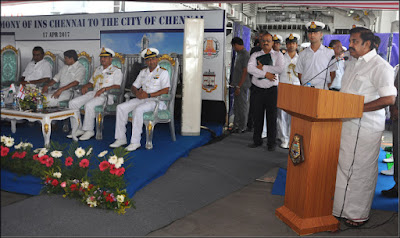 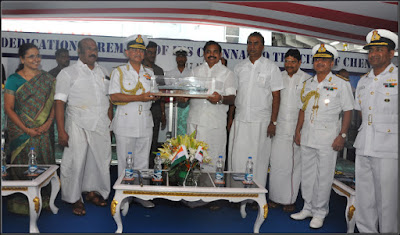 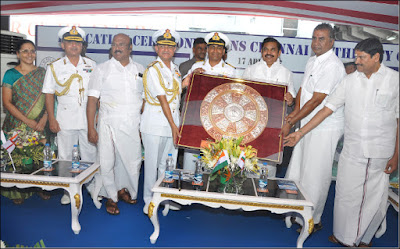 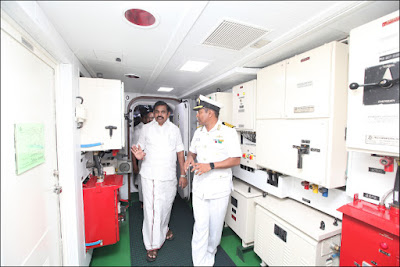 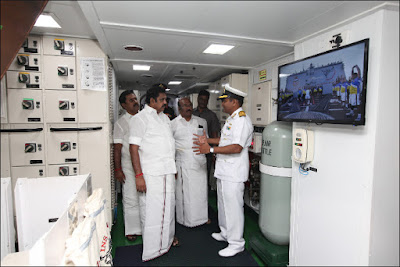 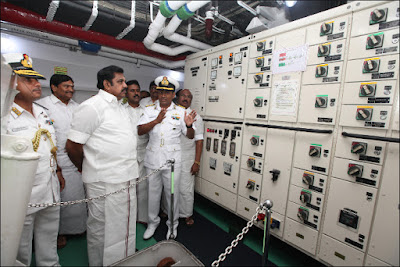 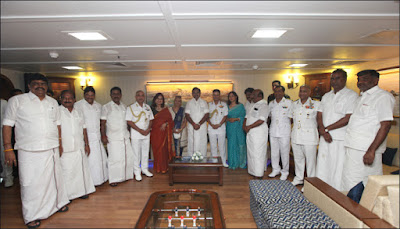 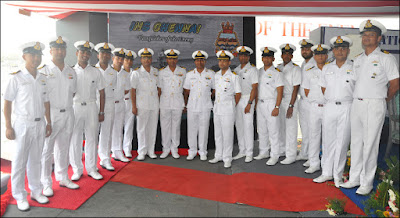 On his arrival, the Chief Minister was received by Vice Admiral HCS Bisht.  During his inaugural address, Vice Admiral HCS Bisht stated that the Indian Navy is fully geared up to meet the challenges at sea due to potent weapon platforms like the Chennai. He reaffirmed the Navy’s commitment towards the Government of Tamil Nadu and provide help to the people whenever called for.

The event was characterised by closely coordinated sequence of drills and events leading to formal unveiling of the plaque by Hon’ble Chief Minister. On completion of the dedication ceremony, the Hon’ble Chief Minister presented a memento to the ship which will not only find a suitable place but also remind of the association the ship has with the city of Chennai.

Named after the iconic port city of Chennai, the ship has a complement of about 45 officers and 395 personnel.  The ship is under the command of Captain CR Praveen Nair.