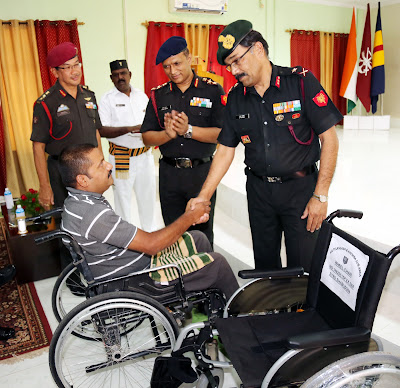 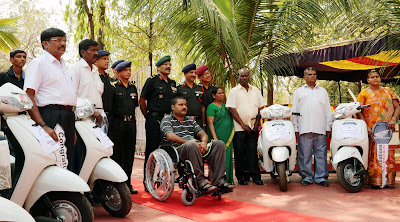 The Telangana and Andhra Sub Area (TASA) organised a function to honour and felicitate brave soldiers of the Indian Army who had sustained injuries in their line of duty at the Jeet Singh Auditorium in Secunderabad today.

During the event, Major General Sharabh Pachory, General Officer Commanding, TASA on behalf of Adjutant General’s Branch (Rehabilitation & Welfare section) in a formal ceremony handed over modified scooters and wheel chairs to seven soldiers (including four veterans) who were present along with their family members.

The event was marked by the presence of a large gathering of serving and retired Army personnel and families and was reflective of the sense of commitment of the military fraternity towards their veteran brethren and former comrades at Arms.