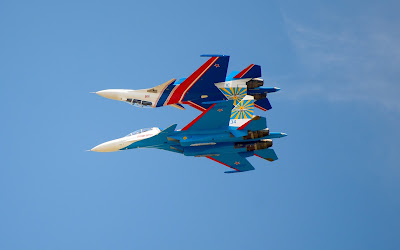 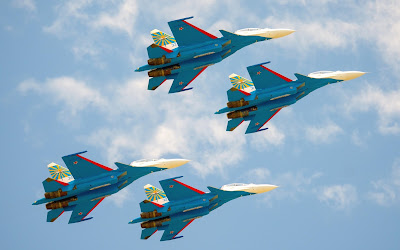 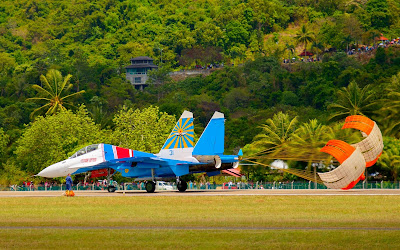 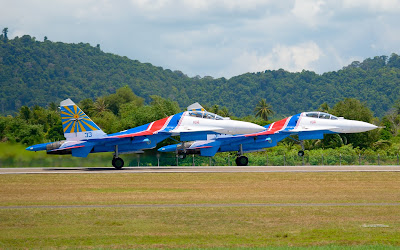 In the opening of the press conference, LtGen Andrey Yudin stated that Su-30MKM fighters, which were flown by the “Russian Knights” aerobatic team in Malaysia, featured essentially new
piloting and combat capabilities.

The lead pilot of “Russian Knight” Col Andrey Alekseev stressed: “It is the great honour for us to represent Russian Air Force with the best-in- the-world Su-30SM fighters, here in Malaysia.

He also claimed that the new aircraft are completely comfortable for pilots. “All pilots of our aerobatic team have mastered Su-30SM, so we will start to demonstrate aerobatics of six-aircraft
formation soon,” he added.

While speaking at the press conference, President of the Irkut Corporation Oleg Demchenko, named “Russian Knights” pilots as the national treasure of Russia.

Email ThisBlogThis!Share to TwitterShare to FacebookShare to Pinterest
Labels: Sukhoi