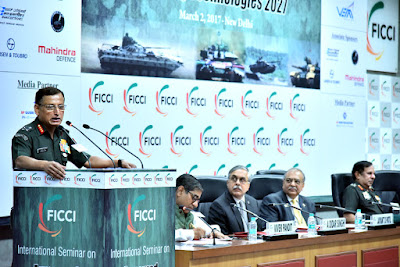 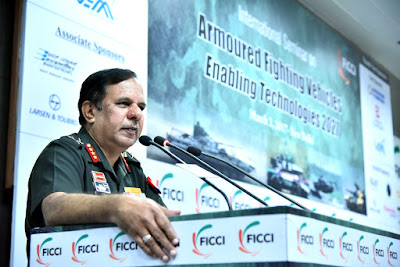 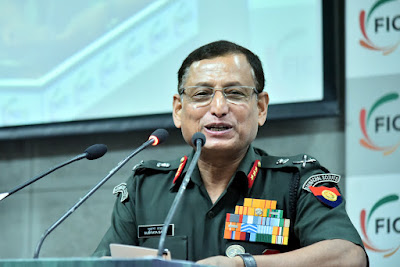 Lt. Gen. Subrata Saha, Deputy Chief of the Army Staff (P&S), Indian Army, declared here today that the future battlefield will be such that every combat vehicle would have to fight in isolated pockets and surmount obstacles such as habitations of people with varying degrees of population density.

Speaking at the FICCI’s International Seminar on Armoured Fighting Vehicles: Enabling Technologies 2017, Lt. Gen. Saha said that with the collaboration of the industry and the academia, the Indian Army would be able to cross these hurdles. He expressed confidence that “We will win every war with Indian solutions.”

Lt. Gen. Saha said that the Indian Army was currently looking at upgradation of all its systems and to that end interactions with the industry and academia have been stepped up. The results of these efforts are manifest in the increase in the number of RFIs (Request for Information) and EOIs (Expressions of Interest) as well as value and number of CFA approvals by the MoD for the production of defence equipment by the Industry. The momentum generated needs to be sustained, he emphasized.

Lt. Gen. AB Shivane, Director General, Directorate General of Mechanized Forces, Indian Army, said that the character of the future battlefield mandates a combined effort of all the three arms of the defence forces as well as combat vehicles, Artillery, Combat Aviation, Air Defence on the move, and the ability to communicate in Network centric mode, in order to achieve a holistic growth of an enlarged mechanized system.

He that the Indian operational environment was defined by turbulent borders and therefore it was essential to find Indian solutions for the needs of the Indian Army. The “Boots and Tracks on the ground are here to stay”, he said. Surveillance and net centrality are the key to future wars to provide “combat overmatch”.

Emphasising on the need for long-term planning and sustenance, Lt. Gen. Shivane said that a capability building strategy must ensure a high degree of awareness of situational dominance, combat; overmatch which is a key factor for technological upgradation; ability to see the next generation technologies well in time and focus on R&D and S&T for future AFVs (Armoured Fighting Vehicles). He enumerated the diverse opportunities for the Indian industry in manufacturing equipment for the Indian Army and laid out the expectations from the Industry. These are adherence to promise and delivery in terms of competence and time, industry’s capability to provide life-cycle support and provide technologies that prevail over cost.