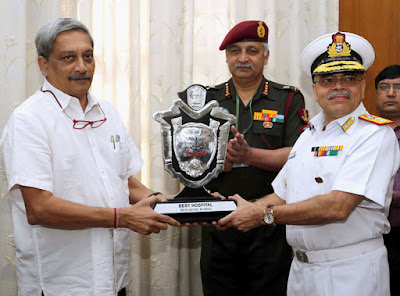 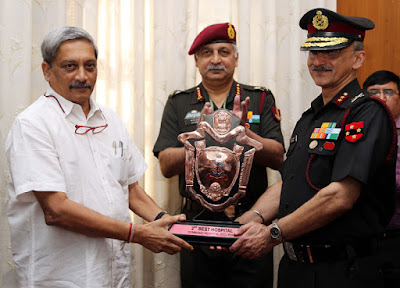 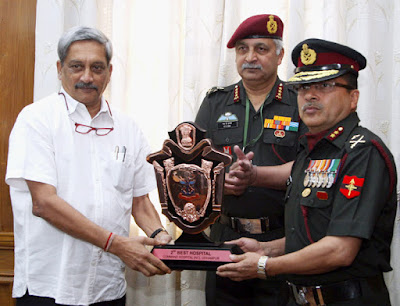 Congratulating the award winners the Defence Minister praised the yeoman service being rendered by the AFMS over the years both in war and peace. He stated that the Ministry is putting constant efforts to modernize the medical establishments of the Armed Forces. Shri Parrikar complimented the AFMS for the excellent work in provision of contemporary and comprehensive healthcare and expressed hope that it will continue to perform with the same zeal and energy to achieve the goals and objectives.

The Raksha Mantri’s Trophy was instituted in 1989 to create a healthy competition among the Command Hospitals of the Army and its equivalent Hospitals in the Navy and Air Force. The Best and Second Best hospital are adjudged on the basis of a number of objective criteria by a committee headed by DCIDS (Med).

The function was also attended by the Chief of the Army Staff General Bipin Rawat and several Senior Officers from the three Services and the Ministry of Defence.