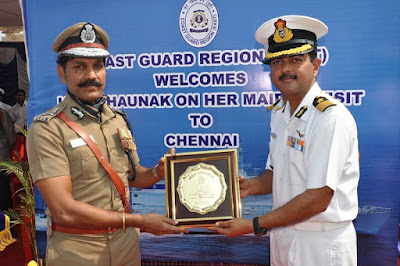 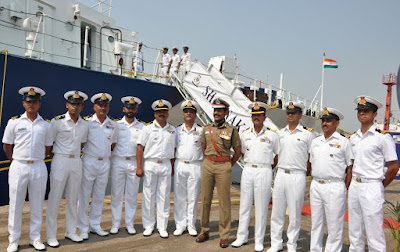 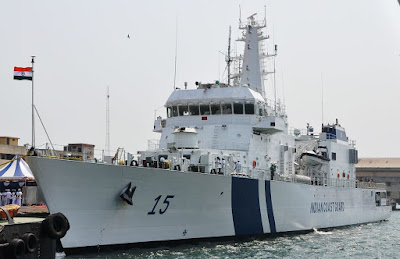 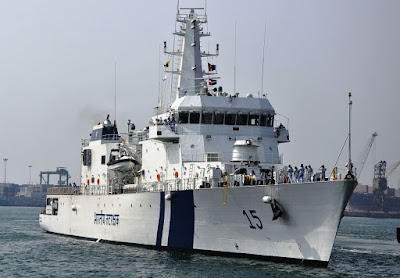 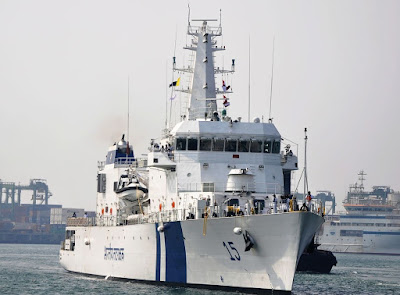 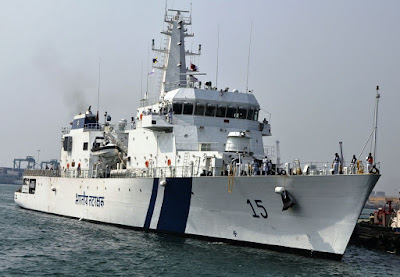 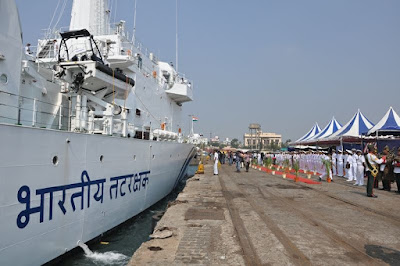 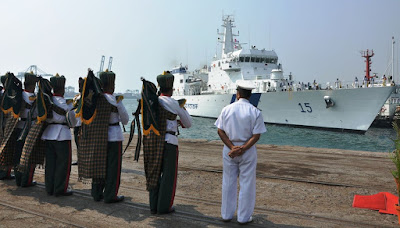 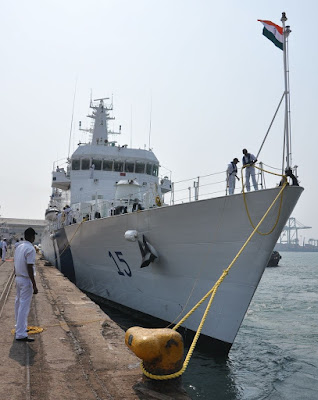 Coast Guard Ship ICGS Shaunak was commissioned on 21 Feb 2017 at Goa by Honorable Union Railway Minister Shri Suresh Prabhu.  ICGS Shaunak is a new Offshore Patrol Vessel (OPV) class ship with a length of 105 Mts, speed 23 Knots/hrs and endurance of 20 days. The ship has joined the Eastern Region fleet and is based at Visakhapatnam. Coast Guard Region (East) organized a ceremonial welcome to ICGS Shaunak at 0900 hrs on 19 Mar 2017 at Chennai port.  Shri C Sylendra Babu ADGP Coastal Security Group was the Chief Guest for the welcome Ceremony.
ICGS Shaunak is commanded by Deputy Inspector General T Sashi Kumar, and manned by 14 Officers and 98 Men.  The ship will be under the administrative and operational control of the Commander, Coast Guard Region (East).

The services of ICGS Shaunak will enhance the Indian Coast Guard’s operational capability to discharge the multifarious maritime tasks. The induction of a sophisticated and state-of-the-art OPV will give a fillip to the maritime protection of our vast coastline of Eastern seaboard in general and the maritime states of Eastern Region viz. Andhra Pradesh and Tamil Nadu in particular.