DRDO Hands Over its Developed Products to Indian Army 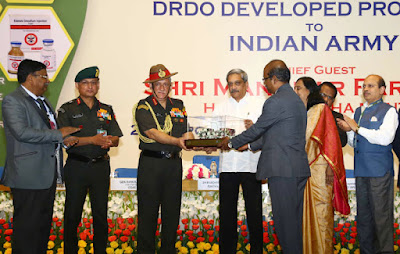 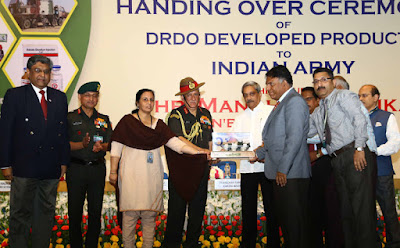 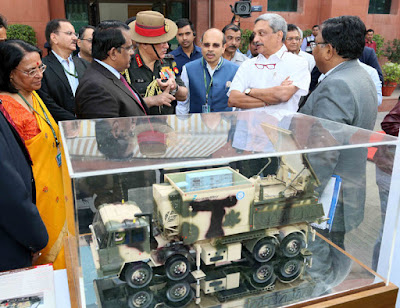 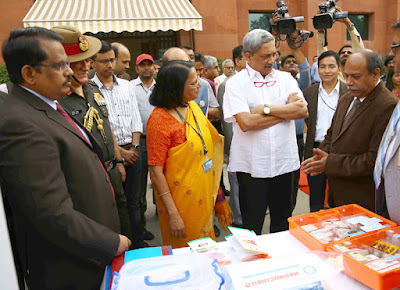 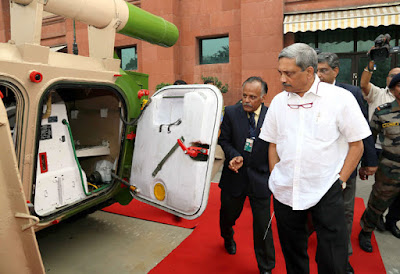 Defence Research and Development Organisation (DRDO) handed over three of its products for induction into the Indian Army in a formal function here today. The products are namely (i) Weapon Locating Radar (WLR), SWATHI, (ii) NBC Recce vehicle and (iii) NBC Drugs. The Defence Minister Shri Manohar Parrikar who presided the function handed over the products to the Chief of the Army Staff General Bipin Rawat on behalf of DRDO.

Addressing the function the Defence Minister congratulated DRDO for the series of recent trials including the interceptor missiles. He complimented DRDO scientists for handing over equipment to the Indian Army. Shri Parrikar said that DRDO, Defence Forces, PSU’s and Private Sector industry’s partnership can be a game changer in the near future.

The Chief of Army Staff, General Bipin Rawat after receiving the products complimented the DRDO for achieving another milestone in their continuing success stories. He was optimistic that at this speed, modernisation of Indian Army would move at a much faster pace.

Speaking at the function the DRDO Chairman and Secretary Department of Defence (R&D) Dr. S Christopher said “after Navy and Air Force, time has now come to handover our products to the Army and it is a proud moment for all scientists in DRDO”. He stressed that the co-development approach of involving DRDO, user and the industry would speed up projects.

DRDO has been developing a number of products for the Indian Army in support of their field operations and welfare of soldiers on ground. Many of these products have been inducted and are presently operational in field units. In 2016, the Weapon Locating Radar, NBC Recce Vehicle and a set of NBC Drugs had been successfully tested after extensive evaluation by competent evaluation teams/bodies.

Weapon Locating Radar (WLR), SWATHI, developed by DRDO’s Electronics & Radar Development Establishment (LRDE), provides fast, automatic and accurate location of all enemy weapons like mortars, shells and rockets firing within in its effective zone of coverage and simultaneously handles multiples projectiles fired from different weapons at different locations. The system is capable of adjusting the fire of our own artillery weapon also. The weapon includes 81mm or higher calibre mortars, 105mm or higher calibre shells and 120mm or higher calibre free flying rockets. Thus WLR has two roles to perform i.e. Weapon Location Mode for enemy Artillery and Direction of Own artillery Fire (DOOAF) Mode for our own Artillery.

The NBC Recce Vehicle Mk-I, is developed by Vehicles Research & Development Establishment (VRDE) for carrying out post event recce of Nuclear, Biological and Chemical Contaminated areas. It is capable of collecting solid and liquid samples of biologically contaminated areas, mark the nuclear and chemical contamination zone and transfer the recce data speedily to support formations. On successful development of NBC RV Mk-I in association with DL, Jodhpur, the equipment was approved for induction into the Services.

DRDO’s INMAS is actively engaged in research in the field of radio protectors, de-corporating agents and antidotes for Chemical, Biological, Radiological and Nuclear (CBRN) emergencies, combat casualty care and other life saving drugs. INMAS has carried out extensive research and laboratory trials in the past two decades to develop formulations for use as antidotes and de-corporating agents for CBRN emergencies. Out of the several formulas developed by INMAS, 15 drugs have been identified for induction.