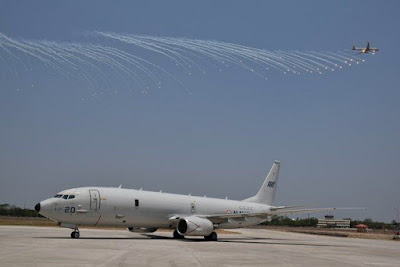 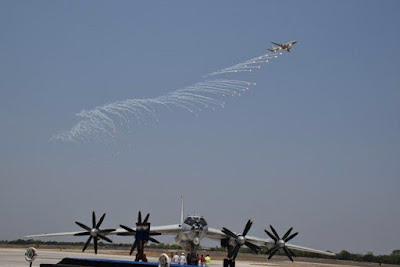 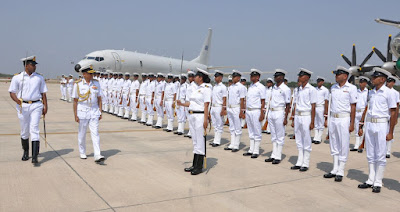 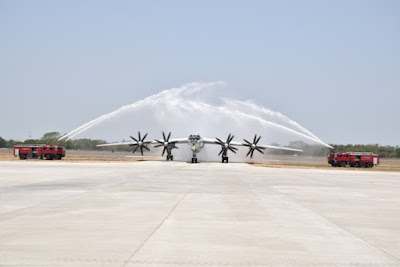 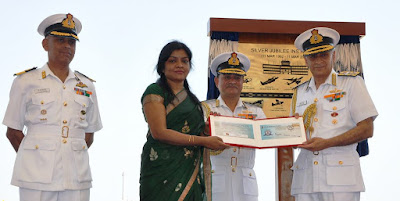 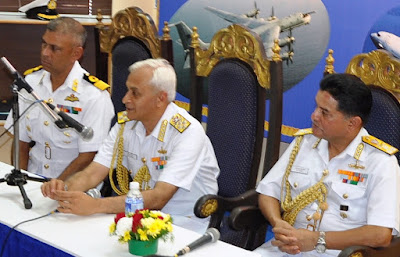 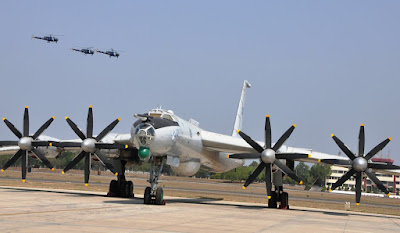 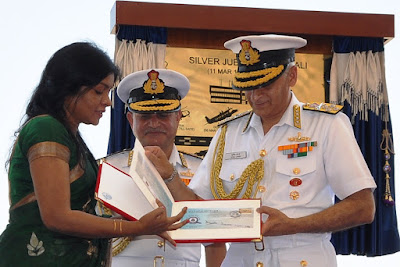 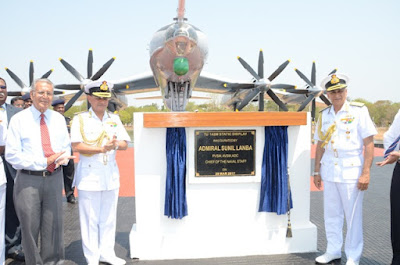 After having served the Indian Navy with pride and élan for 29 years, during which it accomplished 30,000 hrs of accident free flying, the TU142M aircraft were given a befitting farewell in a special ceremony organised today (29 Mar 2017) at INS Rajali, India’s premiere Naval Air Station in Arakkonam, Tamil Nadu. The ceremony was attended by Admiral Sunil Lanba, PVSM, AVSM, ADC Chief of the Naval Staff, Vice Admiral HCS Bisht, Flag Officer Commanding­in­Chief, Eastern Naval Command, serving and retired officers and men, who have served in the INAS 312 and other senior officials from the Navy as well as from civil administration.

Speaking on the occasion, Admiral Sunil Lanba lauded the stellar role played by TU142M aircraft in the defence of the country as a Maritime Reconnaissance and Airborne ASW aircraft. He recollected the crucial role played by the Squadron in Operation Cactus in Maldives, where fleeing mercenaries were detected and tracked till they were apprehended by Indian warships. The Admiral also mentioned the maiden participation by TU’s as the first Indian Naval Aircraft in the Republic Day flypast at New Delhi on 26 Jan 1999. He also acknowledged the professionalism of the pilots, the maintainers and all those personnel associated with flying and maintaining the aircraft in peak efficiency during their service. The rich legacy of the Squadron would continue as the baton is being passed on to the proud crew of the worthy successors viz. the P­8 I Squadron, said the Admiral.   With the imposing looks and a lethal punch to match, the TU14M aircraft which have been nothing short of a ‘ Flyin g D e s t r o y e r’ , were given an impressive farewell as they flew for one last time today along with three Chetak helicopters, two Dorniers, one each IL­38 and the Boeing P­8I. In appreciation of the stellar service of the TU142M aircraft, a TU Static Display was also inaugurated by the Chief of Naval Staff at lNS Rajali.

INAS 312 was commissioned on 18 Nov 1976 at INS Hansa, Goa with five Lockheed L1049G Super Constellation aircraft acquired from No. 6 Squadron of the IAF. After de­induction of Super Constellation from the squadron in 1983, TU­142M LRMR ASW aircraft was inducted into INAS 312 on 16 Apr 88 by the then Defence Minister, Mr KC Pant at INS Hansa. The squadron later shifted its base to the East Coast of India in Apr 92 and has since then been based at INS Rajali, Arakkonam (Tamil Nadu). In fact, the first TU142M landed at Rajali on 07 Mar 92 and from here started a glorious chapter of Long Range Maritime Air Operations of the Indian Navy. The TU142M truly brought in the era of dominant Maritime Reconnaissance and Airborne ASW for the Indian Navy and has always been counted as amongst the best and the most feared LRMR platforms in the world.
INAS 312 has the unique distinction of operating the heaviest, fastest and highest flying turbo prop in the world namely the TU­142M which has been the mainstay of LRMR and ASW operations of the Indian Navy for close to three decades. Over the years, the TU­142M has rendered yeomen service to the nation and has taken part in all major exercises and operations including Operation Cactus in Maldives, Op Vijay in 1998, Op Parakram in 2002 and Anti­piracy Operations from 2011 till date. The Squadron was awarded Unit Citation by the Chief of Naval Staff in the year 2002 for outstanding professionalism and momentous contribution to the Service and adjudged the Best Frontline Squadron on numerous occasions over the years.

After 29 years of dedicated service, the TU­142M LRMR ASW aircraft was drawn down today (29 Mar 17). Commander Yogender Mair, the last Commanding officer of the squadron with TU142M aircraft handed over the reins to Commander V Ranganathan, who will be the first Commanding Officer of the Squadron with the Boeing P­8I aircraft. The Boeing P­8I aircraft dedicated to the nation by the erstwhile Defence Minister, Mr Manohar Parrikar on 13 Nov 15, is the third type of aircraft, after the Lockheed L1049G Super Constellation and the TU­142M aircraft, to be operated by INAS 312. The P­8I aircraft has proven all its systems and has been fully integrated into the operational grid of the Indian Navy.

The other event of milestone proportion was the celebration of Silver Jubilee of INS Rajali the air station which was synonymous with the TU’s, and its home for the last 29 years. A special cover was also released by the Postal department to mark the occasion.