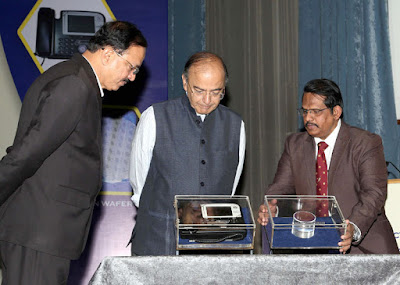 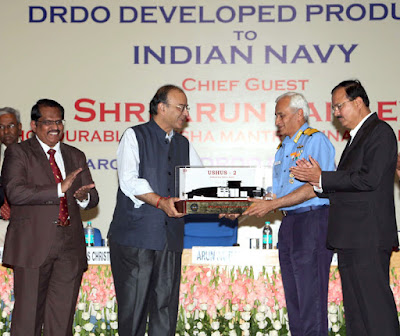 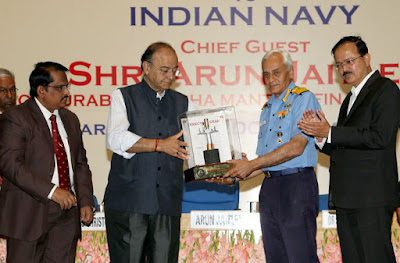 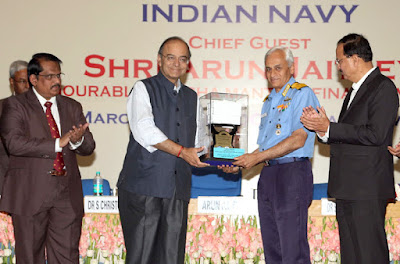 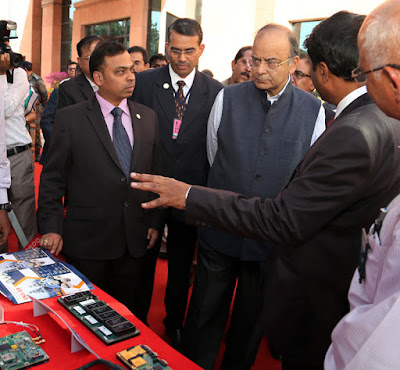 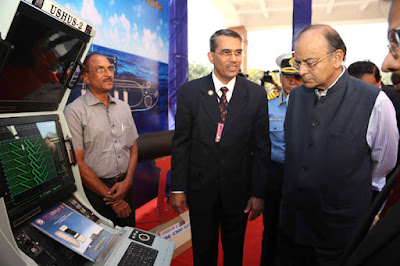 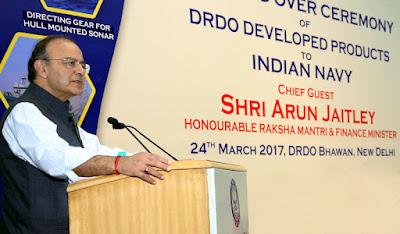 The Minister of Defence, Finance and Corporate Affairs Shri Arun Jaitley handed over three Naval Systems indigenously developedby Defence Research and Development Organisation (DRDO) to the Chief of the Naval Staff, Admiral Sunil Lanba here today. The Minister also released two other products developed by DRDO namelyIP-based Secure Phone and the Gallium Nitride Technology. Speaking on the occasion Shri Jaitley remarked that DRDO is becoming an important instrument for self-reliance of the nation. He stated that some of the best innovations have come from the pool of scientists of DRDO.  The Defence Minister also said that great societies and nations are made through people working on important tasks in anonymity, like the DRDO scientists who were honoured today.  Shri Jaitley also said that in the modern world, societies that invent and innovate will make faster progress.

The Minister gave away the annual DRDO awards in various categories during the function. Apart from the scientists and teams who won awards in various vistas of technological excellence, the Advanced Systems Laboratory, Hyderabad and the Microwave Tube Research & Development Centre, Bangalore won the coveted Silicon Trophy and Titanium Trophy respectively.

The Naval Systems handed over to the Indian Navy are USHUS-II Submarine Sonar, Directing Gear for Hull Mounted Sonar Array, and RLG based Inertial Navigation System for Ship Applications (INS-SA). The export potential of DRDO technologies also received due recognition during the function, with the announcement of the bagging of export order for DRDO-developed torpedo to Myanmar.

Speaking on the occasion Dr. Subhash Bhamre, Minister of State for Defence said DRDO is playing an important role in self-reliance of Defence Forces and the export potential of the Organisation is finding a place in the global Defence market. He congratulated all the awardees and their families.

Chairman, DRDO and Secretary, Department of Defence (R&D)Dr. S Christopher in his address said the Defence Acquisition Council cleared order value of DRDO products has gone uptoRs. 2.56 lakh crore out of which about Rs. 1 lakh crore was in the last two years alone.

Sonars are the eyes and ears of a submarine under water. DRDO has developed the State-of-the-Art submarine sonar suite, USHUS-II, a highly evolved compendium of multiple sensors. The constituent sonars in the suite include passive sonar, active sonar, intercept sonar, obstacle avoidance sonar and underwater telephony.

Directing Gear is an electro-mechanical system that supports the transducer array of hull-mounted ship sonar systems and rotates it at a controlled speed for in-situ acoustic calibration at Harbour and Sea.

With the emergence of Gallium Nitride as a state-of-the-art material for MMIC applications, DRDO has established this futuristic technology, which will substantially help in the development of next generation radars, seekers and communication systems, for application in Light Combat Aircraft.
The Secure IP Phone incorporates an indigenous encryption algorithm on a trustworthy hardware platform to provide a high level of secrecy to voice and data, for communication of strategic and tactical plans of the Armed Forces.

The function was also attended by senior functionaries of the Ministry of Defence, Indian Navy, DRDO and industry partners.