US Under Trump Administration May Take 'Fresh Look' At Its India F-16 Plan, Lockheed Martin Reacts 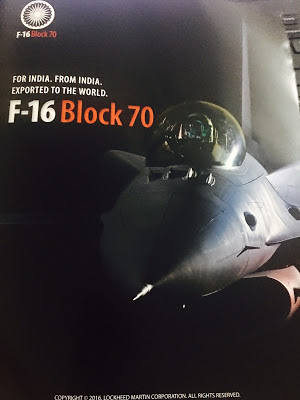 Lockheed Martin Statement: "For several months, we’ve been working with President Trump’s transition and governance teams and leaders in Congress providing information on our many programs and potential business opportunities—including the proposed sale of F-16 fighter aircraft to India.

We’ve briefed the Administration on the current proposal, which was supported by the Obama Administration as part of a broader cooperative dialogue with the Government of India. We understand that the Trump Administration will want to take a fresh look at some of these programs and we stand prepared to support that effort to ensure that any deal of this importance is properly aligned with U.S. policy priorities.  Ultimately, the configuration of any F-16 sale to India will be determined by government to government discussions.

We continue to believe that the F-16 is the right aircraft to meet India’s fighter aircraft needs and the opportunity to sell F-16 aircraft to India represents a significant opportunity for the U.S. economy. The selection of the F-16 by India would preserve U.S. jobs at Lockheed Martin and throughout our U.S. supply chain. It could also create opportunities for future aircraft sales and upgrades by keeping F-16 production active."

MEA India has said- "Its a good value proposition for all foreign manufacturers, under 'Make in India', its for the new administration to decide."

Email ThisBlogThis!Share to TwitterShare to FacebookShare to Pinterest
Labels: F-16